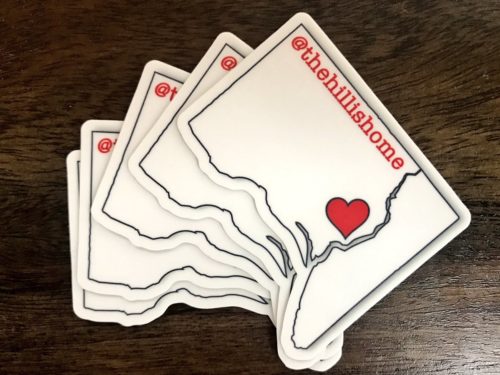 Oh, what a year it’s been! We mostly said hello to all sorts of fun places and friends, though we had a couple of sad goodbyes as well. We got in touch with our roots and got confirmation that our neighborhood is pretty much the best ever. Here is a short recap of some of the stories that made 2017, well, 2017! We look forward to having more fun times –and more neighborhood gripes– in 2018. Thank you as always for reading!

We said goodbye to Armand’s, which fed the pizza-starved masses and tour buses for many a year out of their Massachusetts Avenue location.

We heard an abundance of train whistles (perhaps they were a carryover from the National Anthem we also heard over and over around this time of year?)

2017 seemed to be the year of construction projects on the Hill swiftly moving forward. Penn11 –the home of the original Frager’s Hardware site– finally broke ground. 700 Penn officially opened with a fancy ribbon cutting after years of planning, debate, and construction. And 2018 will bring funding to the Eastern Market Metro Park.

The town homes next to Safeway finished up as ground was broken on another project a half block away, and construction has started on the project to turn the Pennsylvania Ave/NY Pizza site into a new Union Market- style food destination.

Robert told us all about the shotgun shack on E Street SE and of the archaeological dig around it, and we learned more how to deal with construction woes.

2017 was also a big year for supermarkets with the opening of Trader Joe’s at Eastern Market and the Whole Foods on H Street. (Hopefully the one near Navy Yard will finally open soon!)

We learned about the National Capital Brewing Company, and got more acquainted with the great lineup of local music festivals.

Union Pub held onto its #BarMadness title for a second year, cementing its reputation as our readers’ favorite bar.

Our neighborhood and its businesses continued to shine in the City Paper’s reader poll.

We also said hello to Chick-Fil-A and promptly watched the traffic and the litter go bananas on Maryland Avenue. (But the chicken, tho!)

We fell in love with the Anthem.

We had to say goodbye to DCist.

Hill East continued to get the shaft.

The volunteer corps of writers here at The Hill is Home is still chugging along and we approach our 9th anniversary! We designed a new logo, shared a ton of great events on our events calendar and our newsletter brightened inboxes far and wide (sign up here!). We also had some personal and professional milestones of our own, and continue to love the friendships we have developed with our neighbors around the Hill.

What was your biggest neighborhood memory from 2017?

By Your Friendly THIH Neighbor      No Comments