“Hill East Gets the Shaft”

It’s not my words, but those of ANC commissioner Denise Krepp. 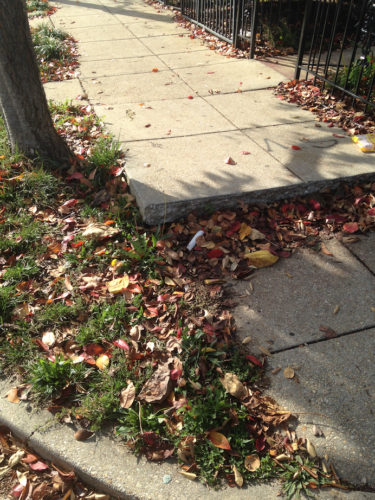 It’s a strong sentiment, sure, but is it far-fetched? I recently spoke with Krepp about the subject, and have since sat back and collected bits and pieces to support this claim. At the time, she and fellow 6B commissioner –and 6B chairman– Daniel Ridge, were expressing their frustration after the October 11 meeting of the Hill East Task Force, a group created to keep track and educate the public on the many projects that have been started in and around Hill East, but which never seem to end. At last week’s meeting, which was summarized here by Capitol Hill Corner, Krepp was expecting a representative from the Office of Private-Public Partnerships (OP3) to talk about plans for Reservation 13 and specifically, a plan for the D.C. Jail. According to Ridge, he was informed by the city that no one from OP3 was able to make that particular meeting. According to a Hill Rag article from early October, the meeting was assembled in the first place as a response to the haziness surrounding the plans for a new jail. After Mayor Bowser tabled a decision to build a new corrections facility at Blue Plains, no decision has been made.

A 10 a.m. announcement from the Mayor’s office the following week made Krepp and Ridge that much more steamed: Reservation 13 was to be one of the sites to be offered up to the gods of Amazon, along with three other sites around the city that would make a patchwork Amazon HQ2. (Thanks for the scans, DCist! You’ll be missed.)

Why would they be upset? Wouldn’t it be nice to see Reservation 13 turned into 1/4 of Amazon’s gleaming new campus? Why would ANC 6B be upset about a parcel of land that is (arbitrarily) part of Ward 7 anyway?

The answer is complicated. What irritates these ANC commissioners is the fact that no city agency revealed these large-scale plans that would affect the population of Hill East in a very direct way. Not DCOP3, which did not show up, and not DMPED, which did show up to the October 11 meeting and which stated that ground will break on a project at the site in the first quarter of 2018, per Capitol Hill Corner.

The problems and lack of decisiveness with Reservation 13 is nothing new. A piece from a few years back written by Charnice Milton chronicles the wait and the possibilities that have yet to materialize. A large parcel of land bounded by ward 6 to the west and the Anacostia river to the east, the area has seen plenty of fairs and Truck Touches, but it’s lingered in neglect for far too long.

It’s frustrating to see the signs of prosperity and care cropping up everywhere else around our ward and everywhere else in the city –gorgeous new wharf, anyone?– while this area, ecologically significant and just as densely populated as its western counterpart, is the recipient of empty promises.

Remember the walk-through with the Mayor last year, when Team Bowser pledged to repave sidewalks, look at the speedway that is 19th Street and fix problems that pedestrians find on their daily commute? What happened to that? Hint: Not much. It took almost a year to repair the sidewalks –some badly, as evidenced in the picture illustrating this post– and 19th Street continues to be a fast thoroughfare. It’s clear that the first priority rests squarely with motorists and not with the pedestrians who need to get across the street.

There have been brutal rapes, murders  and shootings in the Hill East area but there is not much help in keeping dangerous repeat offenders off Hill East’s streets. Repeat offenders like Antwon Pitt tend to go through the system and then come back out to inflict unimaginable horrors to their victims. There is little communication between the neighborhood and the Department of Justice, leading to an overall feeling of disenfranchisement.

And at a crass, daily level, there is litter. Maybe it’s a sign that if no one cares enough about the big crimes, the small crimes don’t matter. This is unfair: Hill East is filled with residents who love it and care for it, and who deserve better than evasive answers, no-shows, or elaborate plans that do not include their opinions whatsoever. Via Twitter, Hill East resident Alan Chagrin recently shared a photo of some very gross litter. When I asked him if he felt there was a litter problem in the neighborhood, he said, “I would say so, yes. Though I’ve seen plenty of neighbors, including [ANC commissioner Daniel Ridge] and his son, picking up litter. So people are already working to clean it up; we just need to work more to prevent it in the first place.”

Hill East has great, committed residents and ANC commissioners who work hard at making the neighborhood better every day.

Finally, let us not forget Relisha Rudd: The pretty girl with the long eyelashes who fell through the cracks in the system and who was taken away from the shelter where she lived in Hill East and who disappeared without a trace. She was our Hill East neighbor.