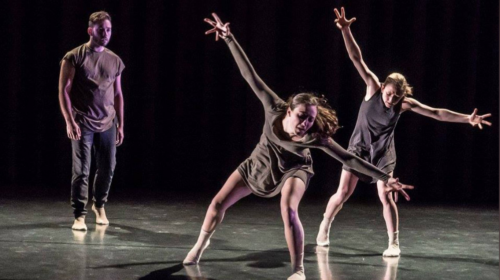 So it looks like we will be spared the worst of Florence, but already many things that had been set for this weekend have been canceled. Veg Fest has been cancelled but the H Street Festival has been postponed until October 13th.

How will we stay dry this weekend?

Tonight, PrioreDance presents Cirque de Nuit at the Atlas Performing Arts Center. This “Circus of the Night,” imagines a fantasy world ruled by jesters and misfits. The performance begins at 8 p.m. and tickets are $10-$20.

Friday is the opening night of Taffety Punk Theatre Company’s production Pramkicker by Sadie Hasler at Capitol Hill Arts Workshop. The brutal but funny story of a woman who loses it in a café one day and kicks a pram. She is sent to anger management and her sister joins her  to protect the other attendees. Tickets are $15 and the show runs through September 29th.

So far, Congressional Cemetery is planning on screening the final Cinematery film of the summer, The Sixth Sense. The M. Night Shyamalan creeper with a twist stars Bruce Willis and if you somehow don’t already know the ending I am very excited for the journey you are about to take. It is a casual BYOB and food affair. The gates open at 6 p.m. and the movie will begin at 7 p.m.  Keep an eye on the Cemetery’s social media feeds for updates on cancellations.

Over at City Winery, singer-songwriter Mason Jennings will be showcasing his newest release.

It is nearly October, so that usually means Hitchcock films begin showing up on screens around town. The Hill center presents Hitchcock in a Beret, a series reflecting the close relationship between Hitchcock and French directors who idolized him. This week’s offering is Bon Voyage & Into Thin Air, directed by Hitchcock himself. Bon Voyage, was made for the French Resistance and a Into Thin Air was a Parisian variation of his popular film, The Lady Vanishes made for television. The event begins at 7 p.m. and is free, but register here.

Saturday, all of your favorite H Street restaurants and bars will be missing the fun and revenue that the festival would have generated so maybe head over and show them some love.

Up Top Acres at The Farm at 55 M Street hosts an end of summer event with Bell’s Brewery from 4 p.m. to 7 p.m.  Chef Colin McClimans will offer dishes paired with four diffeent brews. There will be live music and maybe the rain will hold off so everyone can enjoy the view. Tickets are $35 – $45.

Sunday, put on some fancy pants to support the Hill Center while enjoying some delicious food from our neighbor Aaron Silverman. The award-winning chef and owner of Rose’s Luxury, Pineapple and Pearls and Little Pearl will be serving fives course with their pairings. The evening begins at 6 p.m. and tickets are $275.