Last week, I ended my piece on aircraft at the Capitol with the stern admonition not to try this yourself. Today, I will add a –very small– caveat to that statement: Go ahead and do it if you are a pilot with the Marine Helicopter Squadron One (HMX-1) and have been asked to do so by the White House Military Office.

Not that this happens all too often: only once every four or eight years, in fact. It is how the recently retired President is whisked away from the Capitol after the inauguration of the new President. Almost exactly ten years ago, this particular maneuver was tried out on a quiet Sunday morning. Since the last time that an ex-President departed Washington, the Capitol Visitor Center had been built, and the landing pad was a newly built roof. It was decided to test out the landing and takeoff necessary for the actual event nine days later.

I was given a heads-up that this would happen, and headed over with my son and my (slowly malfunctioning) camera. HMX-1 actually practiced two takeoffs and landings, so the pictures below were not taken in exactly the order they appear in. I have also added a few pictures taken by the military to document the occasion. 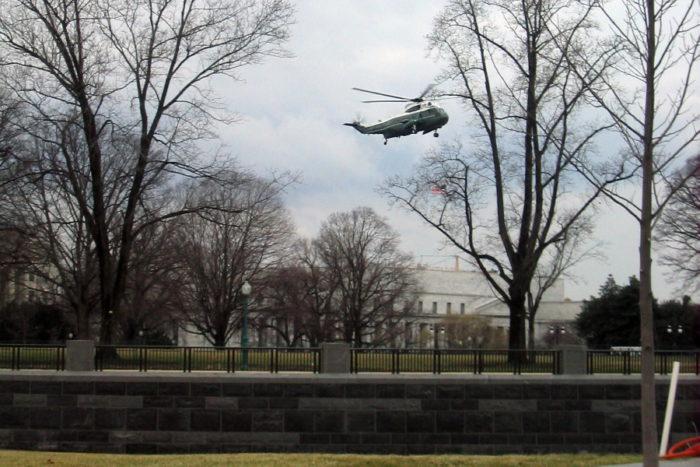 The helicopter, a Sikorsky VH-3D Sea King, approaching over the southeast Capitol lawn. The House Office Buildings can be seen in the background. (RSP) 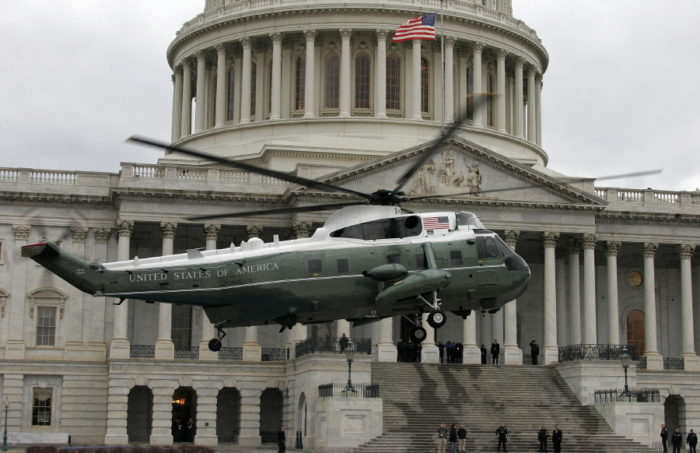 An official picture of the landing. (Oddly enough, the caption claims that this is a VH-60, which is a very different airframe, though half of the helicopters in the Presidential fleet use it,) (Photo by Lance Cpl. Bryan G. Carfrey/defense.gov) 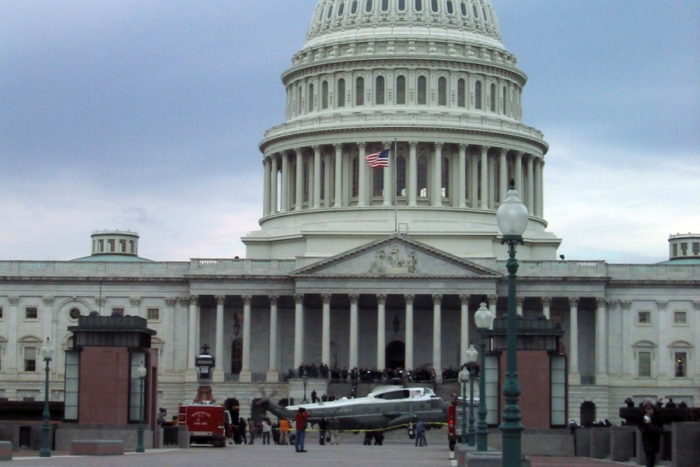 The helicopter begins its takeoff again. The wheels have just left the ground. (RSP) 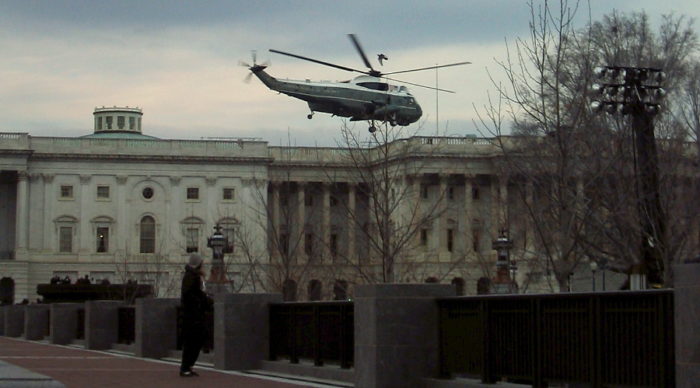 Banking left to pass over the Senate wing of the Capitol. (RSP)