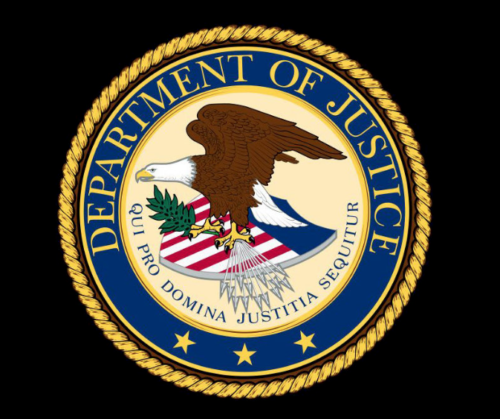 Department of Justice logo, via screenshot.

We encourage our readers to submit opinions on subjects about which they are passionate, especially if they are related to our neighborhood and our neighbors’ quality of life.

Interested in voicing your opinion? Send us an email at info@thehillishome.com –María Helena Carey

In 2016, I asked what I thought was a simple question: “How many and what type of crimes does the Department of Justice prosecute in Washington, DC?”

Therefore, I submitted a Freedom of Information Act request and then subsequently sued for the data. Last week, I FOIAed DOJ again. DOJ responded to my 2018 request with a form letter, asking how much I would be willing to pay as my request “seeks records from one or more field offices, and involves many voluminous records and/or requires consultation with another agency/component with a substantial interest in the subject-matter and therefore falls within “unusual circumstances” as set forth in the statue.” This is legalese designed to make me withdraw the FOIA.

Except that, as with the last request, I’m not dropping this FOIA. My response, therefore, is $0. The information I requested is easily obtainable and is similar to the data that DOJ gave Senator Grassley and I in 2016. The sole difference between the two FOIAs is the dates covered by the requests. In 2016, I requested 2010-2015 data and last week’s FOIA covered 2016 and 2017 data.

In a July 15, 2016 letter, DOJ shared with Senator Grassley that the department tracks arrests in
DC by year, offense, and police district. The arrests are further subdivided by “no papered”
cases, “papered” cases, convictions by plea, jury trial and non-jury trial, not guilty verdicts and hung juries, dismissals, total dispositions, and cases with no disposition reported. Lastly, DOJ shared that the information is maintained in usual course. Therefore, my 2018 request should equate to a simple search.

My “simple” search in 2016 revealed disturbing information. The Metropolitan Police Department reported 162 homicides in DC in 2015. That same year, DOJ “papered” 83
homicides. Per the DOJ letter to Senator Grassley, when police officers arrest an individual based on probable cause, the US Attorney’s Office for DC evaluates the evidence and exercises it prosecutorial discretion to initiate prosecution by filing a complaint of other charging document. The filing of this paperwork equals “papering.” A “no papered” case is one in which the US Attorney’s Office declines to file a charging document.

Of the 83 papered homicides in 2015, 23 resulted in a guilty plea; five were diverted or dismissed; and the remaining 55 were marked as no disposition. So, roughly 14% of the 2015 homicides resulted in someone going to jail.

The sexual abuse numbers aren’t much better. MPD reported 297 cases of sexual abuse in 2015. DOJ papered 62 cases that year, out of which 37 resulted in a guilty plea and 1 found guilty by trial. Only 13% of the city’s sexual assault victims found peace knowing that their attackers were behind bars.

Folks, we have a problem. The majority of violent crimes occurring in Washington, DC aren’t being prosecuted and DOJ doesn’t think DC residents should have information about the cases it does decide to prosecute. Not only that, but DOJ doesn’t think that DC residents should have this information. When DOJ finally shared the 2010-2015 data with me, they did so in a letter stating “we have agreed to provide this information to you solely to spare the Court from having to spend any additional time on a case that we believe never should have been brought in the first place.”

I started my quest in 2015 for prosecution data because my neighbor was violently assaulted by a serial rapist and I wanted to know how many rapes DOJ prosecuted. I’m saddened that DOJ continues to hide the information, but their refusal to share it isn’t going to deter me. I want a safe city for everyone: If that means standing tall while DOJ belittles my efforts, I’m okay with that.