We encourage our readers to submit opinions on subjects about which they are passionate, especially if they are related to our neighborhood and our neighbors’ quality of life. For instance, campus rape statistics directly affect parents considering a high school with an explicit college partnership such as School Without Walls.

Interested in voicing your opinion? Send us an email at info@thehillishome.com –María Helena Carey 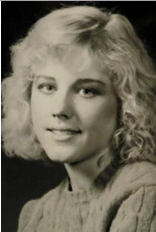 Photo of Jeanne Clery, a 19-year old who was raped and brutally murdered in 1986. The Clery act is named after her. Photo via Wikimedia commons

Earlier this year, my eighth grade daughter and I toured a college campus. It was the standard tour, full of mundane facts: requirements for admittance, dorm life, cost of tuition, etc.  The college tour provided the same facts to me in 2018 as they did to my pre-Anita Hill parents in 1989, back when libraries were the source of information and teenagers communicated via corded, clunky phones.

However, we don’t live in 1989 anymore: We live in post-Larry Nassar, iPhone-wielding 2018. I was shocked by the lack of information concerning the school’s Title IX office. This office is responsible for addressing sexual harassment and sexual assault issues on campus.  Where is it located, I wondered, and how do they communicate with students?

These questions raced through my mind because I’m a campus sexual assault whistleblower and I know how college leaders wring hands and fail to take decisive action when faced with sexual assault allegations.

I became a whistleblower in 2011, when I  requested an investigation into sexual assault at the United States Merchant Marine Academy, a federal service school.  At the time, I was the Maritime Administration (MARAD) Chief Counsel and I was chastised for making the request. I was also told that I needed more supervision and was ultimately directed to resign my position.

My daughters will soon be in college themselves, so I’m using my MARAD experience to teach them how to ask prospective schools hard questions about sexual assault allegations before any college acceptance letters are signed. I encourage all parents and prospective students to do the same.

When visiting a prospective college, ask about the school’s procedures when notified of a sexual assault on campus. My MARAD experience taught me that a school that lacks established procedures will be unprepared when the assault occurs. Precious time will be spent creating an opaque bureaucracy instead of addressing the immediate needs of a traumatized student.  This is not a scenario you want for your children, so ask for the written guidance.  If they share it, the school has a process. If they don’t, that’s not a school that should be on your must-attend list.

Inquire about length of employee tenure in the Title IX office. Many school Title IX offices aren’t fully staffed and those that are there have high turnover. Be blunt and ask if they are on first-name basis with local police. If they are, then you’ll know that the school is cooperating with  investigations.  If they don’t, then you’ll know that the school is hiding its head in the sand with the delusional thought that by ignoring sexual assaults, they will go away.

For many years, colleges claimed success with regards to sexual assault complaints simply by pushing papers. The United States Department of Education required them pursuant to the Clery Act to report all sexual assault allegations and they dutifully complied. But no one required them to share this information with local police. Nor, were they required to track the prosecution of sexual assaults that occurred  on their campuses.

I’d like to share a short sea story with you. In 2015, I asked the Department of Justice for data on rape prosecutions in Washington, D.C. DOJ was responsible for prosecuting these crimes but it claimed that the department didn’t keep statistics. I didn’t believe them so I FOIAed them. We still don’t have them they replied so I sued DOJ. It wasn’t until Senator Grassley intervened and linked my data request to the Senate confirmation of the then acting US Attorney for the District of Columbia that DOJ grudging handed over the information.

The information was mind-blowing: DOJ doesn’t prosecute the majority of campus rape cases in Washington, D.C.  In 2015, DOJ prosecuted one rape in the second police district in Washington, DC. That same district includes The George Washington University, Georgetown University , and American University.  Collectively, they reported 48 campus rapes to the Department of Education that year. What happened to the remaining 47? No one knows. The same lack of transparency can be found nation-wide.

In addition to asking hard questions, my daughters will use 2018 technology to blast a ray of sunshine into generations of secrecy. You can, too. Download the school’s Clery Act information on your phone before you attend a college tour (link). Ask the admission’s officer for information on the corresponding prosecution data, and tweet their response.  This tweet creates a record that other prospective students can find.

Ask the school’s Title IX office for their organization chart. Take a photo of it and share it on Facebook, Pinterest, and Instagram.  Then ask your children’s friends who attend the school to comment on their experience with the office.  Their crowdsource responses are worth more than costly, shiny pamphlets.

Lastly, this is a campaign year. Ask political incumbents about their views on the prosecution for campus sexual assaults. Ask their opponents if prosecuting campus rape is a priority. Asking these questions forces people to address them, so hold their feet to the fire.