Karen Ramsey has been a DC area resident off and on since 1994 and is currently a denizen of Trinidad neighborhood.

Ebb and flow of businesses along H Street NE continues at a rapid pace these days. Here’s a look at some recent comings and goings.

Doubling Down on H Street 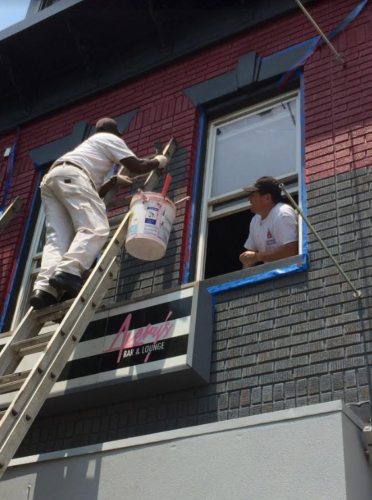 Caribbean Restaurants
There are two new Caribbean restaurants headed to the 1300 block of H St. Red Ginger is opening in the space formerly occupied by Shwafel at 1322 A. Signage and door decoration is now up with a “coming soon notice”. From a look at the menu, expect jerk ribs and chicken, stews, curries, wings, salads and an artichoke crusted with flaxseeds. Hours once they open will be 11 a.m. – 9 p.m. Monday – Thursday and 11 a.m. – 1 a.m. Friday and Saturday.

Caribbean Citations is moving into the Avery’s space at 1370 H Street with exterior painting being completed this week. They have another location in Anacostia and offer discounts on certain days to people with parking tickets (http://caribbeancitations.com/). The menu has a range of jerk chicken, curries, stir fry, salads, sandwiches, and wings.

Hookah Lounges
Joining Nomad in the 1200 block of H Street is Truth Hookah/Cigar. Truth and ANC 6A came to terms on a settlement agreement for ABRA and their license was approved earlier this year. “Truth Coming Soon” signage has gone up and works continues on the space, which has long been vacant. A previous settlement agreement with ANC 6A was reviewed by ABRA a year ago.

Double Deliciousness
Dangerously Delicious Pies is also more than doubling their seating space. They are expanding seating from the current 32 seats to 132 seats in total. They will add 55 seats on the second floor and 45 seats in a summer garden. Once they get approval.

Twice the Cleaning Power
The Madison Dry Cleaners at 1100 H Street NE recently closed shop in that location but has moved down the street to join Capital Cleaners at 1308 H Street NE. Their lease expired and the building is being cleared out and is listed as for lease.

Double Height
The corner of 13th and H Streets has changed considerably as the two new condo/apartment units rise in place of the R.L. Christian Library and the church. They are making use of vertical space and more than doubling height on the corner to have density for residential units. The Lucille Condominiums at 1301 H Street is now selling 3 bedroom units and you can arrange showings via their website (www.1301h.com). Across the street, The Baldwin is preparing 33-units of affordable housing (at 30% and 50% average median income) with ground floor retail. The building, a joint venture with Insight Property Group, H Street Investment Corporation, and Rise Development will be completed late this year.

Sidamo Expansion
Sidamo Coffee and Tea, Inc. at 417 H Street NE has expansion plans in the works. They have a roll call hearing before ABRA on June 25th for a new liquor license and a 100 seat restaurant. The restaurant will serve American style cuisine and be open Sunday through Saturday from 7 a.m. to 1 a.m. The protest hearing date is scheduled for August 15, 2018.

Ayanna Smith of the Escape Lounge announced that they will be leaving H Street as of June 30th. You still have time to reserve a spot for either Escape the Oval Office or Escape the Classroom before their departure. See THIH post from when they opened three years ago for details on those escape adventures.

While we are sad they are leaving, you can still enjoy escape games after they launch their new app, Ridlz. Watch your app stores for details on that release.

Furniture from the Escape Room will be donated to a DC-based 501(c)(3). If you know of any in need of furnishings, please contact Ayanna directly at asmith@escapetheroom.today. 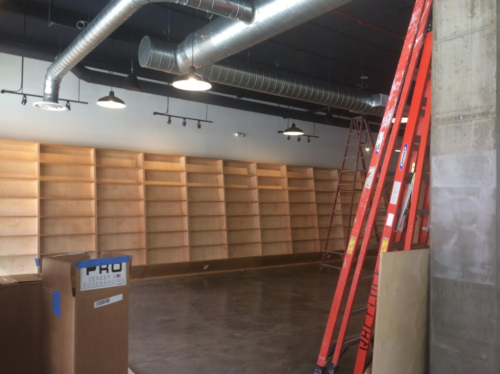 Solid State Books is quickly becoming a key retail location in the 600 block of H Street NE in the Apollo Building. Their new space looks beautiful and there are only a few hurdles to jump before they can fill shelves and install in their permanent space. Given how deadlines get pushed and pulled in construction projects, they do not have a definitive date to announce but allowed a few pictures of the space. Stay tuned for details on their move.

Ledo’s Pizza, a nationwide chain that started in Adelphi, MD in 1955, is moving forward quickly with their new location at 814 H Street. The new location was reported back in February as building permits on the former Halal space were posted. That construction has moved forward and they are currently hiring staff so we can expect an announcement of their opening date soon. Hopefully that will be before July 7th. As supporters of the Capitals hockey team, they have partnered with TJ Oshie this past season. To celebrate the Caps Stanley Cup win, they will have a special on 7.7.18 for a 0.77 cent pizza (small print details: special includes one 8 inch cheese pizza with full price purchase of a Pepsi product).

Everyone keeps asking what is happening with the building at 400 H Street NE. Driftwood Kitchen closed and in April this year TBM Holdings, LLC lost the liquor license (#086210) that had been in safekeeping by ABRA though Driftwood Kitchen has an active business license at that location that does not expire until November 2019. TBM Holdings, LLC held the license for both Driftwood and TruOrleans. So far, no new building permits have been posted on the DCRA website (the most current listings were from September 2017) nor are there new liquor license requests on the ABRA website. If you hear anything let us know!