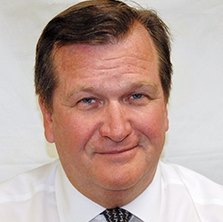 I recently sat down with Michael Brown, candidate for U.S. Shadow Senator for the District of Columbia and asked him to introduce himself and his platform. Michael is the incumbent Shadow Senator and he is up for reelection this year. He has been serving in this volunteer position for 12 years.

The transcript of our conversation is below, for those who prefer to read or who are deaf or hard of hearing.

If you would like to skip to listen to a particular segment, you can let the time stamps at the beginning of each paragraph be your guide.

Maria Helena Carey: [00:00:03]I’m talking on the phone with Michael Brown, one of two Shadow senators for the District of Columbia. He is up for reelection and is running again– first in the primary election on June 19th and later, if he defeats his challenger, Andria Thomas, in the November 6th election. Thank you for taking the time to talk to us. .

Maria: [00:00:20]If you could please introduce yourself more in depth.

Michael: [00:00:23]Well, my name is Michael Brown. I’ve been the Senator for the District of Columbia… One of the two senators for the past 12 years. We’ve taken the fight for statehood to a new level. When I started we talked about a single vote in the House of Representatives. Now everybody is onboard for statehood and I played a major role in that transition. I’m proud of that. I spent 25 years running my own business as a political consultant. I’ve run… I worked on five presidential campaigns. I’m a graduate of University of Maryland, hold a Master’s degree in public policy, have held several elected offices inside the District of Columbia. I’m married, have three children, have lived here for forty years.

Michael: [00:01:18]Well I mean has to statehood. But a clear path –that’s an interesting question. It’s been two hundred and seventeen years that we’ve been working on this, so the path that we have chosen is to have two pieces of legislation in Congress of statehood bill in the House of Representatives which has 150 co-sponsors and 1 in the United States Senate, a co-companion legislation that has 24 co-sponsors. And the path is to push to get those passed in both houses of Congress and get the President of the United States to sign them. Now is that clear? Is there a clear road that we can travel? No, we… I’m fighting this on several fronts. I’ve taken it internationally and gotten 42 international organizations to sponsor a resolution and supported statehood. I’ve taken it nationwide by having a radio show on that’s on every Sunday –a talk show that is a podcast and gets 400,000 hits on the Internet every year so we’re trying to build support for the legislation that now sits in both houses. So that’s the path. But how to get there… We’re trying every single thing we can think of.

Maria: [00:02:53]My follow up question is, What is your five-year plan to get to statehood? Is it feasible then to have a five-year plan if… What was the number–213?

Maria: [00:03:06]Two Hundred and seventeen years. And what have you done as an incumbent to get to that point to maybe have a five year plan?

Michael: [00:03:18]Well, I mean a five-year plan is really not the way this works. You know,first of all to have a five-year plan you would have to have a five-year budget. We have almost no budget. So we do what we can do. To have this job. Let me tell you, there’s a lot of maneuvering that has to be done in the gray area with this job. So experience is more important for this job than any other job of an elected official in the District of Columbia because it takes a long time to learn how to maneuver to get things done with no budget and very little institutional power. So….

Michael: [00:04:09]Well, sure I’ve gotten every Presidential candidate that’s run on the Democratic platform –that’s run as a Democrat– Hillary Clinton, Barack Obama, Martin O’Malley, Bernie Sanders. Every serious candidate for the office of president, I’ve gotten to endorse Statehood by using my vote as a superdelegate to get them to agree to be Statehood supporters. So that’s what I mean. That’s one example. I could give you 100 examples but… That’s what you need to do. You need to figure out ways to use what you have in order to achieve the objective. .

Maria: [00:04:51]What do you plan to do or continue to do to protect D.C. from congressional overreach? And do you have a specific plan of action for that? .

Michael: [00:05:01]Well The only thing you can do is keep them from overreach… and I’m not exactly sure what you mean by “overreach”…

Maria: [00:05:11]Well you know, our guns and the things that we, as a District have agreed are our laws and they can try to supersede that.

Michael: [00:05:33]It’s very easy to stop them. It’s really easy to stop them: Become a state. That’s how you stop them. You can’t stop them by any other means than being equal American citizens. That’s the way to stop them. So you can try to do other things and I’ve tried to do many things. I’ve been arrested. I’ve gone to jail. I’ve gone to trial. So, one strategy is to use direct action, to stand in their way. And sometimes that mitigates things. But the way to really stop them is to take the power away from them. You understand that Article 1 Section 8 of the Constitution says that Congress shall have legislative authority in all cases whatsoever no exceptions all cases whatsoever. So the way to stop them is to become a state. I was arrested with 71 people over the course of a couple weeks. And the day that we have 7,100 people arrested, that’s the day that we will start to become a state. So we need more people to do direct action. We need more people to… instead of 200 people showing up at a rally, we need 20,000 people to show up at a rally. But to do this w e… The Government needs to put money, resources and power behind our office which to date they’ve refused to do.

Maria: [00:07:06]What can you do to make this position carry more weight if you should continue being Shadow Senator? How do you envision raising the profile of it and making people more aware and, you know, maybe getting those big numbers in a rally?

Michael: [00:07:22]Well when I started the position we were our office was behind the recycling people in 441 Fourth Street. Now we’re in the Wilson Building, City Hall. I’ve been all over the country. I’ve been in 14 states, four different countries. I’ve gotten much support. The office… I’ve raised the profile of this office tremendously. Let me tell you, when I started nobody wanted to interview me. Now everybody wants to interview me on this race. You know, I will have stuff coming out in the Washington Post in the near future. And you know, all sorts of things because I have, in fact, raised the profile of the office and I will continue to do that. And the way I’ll do it not only by getting the word out to my radio show through an Internet Web site that I started that reaches out to teachers in every State of the Union. So, I’ve already raised the profile and I will continue to do it. You know, I talked to everybody this morning to talk to me. I go to every event. I conduct myself in a manner that I think is befitting a senator. And I will continue to do those things and I will continue to fight to raise the profile of the office. And I’ve done a good job. I think we’ve you know, we have a much higher profile than we used to have.

Maria: [00:09:01]Okay wonderful. Thank you so much. At this point in time I’d like you to share with us any parting thoughts– or you know, maybe restate why people should vote you in this June 19.

Michael: [00:09:10]Well I think it’s simple that people should vote me in on June 19 because I’ve done a great job. Like I said, we started and we talked about a single vote in the House of Representatives –a single vote. No budget autonomy, no legal autonomy, no representation in the Senate. And now all we talk about is statehood and I’ve been a part of that. I got a referendum. I helped get a referendum on the ballot that was passed by 86 percent of the voters in favor of statehood and one of the reasons it was passed by 86 percent of the voters is that I have had 16 opinion pieces published in The Washington Post on statehood. So I’ve raised awareness across the city on Statehood. When The Democratic Party refused to put statehood in their platform, everybody wrung their hands and they went to the Democratic Party and they tried to get them to put it in and they wouldn’t put it in. And I put up two billboards outside the Presidential nominating convention in Charlotte and guess what? In the very next platform, statehood was reinstated. So I’ve done a really good job and I worked really hard at this. I’ve raised the profile of the office. I’m also responsible for..in part, I don’t take all the credit of course, but I’m responsible in part for bringing us to a point where we’re finally moving all in the same direction for statehood. So I think if you’re interested in D.C. statehood you should be interested. Michael Brown.