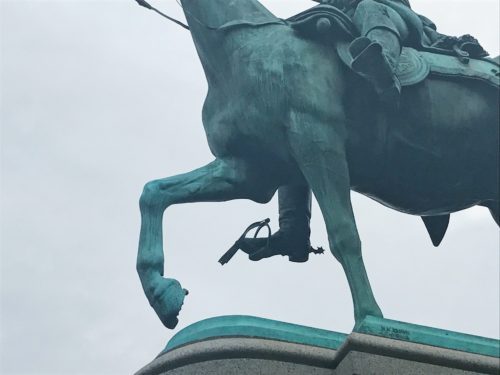 We have been rolling out our Living on the Hill guides, aimed at making your life around the Hill and Ward 6 more navigable. Make sure you check them out! We even have a guide specifically to tell you which agency to contact if your local park needs fixing or cleaning. As a rule of thumb, DC government agencies are excellent at listening to the community and acting promptly. DC.gov is a great portal when you need to report anything from trash collection to dead trees, and you don’t even have to bother with talking to a human unless you really want to.

Sometimes, however, things don’t seem to work very well. The DC Home Rule act of 1973 gave the District autonomy over itself. However, most of our parks were managed by the Federal government and that tradition has continued. When things work, they work fine. When they don’t work, it’s hard to find out who has oversight of your park.

For some time now, the statue of Nathanael Greene –the statue in the center of Stanton Park– has sported a broken stirrup. At first, I thought it was just the way the statue was, but upon closer inspection, you can see that the right stirrup is disconnected from the statue and lingers around Major General Greene’s foot like an overgrown tassel. You would think that preserving the park’s statues would be a priority of the National Park Service, since they are important symbols as well as pieces of art. Then again, one of my favorites –the Peace Monument right in front of the Capitol– has statues with eroded faces. Frankly, with all the recent talk about certain statues, it could be that maintenance is not something the Federal government has set as a priority.

Anyway. It’s been a long time now since the stirrup detached from the statue. I naïvely thought that if I tweeted about it, I’d get some sort of resolution. Alas, the National Park Service doesn’t check Twitter very often. I did get a reply from @NPSUrban, asking me to call the National Capital Area Parks division. After playing some phone ping-pong, a ranger took a message but told me he didn’t work on Stanton Park directly. I will assume he passed on the message, but nothing has been accomplished as of yet.

In addition to the statue’s boo-boo, there is a dead tree in the east side of the park. The kind of tree that is definitely not coming back, no matter how much it rains. The kind of tree that could certainly fall down on a passerby after a combination of heavy rain and gusty winds. This would seem like a more pressing emergency, and yet our dead tree still stands. 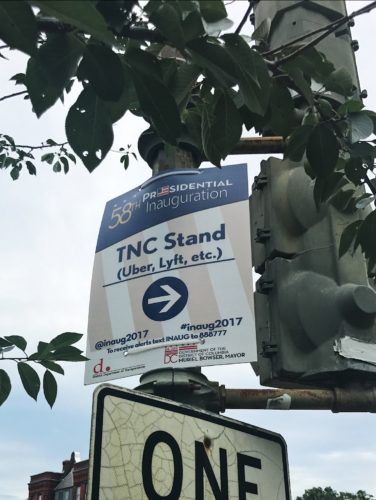 The final touch, which I think really ties the park together, is a few leftover signs from our current President’s inauguration. I realize that this item may not be pressing, but it’s ugly and I get just a little depressed every time I see it.

Mind you: The park is cared-for on a regular basis. The lawns are mowed, the trash is removed and the debris left over from, say, the Fourth of July or evenings when the weather is nice and homeless people camp out all night at the park, is regularly picked up. While I am thankful that we have crews coming by and providing maintenance, they could also address two of the three problems I mention if someone gave them the heads-up or the authority. Unfortunately, our small parks are not a priority of the Federal government. #DCStatehood #HandsOffDC

Do you have a frustrating and ongoing issue at your local park? Maybe you’ve had trouble with the fountains or trash collection. If so, tell us about it in the comments.