It has come time to say goodbye to an old Capitol Hill resident: The DS Barry. Originally the USS Barry,  the ship was brought to the Washington Navy Yard in 1983 and had its prefix changed to Display Ship – DS. Built in Bath, Maine, she was the third ship destroyer named after Commodore John Barry (pic), who distinguished himself during the Revolutionary War. The Barry was launched in 1955 and served in the Mediterranean Sea, as well as later during the Vietnam War. Her most famous encounter came during the Cuban Missile Crisis, when she followed a Soviet ship and took pictures of its deck cargo.

After decommissioning in 1982, the Barry was transferred to the Washington Navy Yard, where she became a fixture on the Anacostia River, easily visible to those crossing over the 11th Street Bridge. However, constant contact with water has made her upkeep unmanageable, and the new construction of the Frederick Douglass Memorial Bridge will not allow the exit of any ships; therefore, it was time to say farewell. A few pictures from her history and her final removal below. (also to be recommended: JDLand‘s pictures, especially this one. 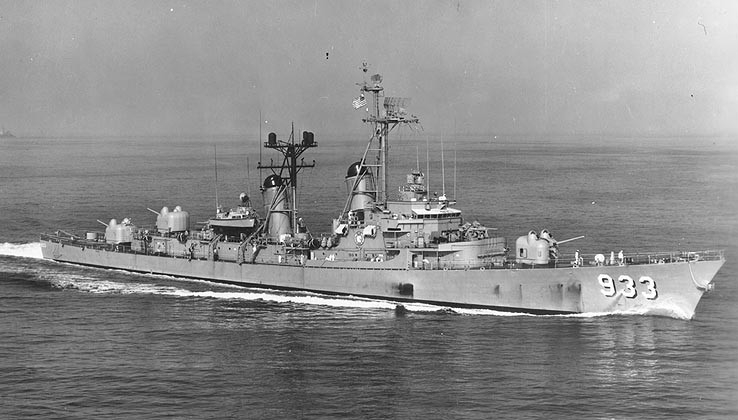 The Barry in the early 1960s (Naval History and Heritage Command) 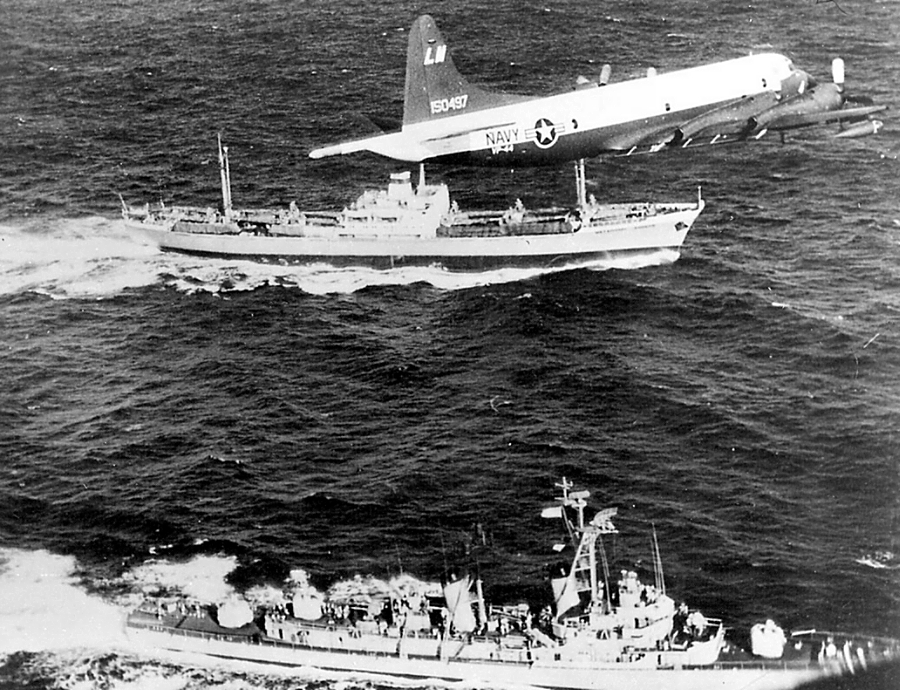 During the Cuban Missile Crisis. At the top is a P-3 Orion, in the middle the Soviet ship Mettallurg Ansonov.  (U.S. Navy National Museum of Naval Aviation via Wikipedia) 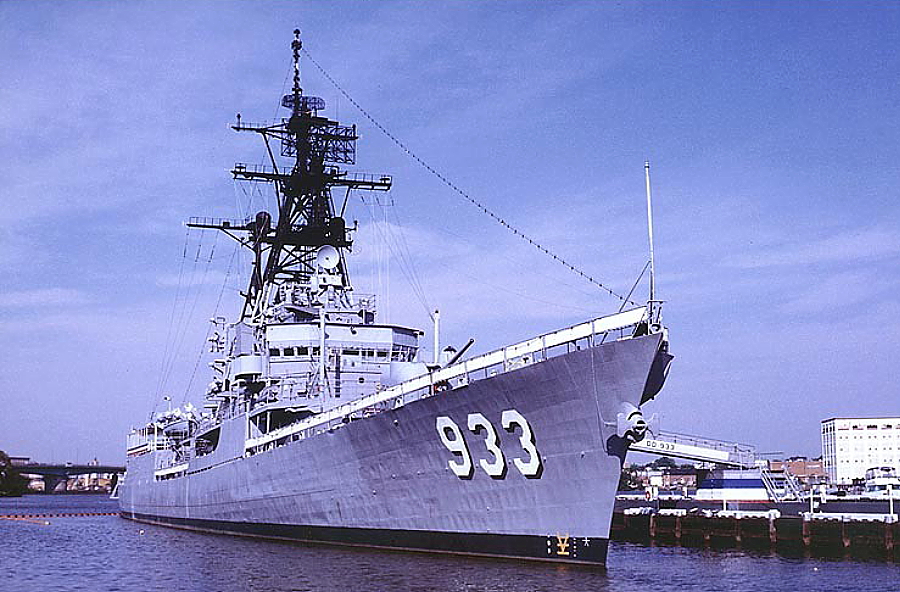 The Barry in the Washington Navy Yard in 1984, shortly after her transfer there. (Naval History and Heritage Command) 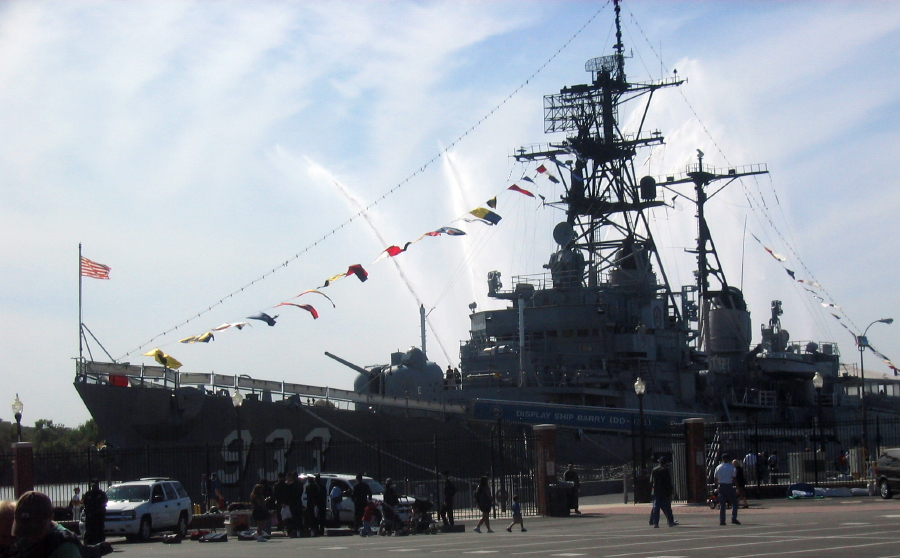 The Barry in 2008, with a fire boat shooting water streams behind it. (RSP) 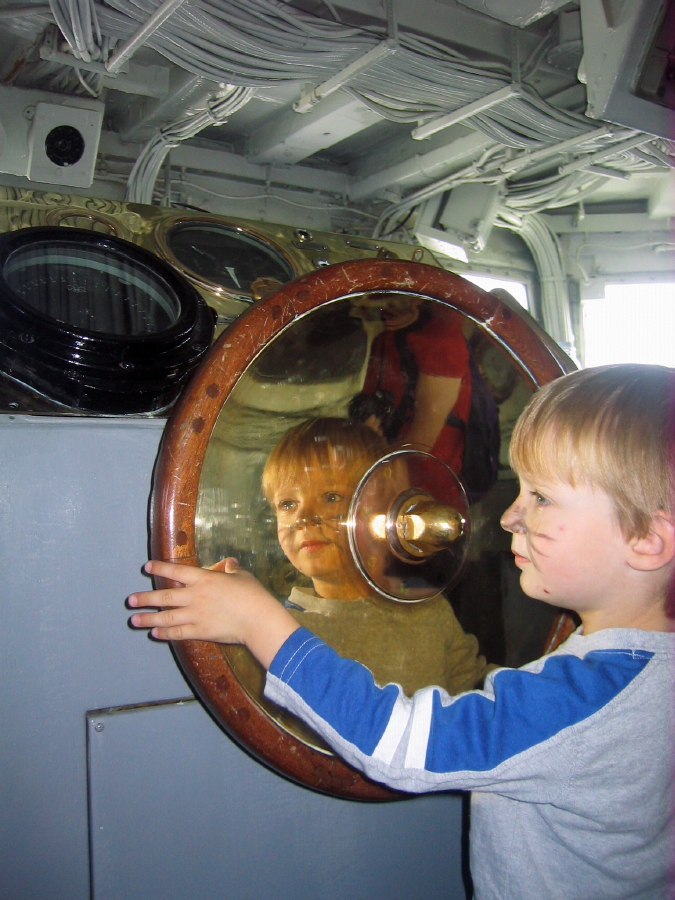 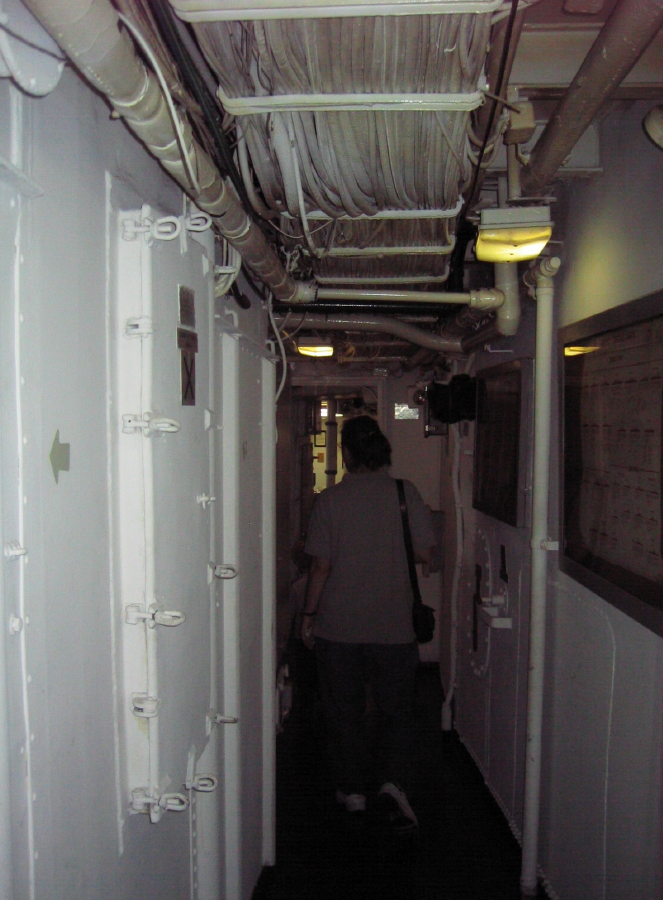 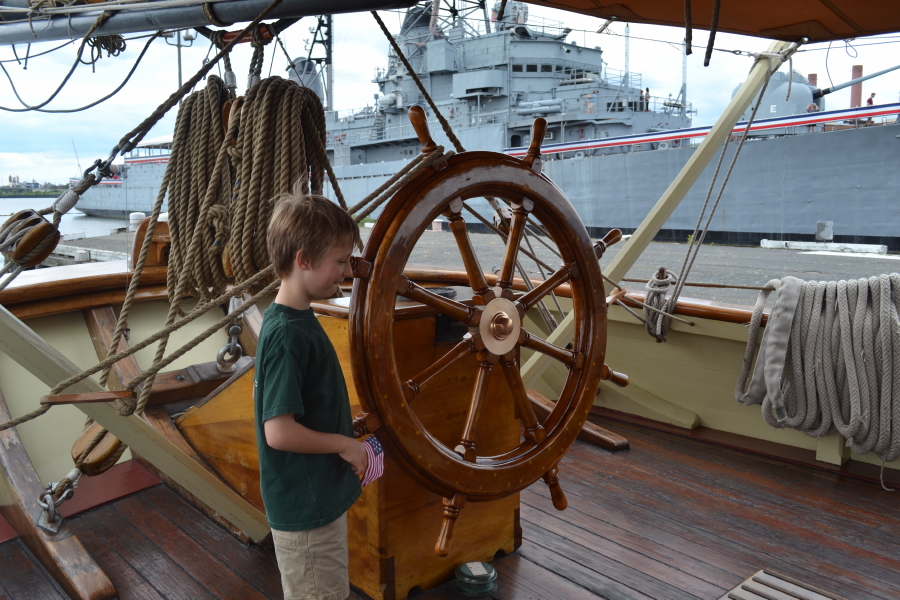 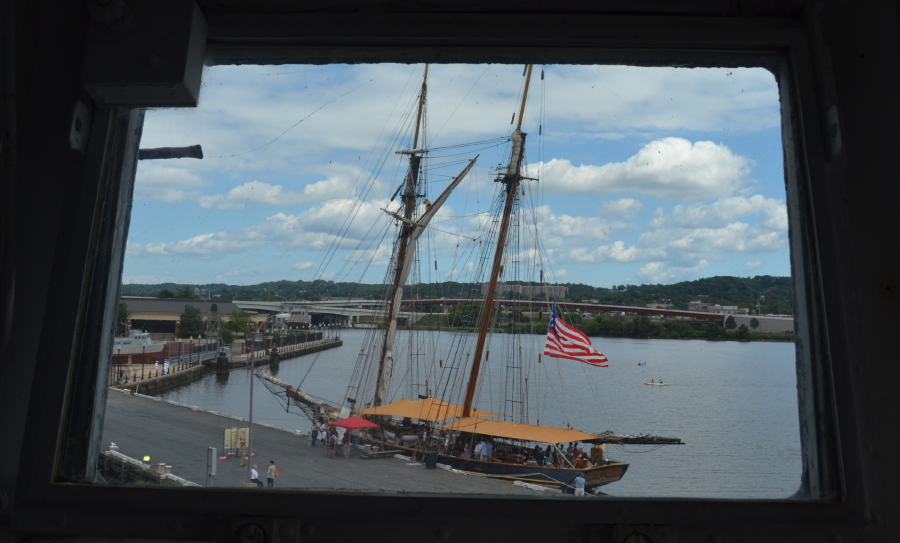 The Pride of Baltimore II seen through a window of the Barry. (RSP) 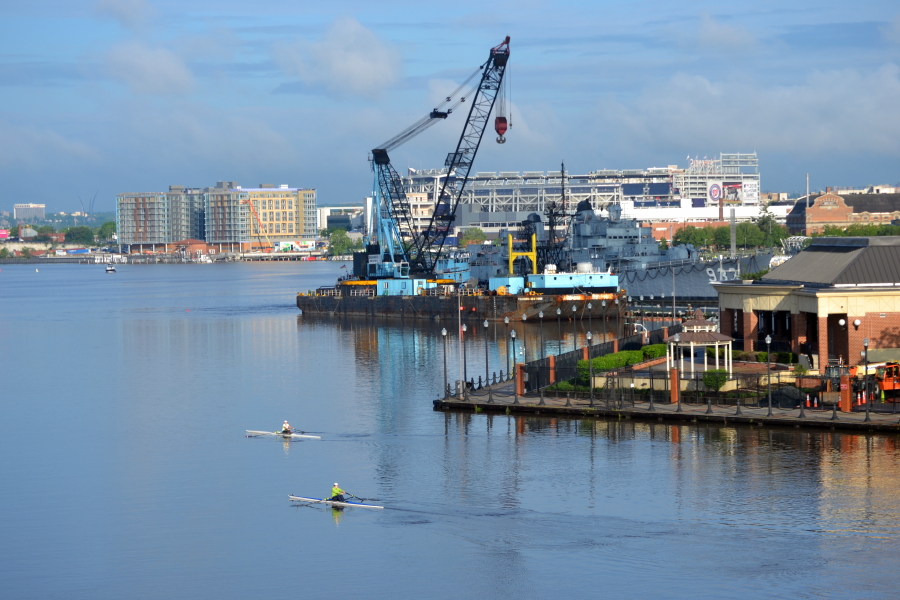 The final day, just before the Barry moves out. A couple of rowers come to say their farewells. (RSP) 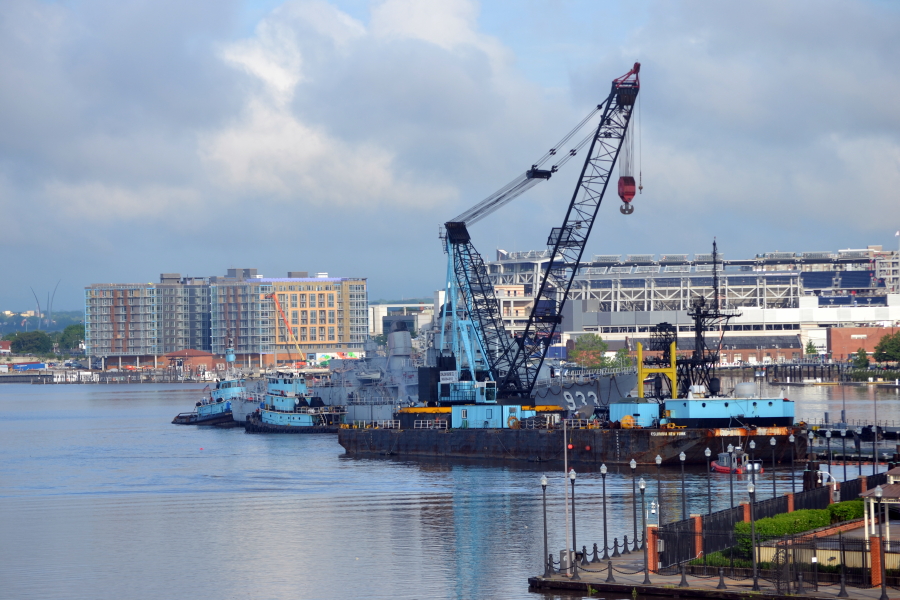 The ship begins to move. (RSP) 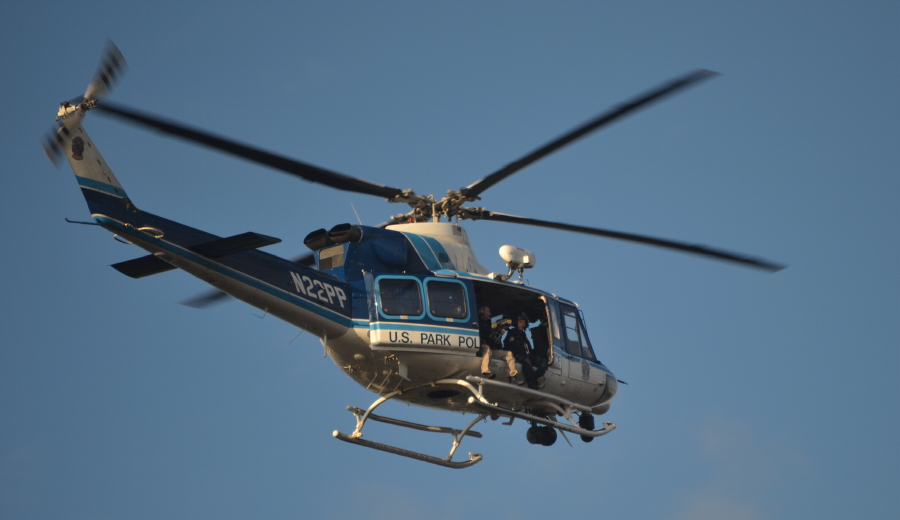 In spite of it being 7:30 AM on a Saturday, a number of people – including those in this helicopter – came out to see the ship depart. (RSP) 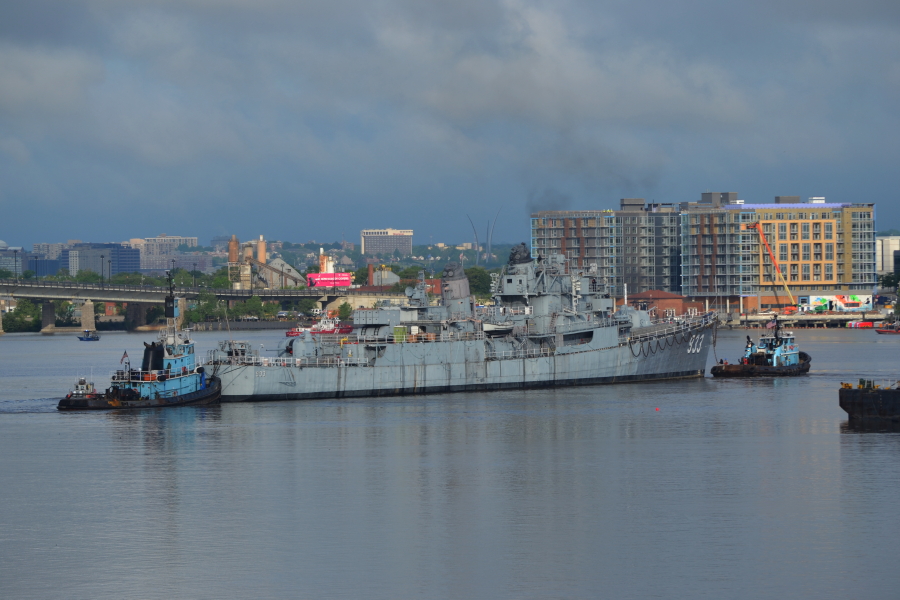 Once clear of the dock, the ship was turned downstream. Here, the tow-line is connected to the tug boat. (RSP) 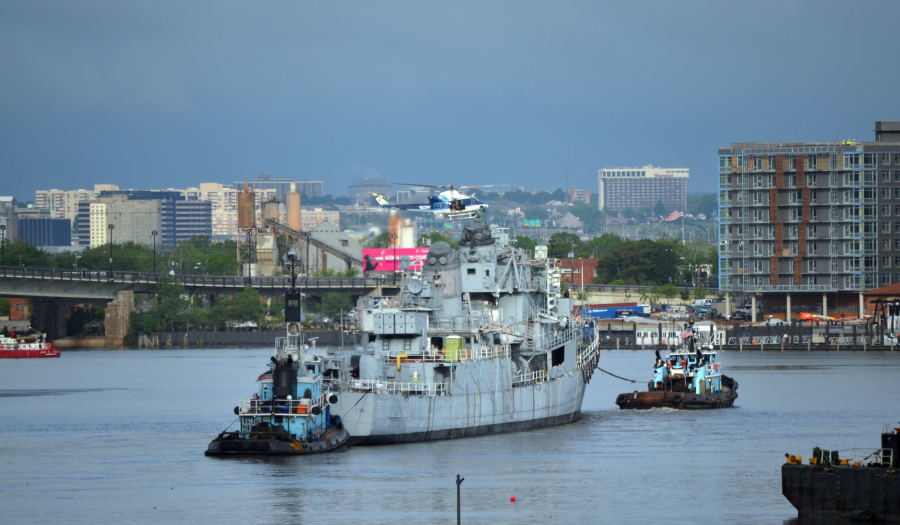 The Barry‘s machinery has not worked since well before it was brought to the Navy Yard, so all propulsion had to come from the tug boats. (RSP) 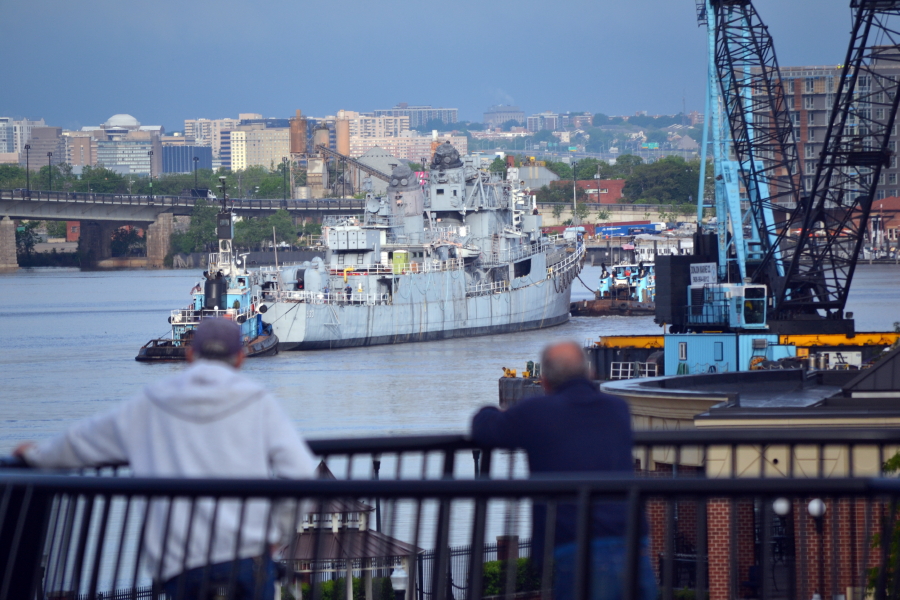 A few of the onlookers on the 11th Street bridge. (RSP) 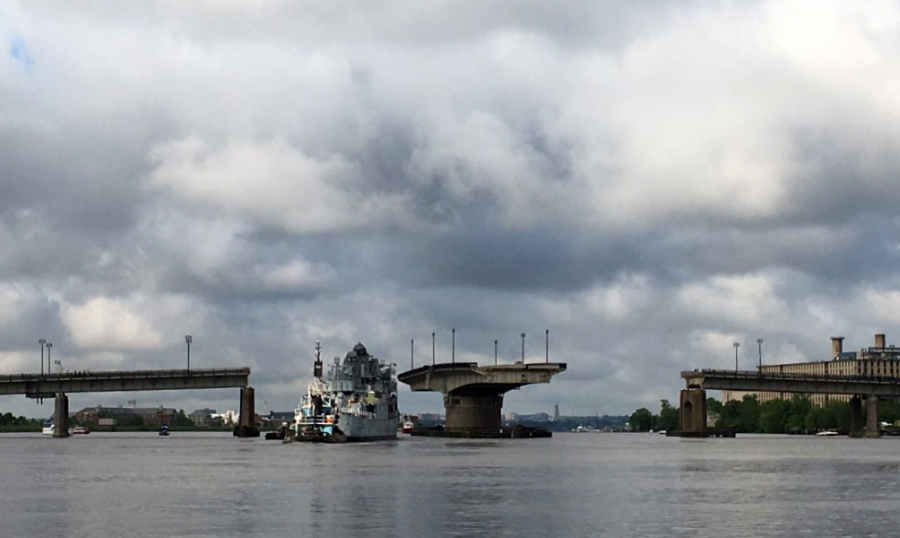