Photo courtesy of the Minnesota Historical Society, via Flickr.

Lately, it feels inescapable, more so than other years: everywhere you turn, there is a friend or acquaintance whose car windows were bashed in or who had a package stolen. Someone you know was mugged. Someone you know was stabbed randomly. Is crime really that much worse this summer than all others? Well, yes, and no. According to a recent article from WTOP, although crime overall is down this summer, homicides and gun crime are up 20%. 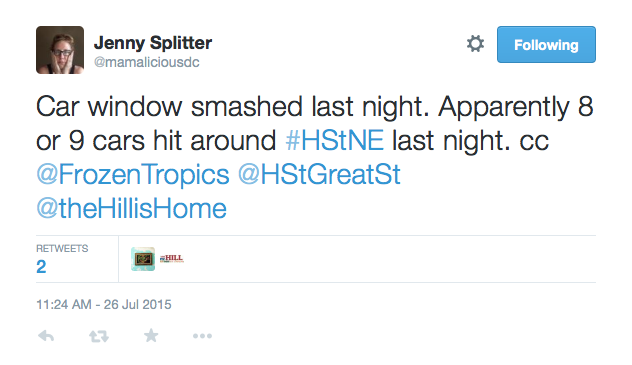 The downside of living in a big city is that you have to interact with many more people; this increase in interactions, in turn, puts you at greater risk for being a victim of crime. As it turns out, summer –along with the good weather– also brings increased crime along with it. The higher temperatures bring out the worst in us, and it’s backed by science–though only to a point. This may not sound like much of a comfort when you discover, like some of our neighbors did recently, that your car windows have been smashed in. And it doesn’t make the pregnant woman who was stabbed near Congressional Cemetery while she biked home last week feel any better, or safer. It brings no comfort to the family and friends of Kevin Sutherland, who was killed aboard a red line metro train this past July 4th in front of his fellow riders. And it seems to be blatant and shameless, taking place in the middle of the day as in the case of the woman who was attacked in full view of another cyclist in the Metropolitan branch trail a few weeks ago, among other daytime strikes.

It doesn’t help that DC is in the middle of a synthetic marijuana crisis. Synthetic marijuana, also known as K2 or Spice, is a drug commonly sold as incense, bath salts, or potpourri. This label has allowed it to escape FDA regulation, which is why it it is still in the market, despite increasing restrictions to its production and use. When K2/spice is smoked, it causes people to behave erratically and violently, and it seems to have lasting effects, such as psychotic breaks, kidney damage and other health problems. Ever since it became available in the fall of 2008, the drug has dramatically increased in popularity, especially among young people. 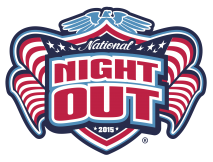 Earlier this month, Mayor Bowser signed the “Sale of Synthetic Drugs Emergency Amendment Act of 2015,” strongly penalizing people who sell synthetic cannabinoids in the District, where they are illegal. On August 4, 2015, the city is hosting National Night Out. This is an evening dedicating to raising both support and awareness for crime and drug prevention awareness. In the First District, we will be gathering at Folger Park at 3rd and D Streets SE, right across from the police substation, from 5:30 to 8:30 p.m.

It may not seem like much, to go out to a park and stand around and talk about all the terrible things that happen around us. However, if there is something that makes our community great is that small-village feeling: That feeling of knowing that we are not strangers and of knowing that we’re looking out for one another.

For additional information about National Night Out, you can contact Carolyn L. Smith, carolynL.smith@dc.gov, (202) 299-3374.