This post was written by Karen N. Smith. Neighbors who want to join KPCA can attend the next meeting, happening at Rosedale Recreation Center on November 14, 2018 from 6 to 8 p.m.

Africans and persons of African descent must assume the primary responsibility and leadership in historical research… if we are to continue to leave practically all important historical research and writing concerning the black race to the white man, then we must be prepared to accept, uncomplainingly, the white man’s point of view. ~ Chancellor Williams, author of The Destruction of Black Civilization and former Kingman Park resident

Anyone who is engaged in the Kingman Park community knows that there are two civic associations in the neighborhood. On one side are the members of the Kingman Park Civic Association (KPCA), an independent, African American-founded and -led community organization established in 1928, years before racial integration in Washington DC. On the other side is Friends of Kingman Park (FOKP), which was officially incorporated in 2014 but began several years prior. FOKP is an assembly of newer residents –both white and not– many of whom are opposed to KPCA.

My mother gave birth to me in my grandparents’ Kingman Park home in October 1947 because the only hospital in Washington DC that served Blacks –Freeman’s Hospital– was full. I live in that same home today. My grandparents and their neighbors built up Kingman Park into a prosperous, African American neighborhood. KPCA played an important role in securing that prosperity. From the beginning, it fought through the courts and a myriad of Washington DC systems to uphold the rights of residents of Kingman Park and the district at large. 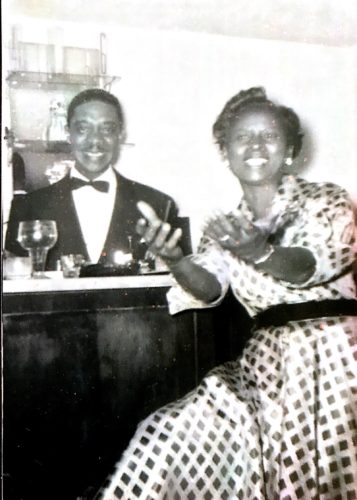 KPCA’s decades of service to Kingman Park
Many new residents do not realize that KPCA’s past and current members are some of the most respected residents of the city. Their membership has included four Area Neighborhood Commissioners. They established businesses and religious institutions. Their primary purpose has always been to preserve Kingman Park and the surrounding community. Today, newcomers benefit from their conservation efforts and homes that are of great economic value for new homebuyers’ investments.

KPCA spent decades advocating for environmental conservation, which was recognized in a community service award from The Committee of 100 on the Federal City celebrating its diligent fight to clean-up the contamination of the Anacostia River. Itfought to protect the neighborhood and environment from construction of a theme park in 1995, race track in 2002, and a proposal for two stadiums on the nearby RFK Campus. KPCA fought to integrate Rosedale Recreation Center’s playground and swimming pool in 1952. And with the assistance and support of local and national leaders such as Dave Bing, Mayor of Detroit and basketball star, and Mr. H. Carl Moultrie after whom our DC Superior Court is now named, KPCA protected neighborhood schools from being repurposed by a government that often sells public land to private developers. Their efforts culminated in Springarn, Charles Young, Browne and Phelps Education Campus being designated historic sites in 2015 and of late, Kingman Park’s historic designation in 2018.

The role of FOKP in discrediting KPCA’s contributions
From my experience interacting with both associations, I believe FOKP is attempting to sabotage the historic role of KPCA. FOKP claims to be all-inclusive, but it was born out of a conflict with KPCA. According to KPCA leaders, a group of residents attempted to disrupt one of their meetings in 2012. They were so disruptive that KPCA threatened to call the police. The disruptive group subsequently formalized the FOKP.

I have come to see an underlying agenda within FOKP, which is the destruction of the credibility of the KPCA. For example, an email dated September 13, 2016, Bob Coomber, ANC7D representative and one of leaders of FOKP, sought to discredit KPCA and their historic district application by stating: “There are also serious questions about whether the Kingman Park Civic Association has standing to file with the [Historic Preservation Review Board]. The KPCA was suspended in 2011 by the DC Federation of Civic Associations for the KPCA’s failure to follow DCFCA bylaws.” This suspension sound serious, however, DCFCA is just another organization that is led by some of the same people who founded and lead Friends of Kingman Park. Later, in an article in the local blog, Greater Greater Washington, Coomber described KPCA as: “a group… which is no longer a recognized civic association and is more accurately just two longtime Kingman Park residents” not including any reference to its historical leadership in the community and misleading his constituents about its membership.

Meanwhile, FOKP’s interest in redeveloping the neighborhood sidelines the priorities of long-time residents. For example, FOKP recently voted to close part of a major road in Kingman Park – 21st Street NE – in a way that would block access to the Saint Benedict the Moor Catholic Church, a historic African American church established in 1946.

I do not speak for the members of KPCA, but I have seen how newcomers – like the settlers and plantation owners of our country’s past – have entered our neighborhood with an attitude that now that they are here, the spaces they occupy belong completely to them. I have heard many of them label KPCA members ‘angry.’ But there is much to learn from our long-time neighbors. They represent a past where African Americans were excluded yet excelled in ways many of us do not today.  I’d love to see a reaching across the aisles – one that educates and uplifts us all.

I would like for my neighbors to understand the historical context of segregation and how tireless efforts by organizations like KPCA still affect us today. Almost a centuryafter Brown vs. Board of Education made segregation illegal, we are still fighting for full integration, only to see African Americans being displaced by gentrification throughout the District. A measure of suspicion is therefore ingrained in African American culture, which is closely guarded by those who have managed to succeed within a system that was designed for them to fail.

The question foremost in my mind for neighbors who are just now learning about the neighborhood’s history is: do you really know why KPCA and other longtime residents are so very proud, spiritual and fearless? And why is it that when African Americans speak-up for themselves and take pride in their heritage they are perceived as angry? 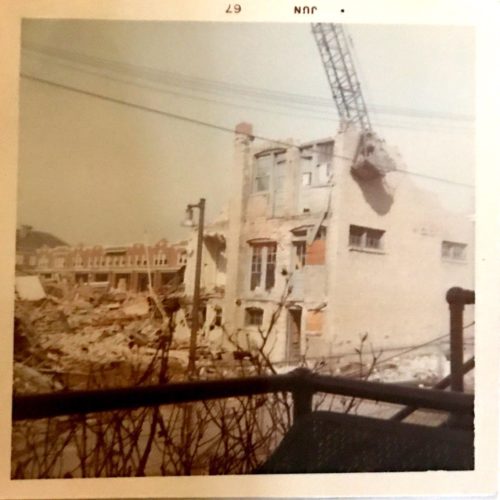 We should honor KPCA’s contributions instead of erasing them
I want my neighbors to know how much Black history is at the foundation of our neighborhood because of its long-time residents. And how many of KPCA’s efforts have allowed so much of Kingman Park to exist today for all of us to enjoy. To move past the current divisiveness in Kingman Park, there must be understanding and
acknowledgment of KPCA’s truly significant achievements.

We have to acknowledge our proud African American history as the foundation of our neighborhood. We need cooperation and collaboration between KPCA and FOKP that presents a solid, positive path forward toward neighborly development, embraces the historical statue of our neighborhood, and is beneficial to everyone in the community –not just newcomers. ANC leadership is changing. It is my hope that FOKP leadership would reflect on its role in preserving our neighborhood. Let us take advantage of this unique opportunity for Kingman Park neighbors to come together as long ago. On a recent Sunday my pastor said, “Any time a people forsake their history they lose their destiny.” Let us embrace our historic past and move forward to a better future.

Karen N. Smith was born at The Leak family home in Kingman Park in October 1947, where she lives to this day. She attended Blow, Payne Annex and Charles Young elementary schools and graduated from Browne Jr. High and McKinley Tech High School, after which she attended American University soon after it was integrated. She has worked for a variety of organizations including The Congressional Black Caucus, The Rand Corporation and The American Institute of Architects Research Corporation. She raised three children in the District and now has five grandchildren and one great grandson, all of whom live in Washington DC.