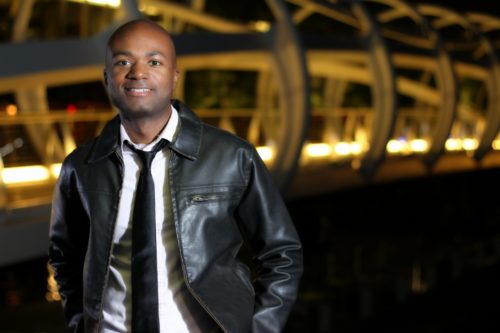 The Hill is Home is sharing the statements of ANC candidates in our general region. Although the main focus of our blog is Capitol Hill –served by ANCs 6A through 6C– we feel that a community is made stronger by the neighbors with whom we share a close geographical area. We are honored to share candidate statements from neighbors from Ivy City to Navy Yard, with minor style edits. To all of you who are running: Thank you. –Maria Helena Carey and Kate McFadden

My name is Edward Daniels and I have called Washington, DC, home for the past 15 years. I am a proud union stage & film actor and an entrepreneur currently running two small businesses, Scorpio Entertainment, celebrating 14 years in 2019 and Monologue Madness, celebrating seven years in the District and expanding to Atlanta, GA, in the year to come. I began to follow the development of the Capitol Riverfront BID back in 2008 when much of the area consisted of empty lots and warehouses. After living in Columbia Heights and Shaw, I moved to the Capitol Riverfront in 2016.

I decided to run for ANC when I first read that our current Commissioner would not be seeking re- election. Since announcing my campaign and chatting with hundreds of neighbors, I have become even more confident in my platform and even more driven to speak the collective voice of my neighbor’s
concerns.

My platform is rather simple and comes with the following caveats: I hate bureaucracy and am a huge proponent of efficiency. I am not looking to change the world during this two-year term, rather, I am here to fix as many of the small issues that seem to be continuously overlooked in our community.
Our neighborhood continues to grow and become a world-class entertainment and tourist destination. However, the pace of development and planning in Navy Yard-Riverfront seems to be focused on how the neighborhood will look in five to ten years instead of assessing the immediate needs of residents.

For example, off-street resident parking is non-existent for over half of the neighborhood. My biggest fight and consistent feedback from neighbors has referenced the lack of resident parking, compared to most DC neighborhoods who participate in the Residential Permit Parking program. Visitors to our
neighborhood, including stadium, special event, restaurant, and retail patrons, have far higher priority to park on our streets than those of us who are paying upwards of $2700 per month in rents and an additional $3000 per year to park in the garages of our fancy new buildings. I would like to implement a trial period during the Nationals off-season where 25% of parking spaces currently zoned for pay to be
exempted for Zone 6 permit holders and for all residents living in the neighborhood to be given the chance to participate in the residential permit parking program as a Zone 6 holder.

An additional set of resident issues are the number of dangerous cross-walks, incorrectly posted, and non-posted signs throughout the neighborhood that DDOT continues to ignore. Call me crazy, but I can’t fathom why it takes multiple reports of the same issue or a phone call to local news media outlets
before a dangerous intersection garners a response from those who could fix the issue after one simple resident alert.
Residents may learn more about my campaign & provide further feedback online at www.EdwardforANC.com