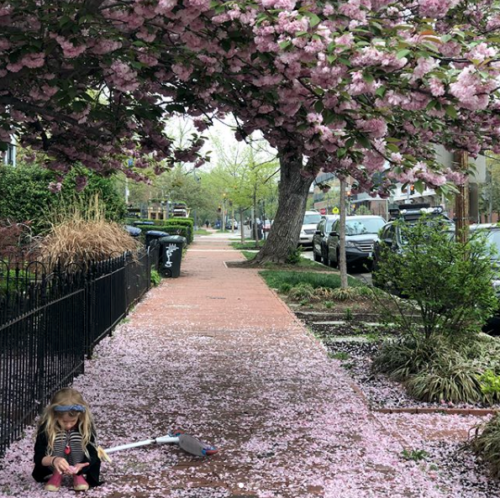 Happy Tuesday! Here are some news about the Hill and beyond to catch you up!

First up, CONGRATULATIONS to Mayor Bowser on her happy news. The mayor just adopted a baby and, while no more details have been released, we wish her all the happiness. She shared her addition via Twitter:

It is with great joy and excitement that I share with you that late last year, I decided to begin the adoption journey. I was not sure how long it would take, and to my delight, it advanced much sooner than I expected. So today, I am proud to announce that I am a mom! pic.twitter.com/q9qoz587IL

Wondering why Exelon, Uber, the government of Qatar (?!) and other corporations have been paying for Metro to stay open an extra hour or so? WAMU sates your curiosity.

Watkins Alley is coming very soon to Hill East, at 1309 E Street SE. Urban Turf had the details back in January but there was a PR NewsWire item on it today, regarding the partnership of Ditto with Walker & Dunlop to restructure debt financing. Another luxury condo area in the books, I guess.

Eater has the early details on Orchid, the new gay bar on Barracks Row.

DC Streetcar hate doesn’t seem to get old for some folks. However, watching Rand Paul race the streetcar would be quality entertainment. Can we make this happen? Washington Examiner

Initiative 77 is very unpopular, especially in the DC council– although our own Charles Allen hasn’t taken a public stance on it yet. You should probably ask your server more about it next time you dine out. WAMU

Kingman Park is a historic district, despite opposition from most neighbors. Washington City Paper reports on how the new status has divided the neighborhood.

The InTowner wonders about churches and their relationship with the neighborhoods they serve. Considering how many churches we have on the Hill, it’s food for thought.