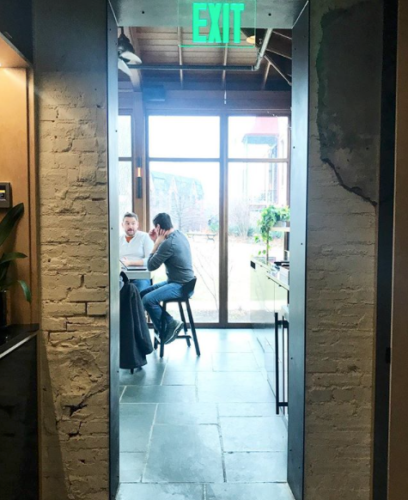 Photo by Austin Graff (@austinkgraff) via #thehillishome on Instagram

You can own a place with zero bedrooms but 100% charm in the same building where Spike Mendelsohn got evicted some years ago! Curbed DC

Follow-up: THREE MILLION for another condo in the same building?! I hope it comes with a fainting couch. Curbed DC, again

You can’t quite afford Hill East on an “artisan’s” salary alone (see above), but thanks for the shout-out anyway, Neighborhoods.com!

#ObviouslyNotDC would like to know what kinds of incentives Mayor Bowser and the District are receiving. They also want to know why the Mayor signed a non-disclosure agreement with Amazon. Hey, we want to know too. Washington City Paper

Tom Sietsema likes “the beguiling Chloe” at Navy Yard a whole lot– among other recs during his weekly chat.  Washington Post (Subscription)

Speaking of Billy Graham, he might end up in the Capitol Statuary. Roll Call.

Changing parking rules because of the possibility of threats is happening. Expect traffic, tourists and probably protests when it’s all unveiled during the upcoming Rock ‘n’ Roll Marathon on March 10. WTOP

Street and alley cleaning cometh. Be ye warned and get used to move your car. DPW