(UPDATED) More Information on the Rabies Alert: Dog did NOT Have Rabies 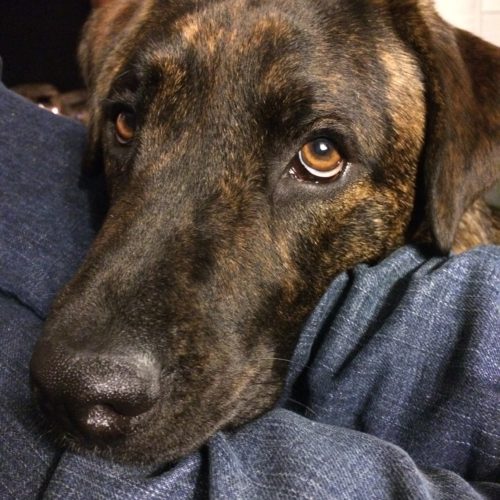 Oliver sends his love to Fred’s family and the Dog-Ma family during this difficult time. Photo by Claudia Rauch

UPDATED 8/3/17: According to WTOP and other news sources, “The Centers for Disease Control and Prevention have ruled that a bulldog that initially tested positive for rabies, DID NOT in fact have the virus.” It also appears Fred was not euthanized, but died on his own. Anyone who began rabies vaccinations based on the initial reports is not as risk of Rabies and should stop the vaccination series.

A notice has been circulating about a dog with rabies in our neighborhood. Please note that there is no current threat to the community and officials are working to determine how a dog who had his vaccinations contracted rabies.

The infected dog, Fred, has been euthanized, as there is no cure for rabies. All owners of dogs who were in contact with Fred at doggie day care at Dog-Ma have been instructed to get a booster vaccine and stay in “home confinement” until September 1.

As a dog owner and a long-time client of Dog-ma, 816 L Street SE, I wanted to help share the most current information and to express condolences to the family of Fred, as they must be heartbroken having lost their pup so abruptly.

Dog-ma has put out the following statement and is keeping its community updated as more is known.

Dear Pack Parents (updated info for those who got the earlier alert!)

It is with great sadness that we inform you that one of the Dog-ma pack, 1.5-year-old bulldog Fred, was diagnosed with rabies. Fred, like all of your dogs, was only allowed to come to Dog-ma after his humans sent us vet documents showing he had up to date vaccinations.

Understandably, that a dog could contract rabies despite up-to-date vaccination is causing a serious reaction within the DC Health Department and DC Animal Control as well as among local vets. Dog-ma and the DC Health Department have confirmed with Fred’s vet (in VA) that his vaccinations were current throughout his entire short life. The Dept of Health and Fred’s vet suspect a problem with the vaccine batch used on Fred. The DoH has contacted the manufacturer.

Fred was euthanized last week and the various agencies are conducting tests to pinpoint what form of rabies (bat or raccoon vector – it remains known how he got it) and his virus load during the past weeks. This is to determine possible exposures of the critters and humans Fred encountered during the last month of his life out on walks, at his home and at Dog-ma.

We wanted to share with the entire Dog-ma family what we know and what our plans are to maintain the health and safety of all of the Dog-ma pack and staff:

-Fred was a boarding client only. Fred boarded at Dog-ma from July 14th to July 17th. He acted normal, but the Dept. of Health epidemiologists have informed us that this is during the period he likely was contagious.

-Having spoken at some length with the Dept of Health’s top vet and zoonotic epidemiologist, Dr, Andrew Hennenfent, I can update you with what I learned: rabies virus is not transmitted through urine or feces nor does it survive in water (so if Fred stuck his drooly head in a puddle and later another dog walked through that water with a cut paw – not an exposure). Nor can rabies virus get through skin. It does not have a long life outside a carrier’s body. So even if we did not clean and bleach Dog-ma yards and inside spaces faithfully several times a day, the facility would not be “contaminated” from Fred drool.

-The exposure risk is if Fred bit or scratched another mammal or a person or dog had Fred drool get into a cut or a person had it on their fingers and rubbed their eyes. While we closely supervise play, staff observed no tussles, much less biting incidents involving Fred, Dr. Hennenfent says that as a precaution all dogs that were at Dog-ma when Fred was there should get a new rabies vaccine/booster as soon as possible.

-The pack parents whose dogs were at Dogma when Fred was present got an alert from us over the weekend as soon as we learned the news. If you have not heard from us – ie. your dog was not here for daycare or boarding between July 14-17, DC Health is not recommending that your dog get a booster unless you would have some other occasion to be in contact with Fred. Those whose dogs were present also have been informed to keep their dogs on “home confinement” until Sept. 1. Dog-ma is now working with our insurer to get permission to offer home stays (to make up for boarding) and dog-walking services. (“Home confinement” does not mean no outside, but no dog parks, no Dog-ma, and staying away from other dogs when on walks – that means a lot of Dog-ma dogs and pack parents will need alternatives for the next month and that is why we are working with our insurer to try to find a way to smooth the way…)

-Every dog that was at Dog-ma when Fred was here may only return to Dog-ma with proof of having had a booster. Dr. Hennenfent also said that if a dog tolerates vaccines in general, there is no problem getting another rabies dose. It acts like a booster. This is for the safety of those packsters but also the pups who were not present with Fred and also the safety of our staff. (Given we are fanatical about having all Dog-ma dog’s vaccines up to date, our staff does not have prophylactic inoculation against any zoonotic diseases, much less rabies like someone working in animal control encountering raccoons or someone doing bat research would. As a result, all of the Dog-ma staff present when Fred was here are getting the prophylactic shots – thankfully no longer ten wide-gauge needles in the stomach, but a four-shot series in the thigh.)

We promised to share with you in real time any additional information or guidance that we receive. This news is unsettling and upsetting. We love your dogs like family and almost every Dogma staff also has at least one of their family dogs playing in the pack most days.

Please call Dog-ma’s general manager Beth Aldrich with any questions we can help on. And for expert information about rabies and Fred’s case, please call Dr. Andrew Hennenfent the lead vet with the DC Department of Health at (202) 442-9143 or email him at Andrew.hennenfent@dc.gov for live updates.

Lori Wallach
(Izzy, my pup, normally signs Dog-ma emails… but this serious note requires a human signer and he is out getting his rabies booster right now…)

You can find additional resources regarding rabies symptoms at the DC Department of Health Website:

If your dog is acting in a manner not consistent with their personality, make an appointment with your veterinarian.