Today we will look at something that was lost not once, but twice: once on the battlefield, and again in the many renovations and rebuildings at the Washington Navy Yard.

In the aftermath of the Battle of Gettysburg, Captain Ulrich Dahlgren (pic) of the United States Army was patrolling Hagerstown, MD, when he was struck in the foot by a bullet. Dahlgren managed to complete his patrol and report to his commanding officer, at which time he fainted. Dahlgren was sent home by train to his father’s house, just south of Judiciary Square in Washington DC.

While at first it seemed that the wound was minor, it soon became clear that young Dahlgren’s leg would not survive the encounter with the bullet, and so it was amputated. During his recovery, Dahlgren received a number of important visitors. Among these was Edwin Stanton, who brought not only good wishes, but a promotion to Colonel for him. Dahlgren repaid the Secretary of War’s confidence in him by soon rejoining the army, with a cork leg replacing the old flesh-and-blood one.

Sadly, the story now takes a rather sinister turn, as the newly-mobile officer was sent on a possibly foolish raid on Richmond, one which apparently targeted none other than the President of the Confederacy. However, Jefferson Davis did not die: Dahlgren did. Papers on the young Colonel’s body gave away the story. Though there are arguments as to the authenticity said papers raining on until present time, there was no doubt in the Confederates’ minds that Dahlgren and his men were up to no good. Dahlgren’s body was mutilated. Only much later was it turned over to his family for burial in the family plot in Philadelphia.

Much more interesting is the saga of the amputated leg. After it was severed from his body, the question was what to do with it. Given its advanced state of decomposition, it was determined that sending it to Philadelphia was not an option. Fortunately, there was a closer option: The Washington Navy Yard. While Colonel Dahlgren’s father, John, was no longer in charge there, the current commander still held his predecessor in high regard, and he took over young Dahlgren’s appendage. At the time, a new foundry was being built to cast the guns designed by the elder Dahlgren, and so it seemed appropriate to inter the younger’s leg in the wall. This was done, and later, a plaque was affixed to the wall which stated that: 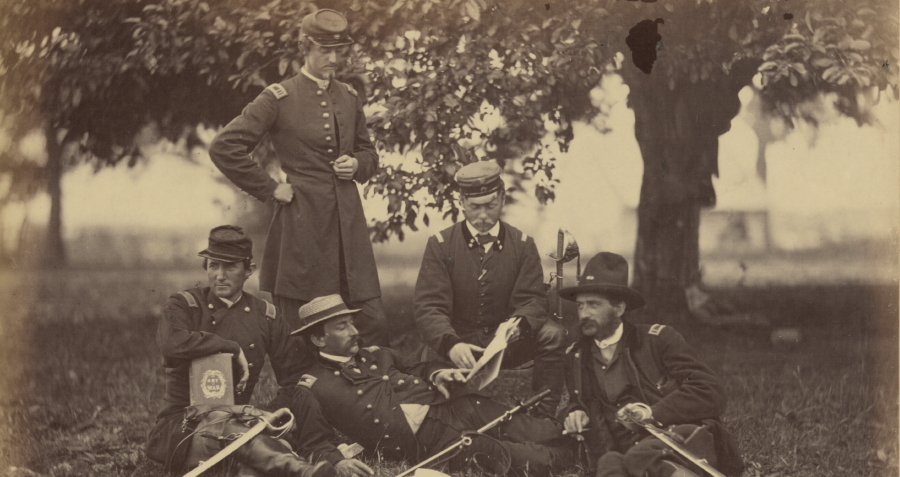 Within this wall is deposited the leg of Col. Ulric Dahlgren, U.S.V. wounded July 6th, 1863 while skirmishing in the streets of Hagerstown with the rebels after the Battle of Gettysburgh.

The foundry was demolished in 1915, and replaced with a metal fabrication shop, though the leg was kept in situ. The metal fabrication shop was knocked down in 1942. This time, however, there was no sign of the leg. Nonetheless, the plaque was affixed to the new building built on the site, which, in turn, was replaced with a parking garage in 1998. The original marker, plus a plaque telling the story of Ulric Dahlgren, remain to this day. The final disposition of the leg is still a mystery.

Along the way, the story was simplified to it being the elder Dahlgren who insisted his son’s leg be interred in this manner, a charge that his family vigorously protested whenever it was printed in a newspaper.

A final footnote to this story is the disposition of the wooden leg that Dahlgren was wearing when killed. It was apparently not returned to his family along with his body, and it was later said that one of John Mosby’s rangers – himself missing a leg – took ownership, and owned it for many years. An article in the Bennington (VT) Evening Banner of September 18, 1922, indicates that Captain John Ballard “probably will carry it with him to his grave.”