Instrument Builders on the Hill

I have previously written of scientific instruments made on Capitol Hill, and how one of them helped determine the speed of light. Today, instrument makers remain on the Hill, but have to travel a bit further afield to do their work. For that, their instruments are used in ways – and in places – Kubel could have only dreamed of.

Most D.C. residents know the Goddard exit off the Baltimore-Washington Parkway. It is here that all manner of unmanned spacecraft are designed and built before they are blasted off into space and into orbit around the Earth or the Sun. It is also where the ground crews are located that have day-to-day control over the satellites.

The most famous satellite that Goddard is responsible for is the Hubble Space Telescope, which is now over 25 years old, and has increased our knowledge of the universe tremendously. Sadly, its days are numbered, and while it is still unclear when or how, exactly, it will fail, it will return to Earth some time in the next 15 years. 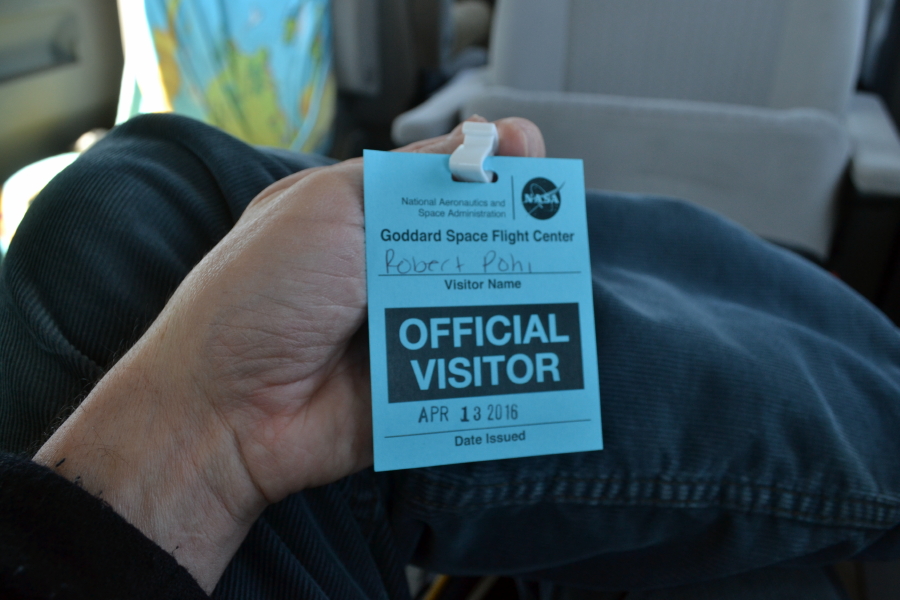 Thus, it is time for a new mission. Fortunately, the scientists and engineers at Goddard have been on the case for the last 20 years. The new James Webb Space Telescope (JWST) should be launched in about two years, and will dramatically expand what we can see of the universe. 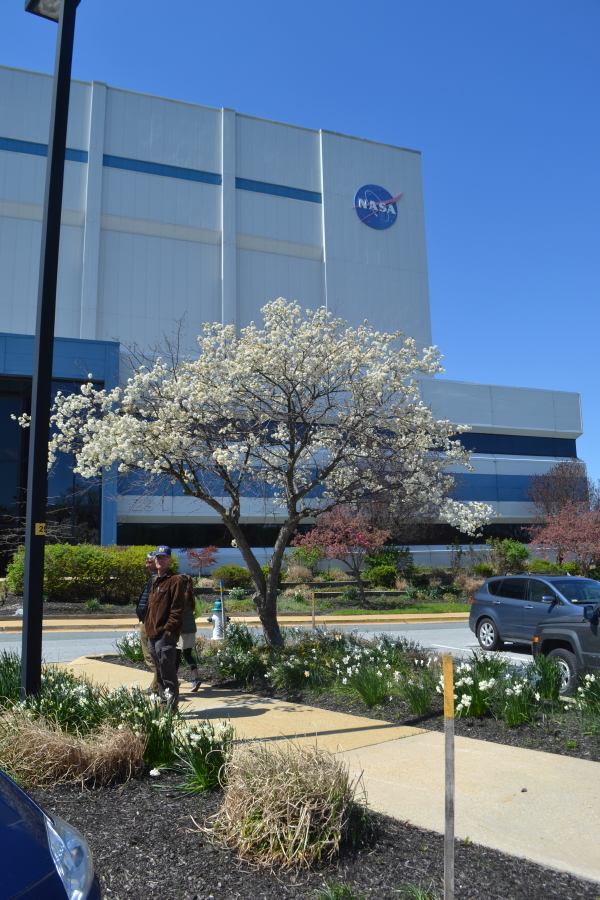 The building in which the telescope is being built.

After launch, the telescope, named after former NASA administrator James Webb (pic), will travel past the moon, and, about a month after launch, will unfold, with its secondary mirror extended on a tripod well away from the primary mirrors. Even more importantly, a five-ply sunshield will deploy below the main mirror. This will ensure that the mirror will be kept at a temperature sufficiently cool to do the infrared collection it is designed for. 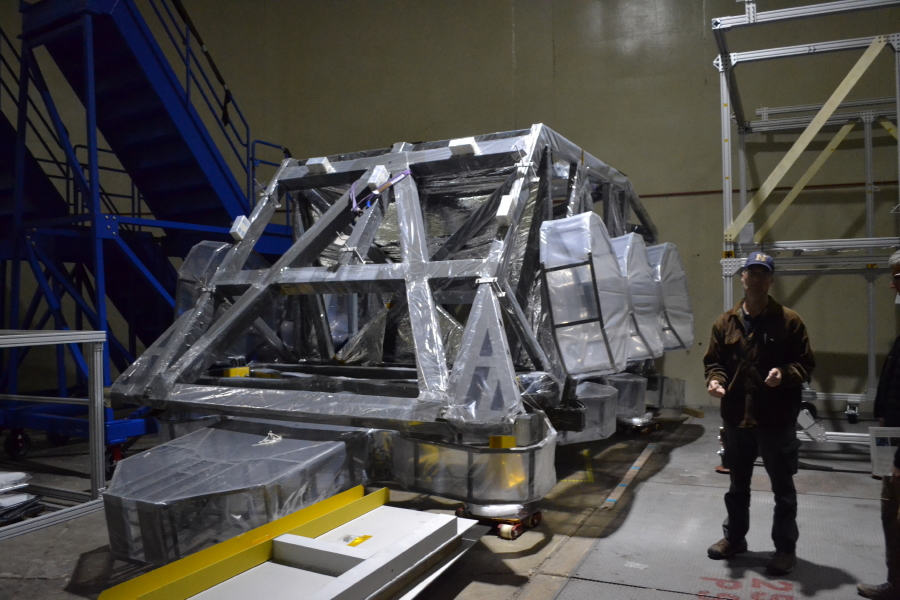 A mockup of the telescope. The mirrors are folded up along the side.

From its vantage point on the far side of the moon, at Lagrange Point L2, one of five points where the Earth and the Sun’s gravity cancel each other out, the JWST will look into the deepest past of the universe, sensing infrared radiation from the earliest days of the universe after the Big Bang. 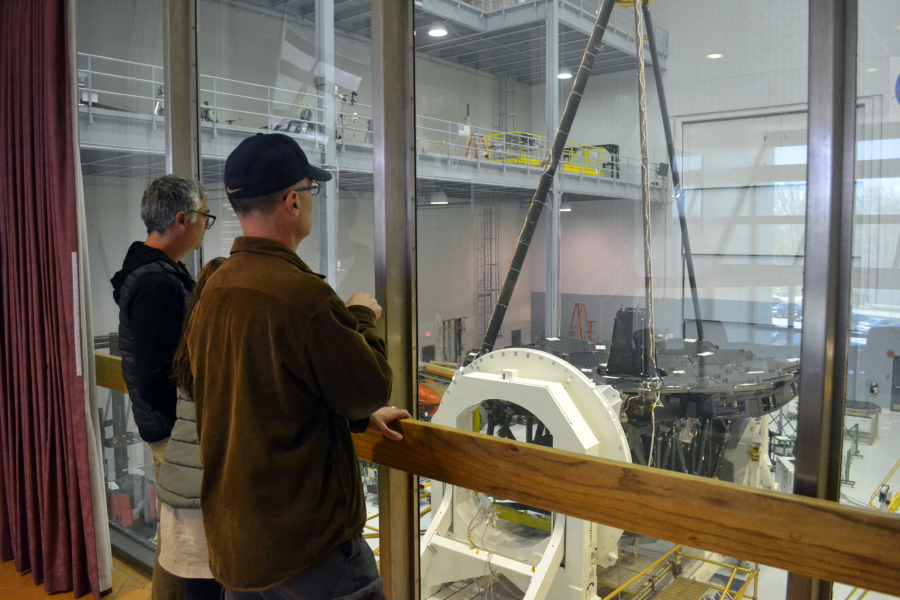 First, however, the construction of the telescope. The actual telescope consists of 18 hexagonal mirrors that form a mirror 6.5 meters in diameter (compare with the 2.4 meters of the Hubble) By folding in the outside mirrors, the total size can be brought down to a dimension that can be fitted into a European Space Agency (ESA) Ariane rocket. Below that (but still above the shield) is the instrument module. 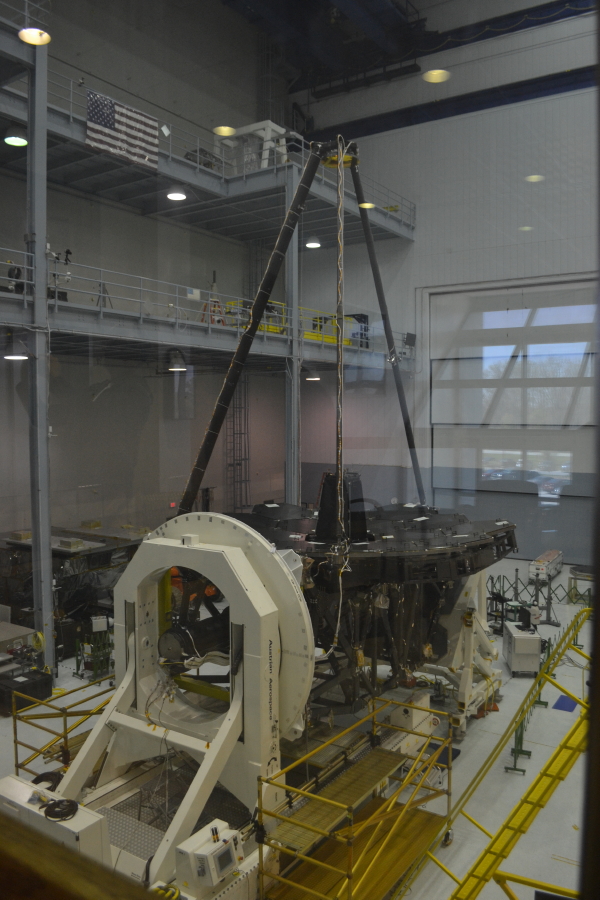 The telescope inside its clean room. The primary mirrors are protected by black covers. The instrument module will be fitted into the dark metal cage below the mirrors. 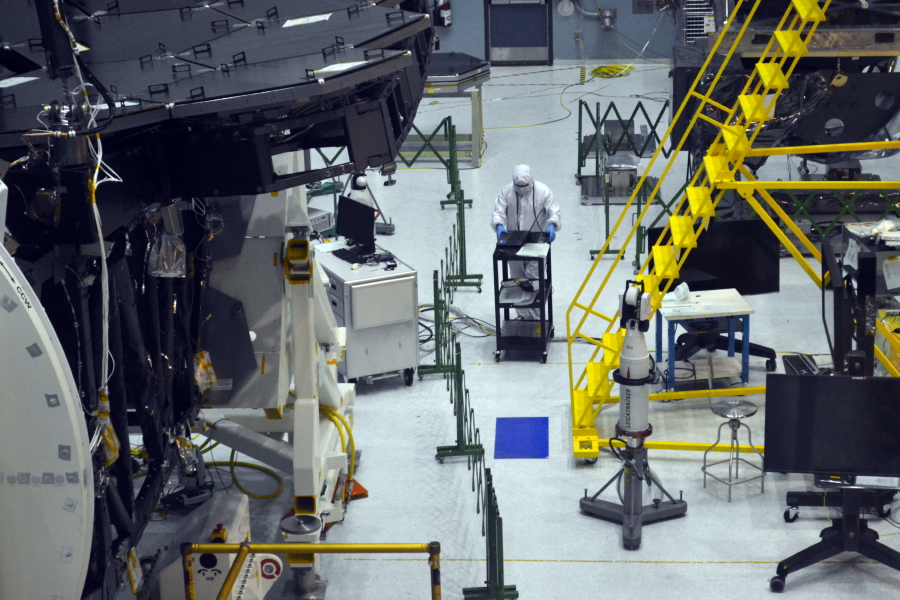 Much needs to happen before launch day. Once the actual parts have all been put together, which is happening in one of the world’s largest clean rooms right now, the entire telescope plus instruments will be put to various tests – first, a vibration test which will have system connected to a shaker system that simulates the stresses that it will undergo during takeoff. Thereafter, a noise test will recreate the sound – up to 150 db – that will buffet the telescope during takeoff. Finally, the whole setup will be inserted into an environmental chamber that can lower the temperature to the 40 or so Kelvin that exist in space. 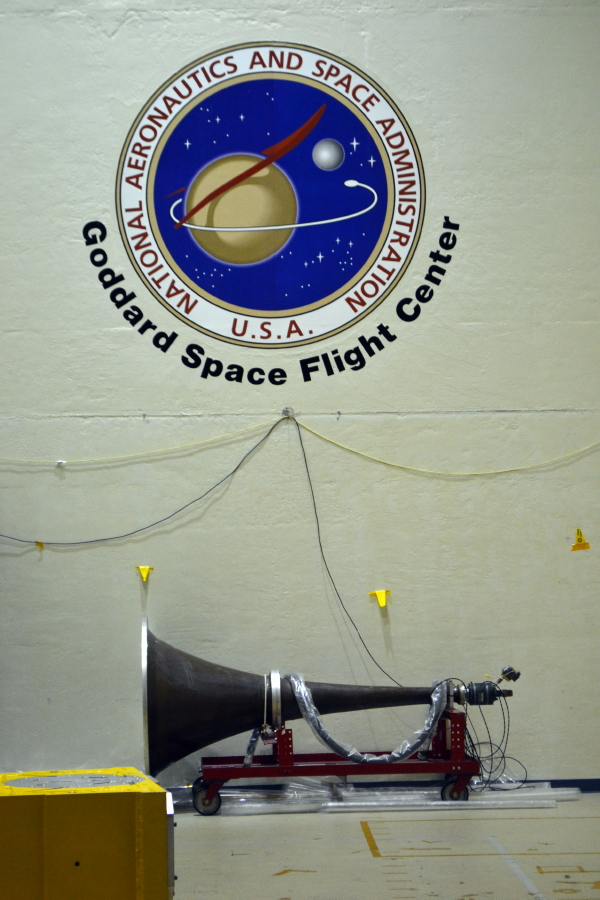 One of three ‘speakers’ used to produce the sort of noise that the telescope will be subjected to at takeoff. 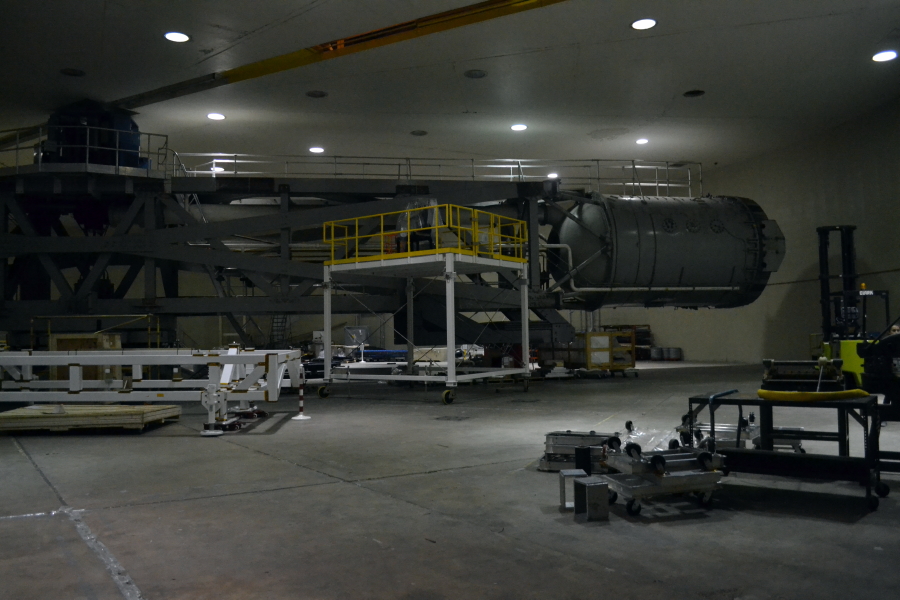 Centrifuge used to test smaller satellites and parts before they are blasted off.

Once all the tests have been passed, the telescope will be ferried to Houston, where more tests will take place, then Los Angeles where the telescope and instruments will be connected to the actual spaceship. After final system tests, the enture assembly will be shipped to the ESA rocket pad in French Guiana. If all goes well, some day in October, 2018, the telescope will be launched. About a month later, it will arrive at its destination, and thereafter, information will begin to flow back to the many scientists around the world who have been working on this project for the better part of their careers. 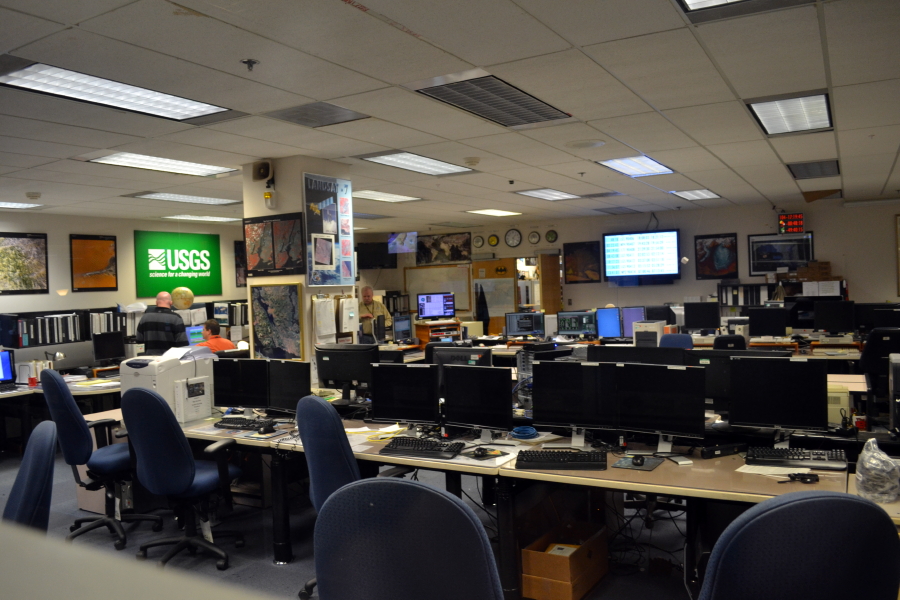 The mission control room for the Landsat satellites. The JWST will have a similar, more modern room at Goddard

A slightly more complicated instrument than what Edward Kubel built, but with the same goal – to further our knowledge of the universe.