When DDOT announced the first Alleypalooza in early July, the residents of the alley between Independence Avenue, 10th, 11th and C Streets SE eagerly scanned the list of alleys to be repaired in hopes that their backyard would be one of the chosen. 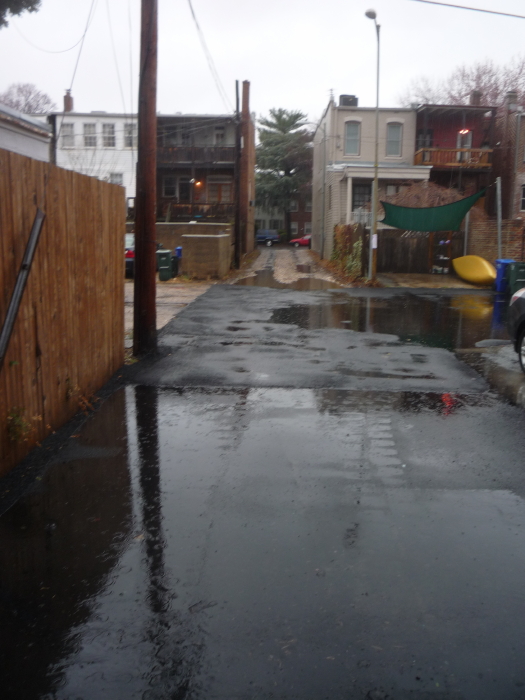 For obvious reasons: This is what the alley looked like. In fact, it was quite a bit worse: This picture was taken a few years ago, and the asphalt –relatively new at the time– has not fared well in the in the intervening 4+ years. 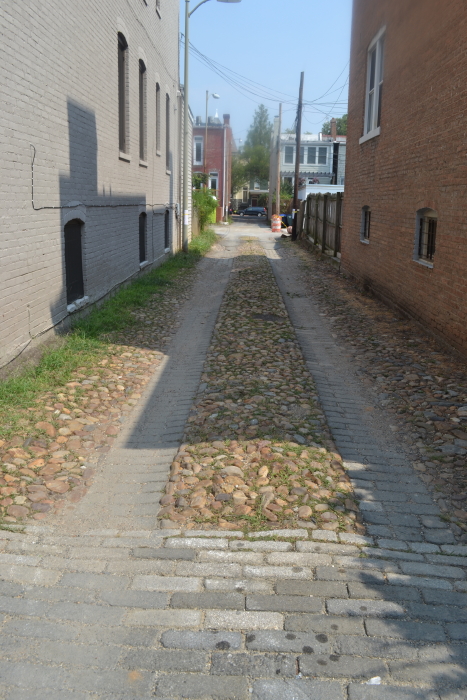 Sadly, the alley in question was not listed. Which was partly a relief to the residents, as a leg of their alley was paved with river stones. What would happen to these special pavement during a repair was unclear. 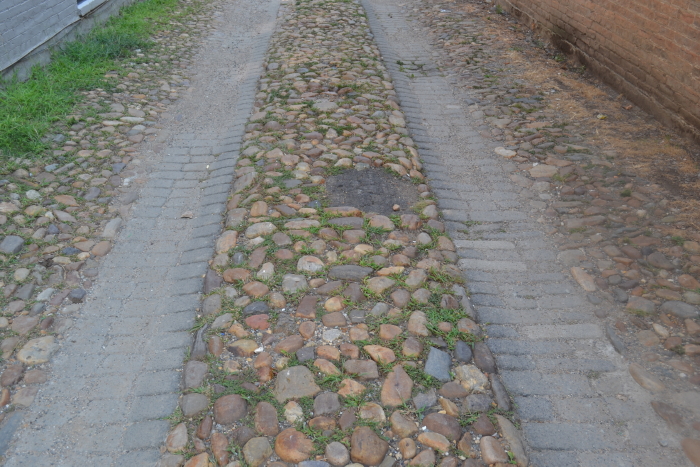 Why this leg is so different from the rest of the alley –and other alleys on Capitol Hill– is anyone’s guess. Possibly, it was related to a previous user of the alley: the Herdic Phaeton company. 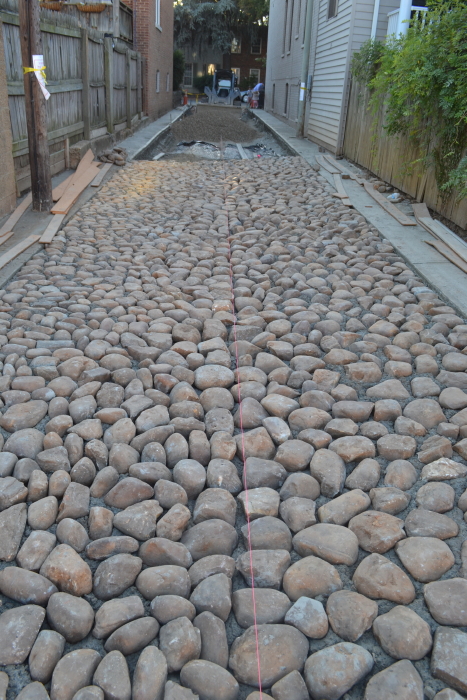 On the day that Alleypalooza II was announced, the residents of the alley were surprised to see an announcement –unconnected to the second round of alley repairs– that their alley was due for a facelift. Even more remarkable was that the river stone paving was to be repaired as well. The old stones were removed, and enough new ones found to pave the whole leg. Here the alley halfway through the process. 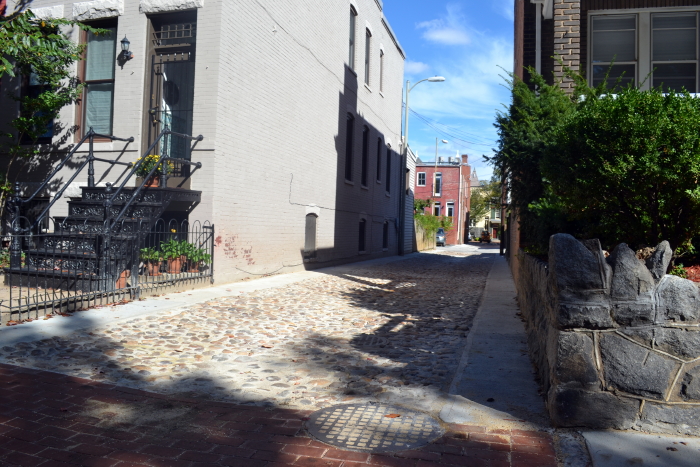 Today, this is what the alley looks like. Not quite how it must have originally looked, but it is a real improvement without a doubt. Most importantly, water drains smoothly off all parts of the alley, ensuring that no further lakes  –such as the one featured in the first photo– are formed.