Last week, we looked at the first public school for African Americans, opened in the Little Ebenezer church. Its explosive growth, fueled not only by the D.C. Emancipation Act but also by the law securing schooling for all children, meant that they soon outgrew their modest beginnings.

And so, a new school – and this time, one that was up to the task – was to be built.

The seed for the school was sown by a Mrs. Parker, of New Haven Connecticut. She had worked at the Ebenezer church school, and understood what was needed. She also had a lot of money, and gave $1,000 of it to the school trustees. Scraping together what they could, they found a lot just a few blocks away from Ebenezer, on C Street SE between 2nd and 3rd Streets.

The lot was only about twice as big as any other Capitol Hill rowhouse, but it was big enough to build two-story structure with two classrooms on each floor. Ground was broken in late 1864, and it opened for instruction on May 1 of the following year, with Henry Highland Garnet, minister of the 15th Street Presbyterian Church, giving the invocation. Garnet had, just that year, become the first African American to preach in the House of Representatives.

The original school, which was given the name Lincoln, did not last long. By 1871, a new building had been replaced by a brick school with about 4 times the size. The Lincoln school functioned not only as a place of learning, but also where the superintendent of ‘colored’ schools had his office. While most mentions of the school in the newspapers of the day were positive, with lists of students who had graduated or won an award, there were a few darker moments as well. For instance, in 1889 Principal John Nalle was accused of having flogged one of his students. The superintendent’s attempt to explain the actions consisted entirely of the statement, “…But he did not break the skin.” Nonetheless, the board of trustees of the public schools disapproved of Nalle’s actions, though what repercussions this carried is not recorded. 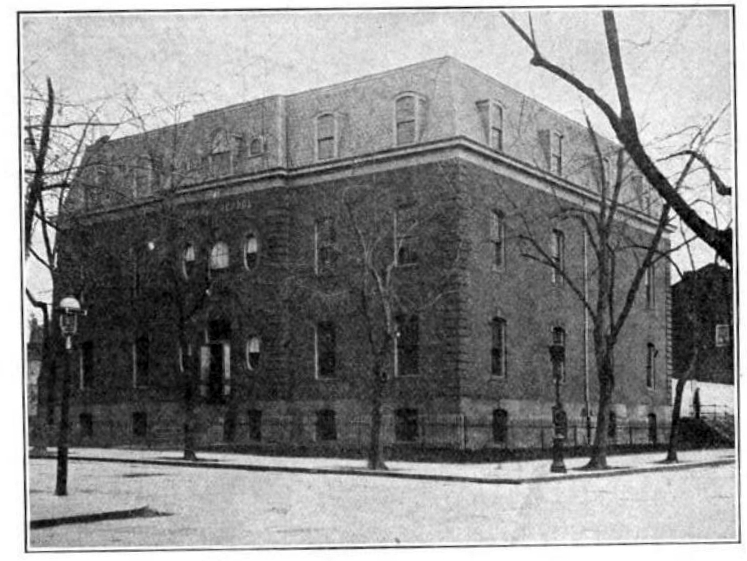 The Lincoln School in 1908 (Google Books)

Another time the school found itself in the crosshairs of the newspapers was when a teacher returned to her locker and discovered that her coat and “mocha gloves” had been stolen. What, if any, consequences this had is unknown.

By 1908, the Lincoln School found itself on the list of schools to be “abandoned” as part of a school reorganization plan. The report criticiziced pretty much everything about it: the school was too old, on too small a lot, too dark, too far from the students that it served. Nonetheless, it remained in operation for almost 40 more years. Finally, in 1947, the last classes were held, and the school was closed down. The following year, it was sold to a developer, who planned to tear it down and replace it with an apartment building.

Today, the Capitol Hill Hotel takes the space where generations of students once studied.