This week’s column will be slightly different than usual, as I have been given a book to review. I was sent a copy of Becoming What We Can Be: Stories of Community Development in Washington, DC, which was written by Tony Proscio, and found that the stories were indeed relevant to my interests. The book concerns changes made all over DC over the last 50 years, and is thus more in Greater Greater Washington’s wheelhouse than mine, but the story of H Street added much to my understanding of this vibrant neighborhood.

Last year, when I was asked to do a tour of H Street, I researched the usual events that happened there: the British invasion of 1814,the building of the street car, the residents, the shops, the churches, then the riots of 1968 and the rebirth of the strip, anchored by such community centers as the Atlas.

One element that I entirely overlooked was the Hechinger Mall at the intersection of Bladensburg and Benning Roads, 15th Street and Maryland Avenue. Fortunately, Proscio fills in my knowledge gaps here.

The mall was built in 1981 by the Hechinger corporation after their initial attempts to convince other operators to take over their hardware store and warehouse and turn it into a mall failed. While the Hechinger people had solid economic data indicating that this was not only a good place for a supermarket, but also other stores, mall operators saw only the aftermath of the riots and would not be persuaded.

The Hechingers, led by John Hechinger Sr, decided to forge ahead on their own. With Safeway and Peoples Drug as anchor tenants (both of which understood the issues facing them in a neighborhood such as this), they built a new mall, filling the rest of the storefronts with small, local businesses. Getting money for this project was not easy, as most traditional sources of money saw the same issues that mall operators had seen. Only a DC grant allowed the Hechingers to proceed.

The mall opened in 1981 and has become a neighborhood institution, drawing in more national chains to the property. It has, as Proscio points out, “outlived even the Hechinger Company itself.” And with the main draw of H Street being its exciting new bars, restaurants, and venues, it is easy to overlook this important piece of history. 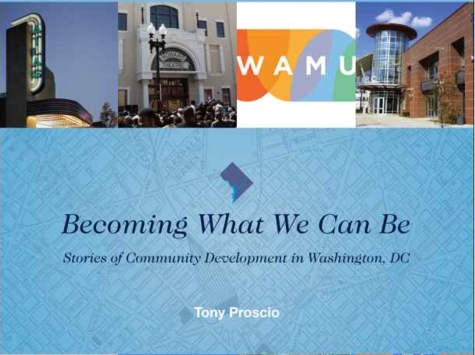 I have, obviously, mentioned only at one small part of Proscio’s book. In other chapters, he looks at other neighborhoods and projects, and the people and groups that did the work there. I was particularly fascinated by the story of Shaw’s Whitelaw Hotel, D.C.’s first luxury hotel for African Americans. It went into decline after desegregation, and finally was closed in 1977, before reopening as condos in 1992. Much as in the case of the Hechinger Mall, the renewal was driven by people who had a vision for the future, and were willing to try new and different ways to make it work; and with that, give a path forward for other projects still to be tackled.

If you’re interested in the subject of urban renewal, and the changes that D.C. has seen in the last 50 years, I can highly recommend this book.