It May Be Day 12 of the Shutdown, But DC is OPEN (and Clean) 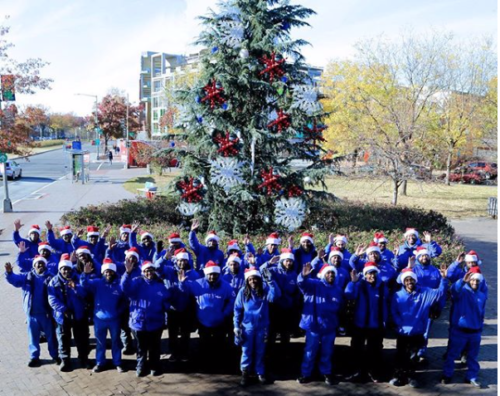 Photo courtesy of the Capitol Hill BID, via Instagram

We are on day 12 of the government shutdown. To our neighbors who are on furlough, we send our condolences and hope this matter is solved quickly. However, according to Politico, it looks like this shutdown is tied for sixth longest in history and it’s not clear what will happen when the 116th Congress convenes tomorrow. The New York Times reports that President Trump rejected a compromise earlier today.

However, in the midst of uncertainty and fair news, it’s good to see our wonderful neighbors –both big and small– pitching in and taking action.

Delegate Eleanor Holmes Norton has worked hard to make sure the DC government has funding to stay open. She wrote in a provision in the fiscal year 2018 omnibus appropriations bill, like she did in 2017, so that the District could remain open even if the Federal government shut down. Mayor Muriel Bowser wrote a letter addressed to President Trump, urging him to cooperate with Congress to end the shutdown and reminding him that a shutdown affects the 702,000 residents of the District of Columbia hardest.

The Capitol Hill BID has been working extra hard to collect garbage from federally maintained parks such as Lincoln Park, Stanton Park, Marion Park, Folger Park, Seward Square. In addition, the BID has been collecting refuse from Maryland Avenue, NE and 10th Street, NE, Maryland Avenue, NE and 11th Street, NE, as well as the Pennsylvania Avenue Corridor from 3rd Street, SE to Barney Circle. In a recent BID newsletter, BID President Patty Brosmer said the following: “We feel maintaining the cleanliness of the National Parks areas is critical to the overall well-being of Capitol Hill and we pledge to do what we can to pitch in during the shutdown.” The BID was recently featured in a WUSA-9 segment about cleaning up, which you can watch here.

Individual neighbors have also been pitching in. THIH reader and contributor Liz Festa sent along a message earlier, saying a neighbor and friend was doing his Good Samaritan duty at Lincoln Park, picking up litter in the playground area.

Finally, a beautiful sight from the National Mall: A DPW truck picking up the trash. You can’t keep a good District down, am I right?

. @DCDPW *literally* picking up the federal government’s trash on The Mall. pic.twitter.com/DNFLmA5Nfg