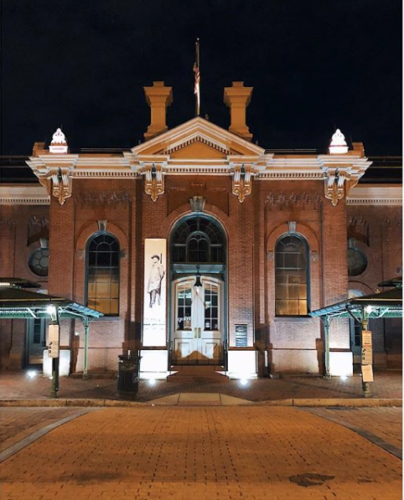 Photo of Eastern Market by @mc_madeline, via our hashtag #thehillishome

Hey neighbors! It’s the holiday season and many most of us have ordered presents through the mail, or are receiving packages from family and friends from far away. Perhaps due to some karma associated with not #ShoppingLocal (just kidding), package theft, which is already a problem around the neighborhood, goes into overdrive during this festive season. A cursory look at Facebook’s Hill East listserve or NextDoor has queries from neighbors, ranging from general queries of “Have you seen my delivery?” to involved stories of package theft and the brave DC government-sponsored cameras that catch the thieves in the act. Many of our readers have also chimed in on Twitter, in order to share their stories of package theft. Here are a couple of sample stories:

Anyone else in #HstNE have @USPS misdeliver/steal their packages already this season? We were expecting 2 pckgs yesterday, tracking for both says it was delivered but security cameras shows mail person never came to our street. @theHillisHome #tistheseason

I have literally chased down the mail carrier when the tracking number said it was out for delivery but box wasn’t left. His truck was a chaotic mess of boxes, and he was visibly annoyed that I expected him to dig through them to find mine, a process that took just a few minutes.

Yup! At least twice, luckily w vendors who re-sent the items rather than sending me down the USPS claims rabbit hole. I recently got a “delivered” alert while home (no knock/buzzer) & ran outside. Tracked down the mail lady who said she scans them as she takes them from the truck

Recently, THIH reader Tayla Burney wrote in to share her story. It’s, as she called it, “a package theft twist.” She writes,

No idea if it’s more than an anomaly, but an order I placed with a UK-based small business came with just one of four items in it via DHL just before Thanksgiving. In the holiday flurry I thought, “Weird, I would have thought it would all come together” and set it aside. A week or so later, when the rest hadn’t arrived, I checked the order status and it showed that all of the items had shipped together.

After being in touch with the (UK-based) company, which has been very responsive, they were completely puzzled. Especially when my description of the packaging didn’t align with their practices. It seems as though the package was opened, the majority of the items removed and stolen, and then a single item was repackaged with the same shipping label so it showed as delivered.
I’ve no idea where along the way this happened, so don’t mean to slander DHL, but I did sign for the package as I was home at the time of delivery.

Tayla mentioned that she hasn’t followed up with DHL directly, but the small business has. As a reminder, if you’ve been the victim of a package theft or any other kind of theft (such as having your car riffled through), you should take the time to report the activity to the DC Police Department. You can even file a report online: Police Report Online. It may be a pain in the butt and you may want to dismiss what’s happened to you as trivial, but if we don’t provide enough information to police, they have no way of knowing whether theft is going up in a certain area.
Have you been a victim of package with “cosmetic surgery”? How are your deliveries faring this year? Share and commiserate with one another in the comments and via our social networks!