The 100th anniversary of the end of the First World War was a moment I wanted to mark in some way, and the obvious place to do so was at my local cemetery: Congressional. I needed some hook for this, though, and after some time spent searching the web, I discovered that there was at least one veteran from that war buried there: Hugh Preston Fiscel.

Fiscel was born on December 15, 1892, in Pennsylvania, where he grew up and went to school. In February, 1918, he joined the army and was sent to Camp American University, where he was not assigned to the notorious chemical weapons program, but rather to the 20th Engineers, who were a forestry outfit. Fiscel was assigned to Company B of the 9th Battalion and it with this outfit that he shipped out to France in late March, arriving in Brest on April 8 of that year. 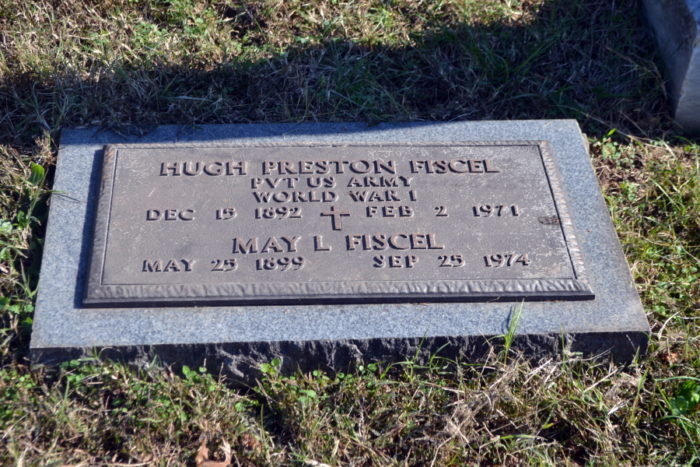 The company was sent far from the fighting to the south-central part of France, where they attacked not enemy soldiers, but large stands of trees, mainly softwoods. They also built a number of mills. Along the way, Company B was renamed the 26th Regiment, and it was as such that they were transferred to the “Burnt Area” after Armistice. They would not return home until May, 1919.

Fiscel got busy quickly, marrying the 19-year-old May L Penn shortly after returning. By 1920, they were living in Washington D.C., where Fiscel found work as a shoe salesman while his wife worked as a clerk in an automobile shop. They owned a small house on Uhland Terrace NE, about a mile due north of Union Station. A few years later, their daughter, Norma, was born.

In late 1926, Fiscel bought out the Economy Hardware Company, located at 423 8th Street SE, and in December of that year, he ran a number of notices in the Washington Evening Star, requesting that “existing creditors … present bills against said business on or before December 25, 1926.” 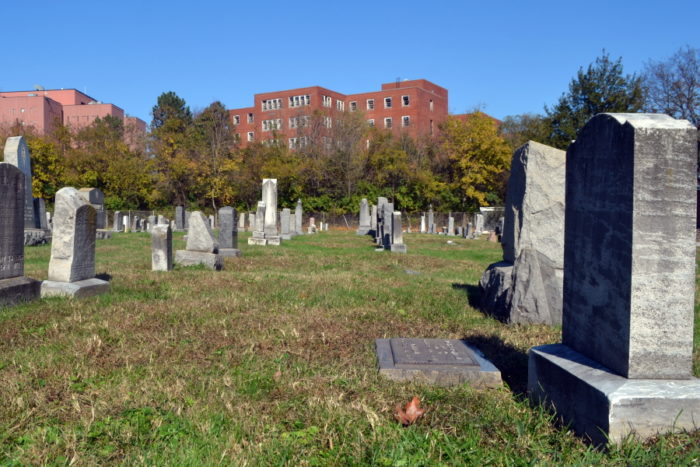 The D.C. jail looms over the marker (RSP)

For the next ten years, Fiscal would run this business, renting floor polishers and selling vacuum tubes and paint. Like many businesses in this time, it failed, and so by 1940, Fiscel was working as an electrician for the Department of Commerce, a position that was presumably a more stable position. They had also managed to move – not far, but to a slightly larger house on Rhode Island Avenue. Coincidentally, both houses had originally been built by Henry Wardman.

Norma Fiscel would marry Frederick Johnson of the Coast Guard Reserve in 1945. They presented the elder Fiscels with two grandchildren over the next years. May and Hugh Fiscel moved out of Washington in the following years but not far – it was in Silver Spring that they were living when he died on February 2, 1971. He was buried at Congressional Cemetery a few days later. His wife would follow him two and a half years later, in September 1974.