Lost Capitol Hill: An Explosion at the Navy Yard

I recently gave a talk at the Literary Hill Bookfest on the research that was done at the Washington Navy Yard over the years. In looking into this, I came across a terrifying episode in the life of Abraham Lincoln at the Navy Yard.

Lincoln was good friends with the commander of the Yard, John Dahlgren (pictured), and would often join the latter to talk about the war, or new weapons, or observe these in action. This is how, on November 15, 1862, Lincoln joined Dahlgren to see the test of a new weapon, an improved rocket. While Congreve rockets had been in use for some time, and had been part of the inspiration for Francis Scott Key’s poem “the Defense of Fort M’Henry” in 1814, they were also fairly rudimentary, especially in that they used a long stick for stability (think an oversized bottle rocket)

In the 1840s an English inventor, William Hale, came up with a new and improved rocket. Instead of the stick, it had vents on the side through which the propulsion material could escape, causing the rocket to rotate and in this way remain stable in flight. Hale’s idea was introduced to the United States by Joshua Burrows Hyde, and had been used, with only limited success, during the Mexican-American War. It was an improvement on these rockets that Dahlgren was to show Lincoln.

Lincoln arrived along with Secretary of State William Seward and Secretary of the Treasury Salmon Chase. They were taken down to the banks of the Anacostia, where the rocket had been set up in its launcher by Lieutenant Commander William Mitchell. 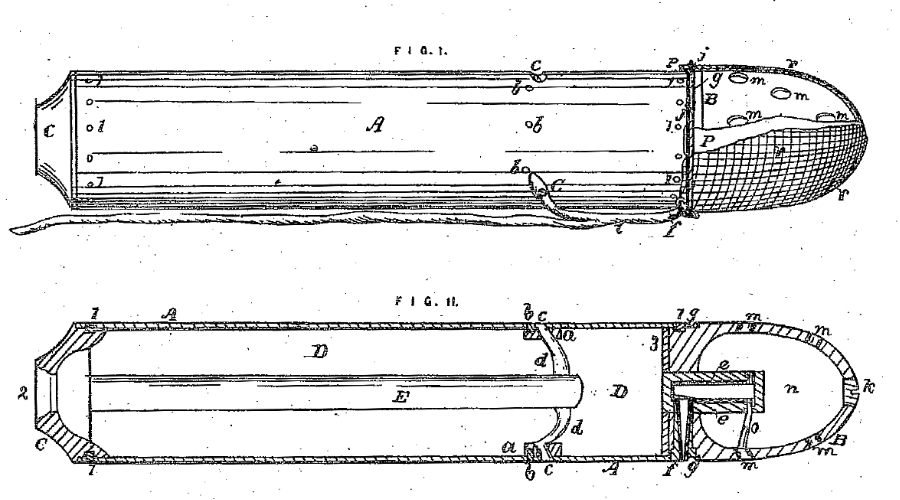 While the hope was that the rocket would shoot out of its launcher and burst over the river, instead there was an immediate explosion which threw up a huge cloud of smoke. When this cleared, it became obvious what had happened – the rocket had never left the launcher. Fortunately, the shrapnel did not strike anybody around it.

Two days later, with Lincoln now safely in the White House, another Hyde rocket was tested. This one managed to escape its launcher, but flew not towards its intended target, but instead ended up on the roof of the blacksmith shop, where it did not do any further damage.

In fact, the only damage done was to Mr. Hyde’s reputation. He gave up on his invention – other than patenting it the following year. He seems to have concentrated his talents on improvements on guns from thereon out. Rockets were to play only a negligible role in the Civil War.