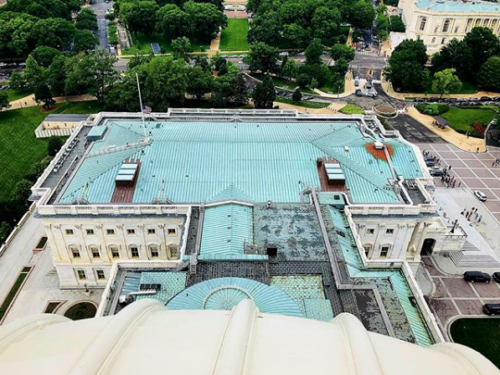 We shared with you Frozen Tropics‘ excellent post on the tragedies that unfolded on H Street NE this weekend, but if you missed it there, read it here. In sum: A woman was beaten on and off the X2 bus and suffered a miscarriage and a teenager got one of his bike’s wheels stuck in the DC Streetcar’s guide and was killed by a charter bus.  Friends of Malik Habib, the youth who died, have set up a GoFundMe to help the family with funeral costs. Our condolences to the Habib family.

There was also a multiple car crash and one person was severely injured.. If there is one lesson to be learned from all this sadness is that we owe it to ourselves to be more vigilant out on the roads, and that taking an extra minute to be civil on the road could save a life. Another lesson could be that this is not the first terrible, multi-car accident in this area of H Street. If you can believe it, there was an almost identical accident EXACTLY A YEAR AGO.

In more horrifying news, there was a shooting on I-695. The details are still fuzzy but we know a man riding a motorcycle was shot, according to the story over at WTOP.

Tiny houses descended upon the Navy Yard this past weekend. Did you see them? Do you want one? Washingtonian

The new budget goes into effect October 1st. Prepare to pay more for your Lyft or Uber! But… can Metro truly be saved? I want to believe it can be. Washington Post [subscription]

Bond Collective is coming to 609 H Street NE, right across from the WeWork. How many luxurious workspaces can our neighborhood sustain? We’re about to find out. Curbed DC

ICYMI, Politico wrote a very interesting piece on young millennials working for the current administration. Spoiler alert: Many Trump administration kids live over at the Navy Yard and the Wharf. Howdy, neighbors?  Politico

Larry Janezich has details on the Safeway groundbreaking that took place today, as well as other ANC business. Capitol Hill Corner

Good recap on Initiative 77 from HuffPo

Look: It’s awesome that the Navy Yard is cool enough to make it to a Forbes list of coolest neighborhoods around the world. But, objectively speaking, is the cool personified by the canopy of Navy Yard Metro? Couldn’t you at least scrounge up a photo of the Yards Park bridge? Jeez, Forbes.

Palate cleanser: An artist who sees the beauty and the quirk in our city. Thank you, Washingtonian

One bit of really good news: The Anacostia river got a clean-ish bill of health for the first time in…. apparently, since they’ve been measuring! The Anacostia Watershed Society gave the river a D-. Click on the link to read the report yourself. We’re not going to point out just how almost not-passing-at-all it is because hey! The river is cleaner! Congratulations and keep up the good work, everyone! WTOP