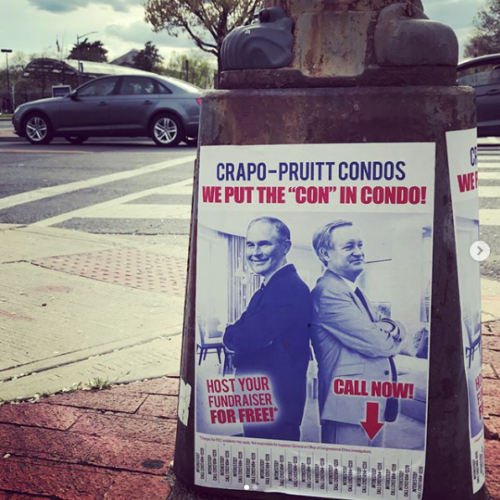 14 new electric Circulator buses will make their official street debut on May 1 and it is EXCITING. Imagine a world where you don’t have to smell oily diesel fumes anytime you walk by a bus!  WAMU

Tom Sietsema liked Fancy Radish a whole lot. Prepare to hear about this new spot from friends who got in before you did. Washington Post

Lumping H Street NE (a bona fide booming neighborhood, which has been so for at least five years if not more) with the former Florida Avenue market area –which has been getting developed up the wazoo in fits and starts for about two or three– seems a little weird. Guess what, though? The whole area is, like, soooo booming. Three cheers for geographical proximity, I guess. Don’t get us started on Hill East, however. Certainly, don’t get ANC 6B commissioners started on Hill East. (Hint: 2013 was five years ago already.) Washingtonian

DCPS residency fraud is pervasive and hard to combat. If you’ve ever had to enroll or re-enroll your children at a public school, you know proving you’re a DC resident is a pain. Therefore, turning a blind eye most likely requires completely ignoring someone’s out-of-state residency. Investigative reporting from the Washington Post, with quotes from Ward 6 BOE representative Joe Weedon.

Washington City Paper also examined the broken public schools model– specifically the bloated budget that does not align with the elimination of needed positions.

Found you the perfect sport to try this summer, right in the heart of our riverfront communities. SUP Magazine

One of the 10 things DC foodies are talking about is District Winery’s rosé, apparently. Foodies only talk about nine other things, which must mean they aren’t great conversationalists. (#busyeating) Washingtonian

Sometimes it’s good to remember we live in a place where people come to have their voices heard. It’s especially good to remember it when they are rallying about an issue we’ve also been hotly debating in the District: Should tipped wages with their own minimum wage standard become a thing of the past? People’s World

Condos in NoMa from the $400,000s? We’re honestly kind of confused yet delighted. Washington Post