Worst Intersections in the Area 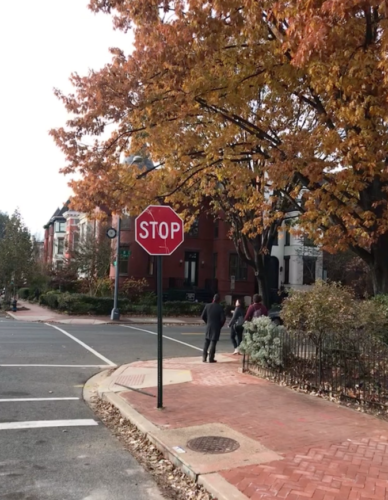 Thank you @DDOTDC Director Marootian for taking a personal look at intersection of 8th & A St NE today. One of many intersections we’re working on that need pedestrian improvements & all-way stops. pic.twitter.com/VOhGZS2cPc

“Thank you @DDOTDC Director Marootian for taking a personal look at intersection of 8th & A St NE today. One of many intersections we’re working on that need pedestrian improvements & all-way stops.”

8th Street is a heavily transited main thoroughfare in the neighborhood. The stop lights along that stretch of road are located at Massachusetts Avenue and at East Capitol Street. Since A Street NE is a quieter road, it gets a stop sign; 8th Street traffic does not have to stop. For years, this has created an area of traffic problems and unsafe conditions for pedestrians. Cars traveling between both in northbound and southbound directions gather up an impressive amount of speed in the two-block stretch.

We wish we could say this is an infrequent occurrence around the Hill; unfortunately, it is not. Our peculiar street layout conspires to make some intersections extremely dangerous. Once we shared Allen’s tweet, many readers chimed in with the intersections they’d like to see changed. Below, in no particular order, some of the ones that need help.

We are thankful that Councilmember Allen and DDOT take our traffic concerns seriously. Do you know of an intersection that didn’t get brought up in this exchange? Like maybe 17th Street SE at C and D Streets or 19th Street SE? Maybe Constitution at 13th NE? Maybe the pedestrian clock problem at 7th and Pennsylvania? Tell me which ones stick, people: Better streets begin with our input.

4 responses to “Worst Intersections in the Area”