As September wraps up, there is a ton of music coming to DC. Here are some of the highlights you won’t want to miss! Also, The Set List recently caught up  with Grieves and Belle Game: They head to DC this week. Check out a preview of these shows here. 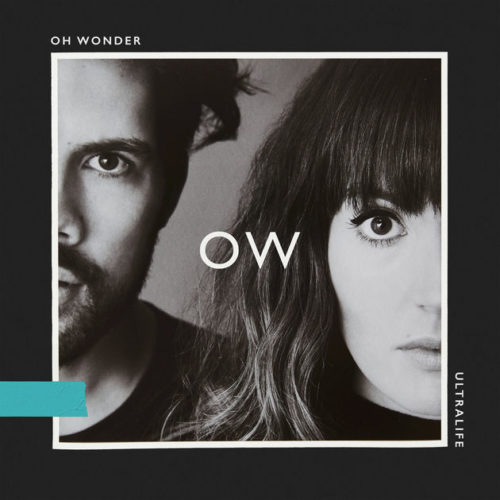 The music of Touché Amoré, though usually taking on the label of “post-hardcore,” defies genre boundaries. Their songs have driven, emotional lyrics and elements of 90s punk, as well as powerful instrumentals. The artful and honest approach to songwriting creates a story for their listeners and has helped put Touché Amoré on the map. They are currently touring in support of their fourth full-length album, Stage Four. Don’t miss Touché Amoré on September 27 at the Rock & Roll Hotel. Pick up your tickets now.

If you are already wishing for summer again, Coast Modern will take you back, even if only for a night. This duo’s sound is refreshing and exciting with elements of alternative pop, modern hip-hop, and electronic beats. Coast Modern was born out of two songwriters failing to make it in the competitive city of LA. They began with cheap, acoustic tape recordings that transformed into the groovy music for which they’re now known. These new artists now embrace the idea of the unexpected. Catch Coast Modern on September 22 at U Street Music Hall. Get your tickets here.

South Carolina’s Atlas Road Crew has built an extremely loyal fan base on the east coast as well as around the country with their modern rock n’ roll with a hint of Memphis blues. The smooth vocals, southern accents, fun instrumentals, and super catchy beats make Atlas Road Crew a must see band. Luckily for you, they will be playing at U Street Music Hall on September 29. Pick up your tickets here.

At this point, nearly everyone knows The Script. Hit singles like “For The First Time” and “Breakeven,” sold out arenas around the world, and over 29 million records sold have made this Irish trio a household name. Out of their recent break from the rigorous touring cycle came new songs touching on triumph, defiance, positivity, and liberation, all backed by a subtle R&B influence. Even with the new direction, The Script is still The Script– powerful lyrics and insanely catchy melodies that listeners new and old will love. Don’t pass up this show on October 2 at Lincoln Theatre. Buy your tickets now.

I have become a huge fan of both Oh Wonder and Jaymes Young, and you will too. Headlining the show is Oh Wonder, a London-based, eclectic pop duo. Fans around the world fell in love with their 2015 self-titled debut and the hype grew even more with the release of Ultralife. The emotional lyrics, hypnotizing dual vocals, and unique mix of both upbeat and calming electronic pop will make this a show to remember. Jaymes Young’s voice immediately caught my attention when his debut LP, Feel Something, came out. His cinematic vocals and instrumentals work together to create his signature sound. Both acts will perform at the 9:30 Club on October 3. The first show on October 2 is already sold out so get your tickets now.

Breaking Benjamin is back! Even after a six-year break between 2009’s Dear Agony and 2015’s Dark Before Dawn, the band hasn’t lost their touch. Dark Before Dawn hit #1 on Billboard’s Top 200 and is their most successful album to date. That is huge, considering hit singles like “The Diary of Jane” and “I Will Not Bow” are staples of the rock world. Though these guys put on an incredible rock show, Breaking Benjamin is headed out on an acoustic “Unplugged” tour this time around. Don’t miss this unique show on October 4 at the Fillmore Silver Spring. Buy your tickets here.

Keep an eye on The Set List for more shows and artist features!