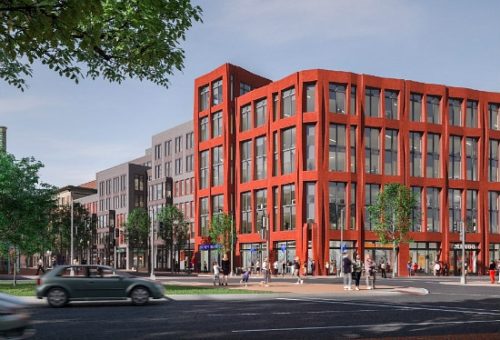 Last Thursday, we had the chance to take a peek inside the buildings in the Hine development. It was a great evening, with wine and tasty goodies from restaurants along Eastern Market Main Street. There was also a raffle and all kinds of freebies from Antiochia, Atlas Brewing, Rose and Sparrow salon, among others. Capitol Hill Books was also there, selling Capitol Hill hats, rare books and the most adorable tote bags designed by Nora Simon.

If you’re most interested in seeing what was going on inside the buildings, here’s what we saw.

The views: The sunsets from the top floor are pretty stellar. The party, which went from 6-9 p.m. allowed those of us congregated there to take in the beauty of a clear night as the sun set on the Capitol and the Library of Congress.

Office Space: The sixth floor of 700 Penn, where the majority of the event took place, will be the office space for a still-to-be-named tenant that we were told will be “big news” when it is announced. The prized 7th floor and its terrace will have conference rooms available to the commercial tenants of the building. There are no current plans for it to be open to the public for community use or for rent. We at THIH (and I’m sure many in the neighborhood) hope an event planning company takes over the space so that it can be rented for private events because the venue would be an instant hit.

Residential: The residential buildings are still mostly unfinished but the model apartments are ready to go. There was some general shock about the rent for a 2-bedroom, 2-bath unit. Although it is very roomy at 1200 sq.ft., more than one attendee wondered who could afford the $5,700/month rent. Their largest units — three-bedrooms at 1600 sq.ft. — start at approximately $8,000/month and that does not include parking.

You can get more information at liveateasternmarket.com

Trader Joe’s: Unlike other true hard hat tours we have been part of, this one did not take us through any active construction, such as the Trader Joe’s space. But rest assured, they are still on track to open as soon as the end of the month.

Below, enjoy some photos from Robert Pohl, Claudia Rauch and María Helena Carey from Hard Hats at Hine. 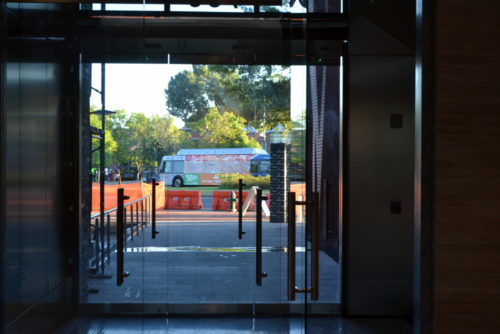 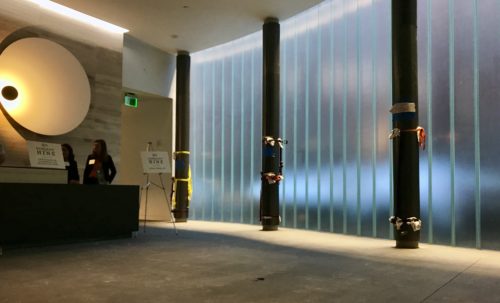 The lobby of the Residences at Eastern Market. (MHC) 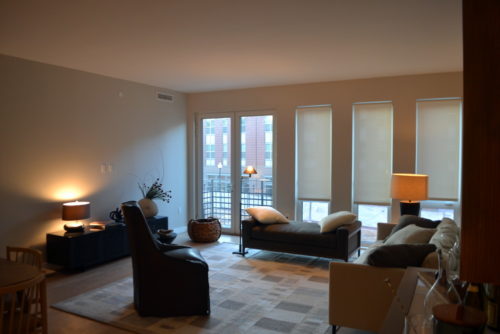 Inside one of the swanky Residences at Eastern Market. (RSP) 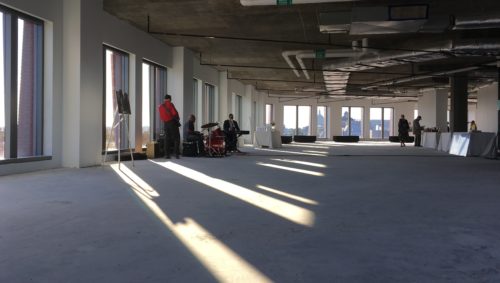 The sixth floor, single and ready to mingle. (CR) 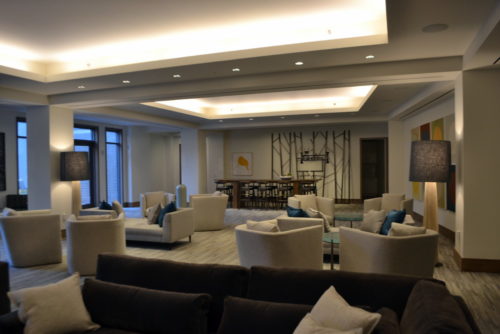 More swankiness at the Residences. (RSP) 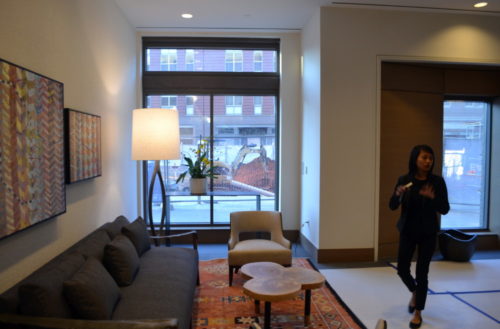 A pretty nook in the Residences at Eastern Market, with tour guide and construction debris in the background (RSP) 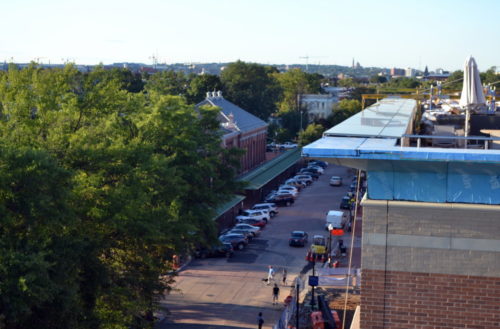 Seventh Street SE, looking north. You can see Eastern Market center and the Basilica in the upper right. (RSP) 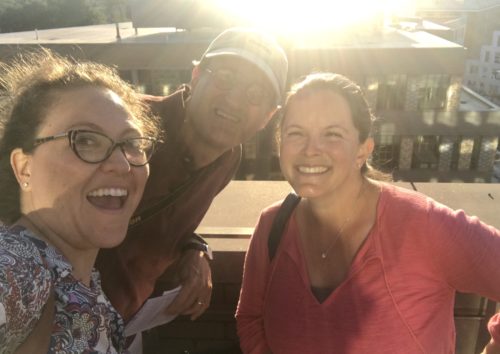 A selfie of three THIHers with 600 Penn (and the sun) in the background. Hi!(MHC) 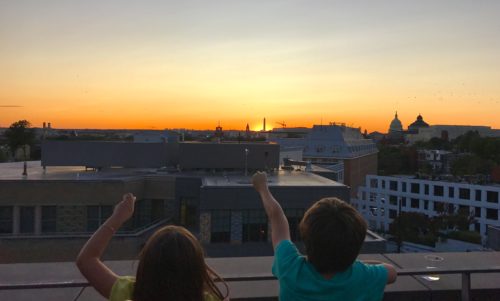 The two youngest party attendees saying goodbye to the sun. Uncertain as to why they had pickles in their hands. (MHC)

By Your Friendly THIH Neighbor      No Comments