A Valentine for Our District: #HandsOffDC 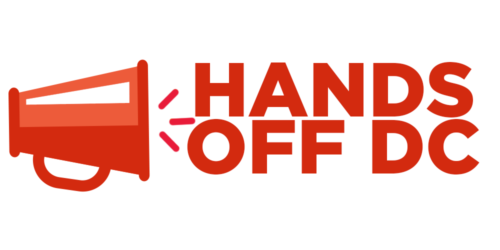 Politics is a tricky thing to discuss. Here at The Hill is Home we like to pass along information rather than take a stand; however, sometimes it’s necessary for us to stand in solidarity with causes that affect us –and the best neighborhood in DC.

This is one of those times.

As you may have heard, Rep. Jason Chaffetz (R-Utah) has been trying to interfere and change DC laws for some time. He wrote a particularly scathing opinion in the January 29 Washington Post, calling to nullify the Death With Dignity Act that the DC council passed last year. It is not the first time Chaffetz has tried to meddle and damage DC laws. Back in 2015, he, along with several Republican legislators, tried to repeal a DC law dealing with banning employers from discriminating based on reproductive decisions or family planning.

In case you’re new to the DC where people actually live, you may not know what happened next: DC residents flooded Rep. Chaffetz’s phone lines with requests to help with everyday DC tasks, rationalizing that he should be better informed about the District he seems to want to rule, led by Ward 6 Councilmember Charles Allen.

A DC resident wrote into a Provo, Utah, newspaper, (Provo is in Chaffetz’s district) alerting the constituents to the fact that their representative seems to care about DC more than the people who elected him. Capitol Hill/Brookland residents Lynette and Ryan Craig also wrote into the Washington Post, to express their disgust with Chaffetz’s actions, which includes this powerful ending: “The Constitution has 27 amendments. An amendment liberating the District has yet to be added, but we will “rage” as citizens and taxpayers for statehood and representation. We will fight to escape tyranny for all D.C. taxpayers, for our children and, yes, for the sick and dying.”

Even former supporter Damian Kidd wrote a piece for the Deseret News, saying he is done supporting Chaffetz, for whom he voted, and plans to challenge him in the upcoming midterm election. Kidd even made a call out to DC residents, via Twitter. (h/t PopVille)

DC residents: we here in Utah dislike fed overreach in local matters. I welcome your thoughts on oversight by @jasoninthehouse

But back to our DC elected officials, you knew they wouldn’t go down quietly. ANC Commissioner Denise Krepp fired off a resolution to demand Chaffetz (and other meddlesome Republicans, really) butt out of DC business. You can read her whole post here. We are sharing the resolution below:

Whereas, we are residents of the District of Columbia.

Whereas, Representative Chaffetz is a resident of the state of Utah.

Whereas, we were elected by District of Columbia residents in 2016 to represent our respective single member districts.

Whereas, Representative Chaffetz’s agenda in the 115th Congress is to curtail how locally-raised DC taxes are spent and block the implementation of laws written by elected DC representatives.

But articles and tweets and calls to get the garbage picked up only do so much, and now it’s time for action. For this reason, the office of Charles Allen has been busy helping organize the community for a #HandsOffDC meeting. If you want to keep Congress out of the laws our own lawmakers passed, this meeting is for you. Btw, DCist reports that over 500 people have already signed up, so let your conscience and your #FOMO be your guide.

Why: We listed a few reasons above. Come up with your own at the meeting.