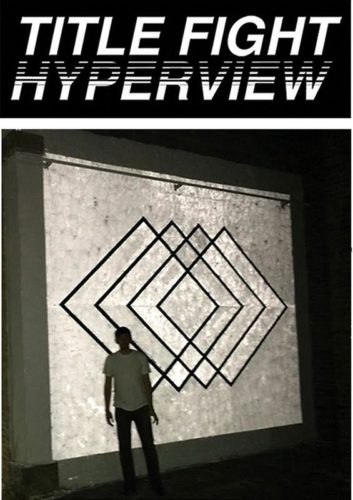 Title Fight will perform at the Rock & Roll Hotel on January 7, 2017

With Christmas behind us, it’s time to jump into the New Year. There are plenty of shows in the DC area over the next 2 weeks to help ring in 2017, from blues and punk to EDM and rock. Also included this week is a roundup of New Year’s Eve parties at music venues around the city if you’re still searching for that perfect night of celebration.

With their “Hood Rock” blend of funk, hip-hop, soul, and rock, Black Alley is sure to make an impression. You can experience this innovative mix as they take the stage at Rock & Roll Hotel on December 30. Black Alley hails from DC and is one of the most sought-after groups to come out of the nation’s capital, so come out to support your homegrown music scene. Buy tickets here.

As first week of 2017 comes to a close, celebrate with Pennsylvania rock band Title Fight as they perform at the Rock & Roll Hotel on January 7. Formed in 2003, this band is filled with influences of their rock, hardcore, and punk roots. They have steadily been gaining popularity over the years and took a massive leap with their newest release, Hyperview, which earned them even more recognition. Buy tickets here.

It’s time for Throwback Thursday at the Howard Theatre. Freddie Jackson, one of the biggest R&B stars of the late ‘80s and early ‘90s, will take the stage on Thursday, December 29. With hits like “You Are My Lady” and “Jam Tonight,” Jackson earned his place at the top of the charts. Sophisticated, romantic ballads, the occasional jazz song, and a dip into dance tunes showcase the talent of this soul star. Don’t miss this journey back to the ‘80s as you get ready to ring in the New Year. Buy tickets here.

If the soul and R&B of Freddie Jackson doesn’t strike your fancy, look no further than Zedd, the record producer, DJ, and musician that has taken over the mainstream radio. Collaborations such as “Clarity,” “Beautiful Now,” and “Starving” have catapulted him into the spotlight. You can catch Zedd at Echostage on December 29 if you’re ready for an upbeat Thursday night. Buy tickets here.

With over 25 years of experience in the music scene, Popa Chubby has perfected his unique combination of blues, rock n’ roll, swing, funk, punk, and soul. Touring the Northeast in support of his new album, The Catfish, Popa Chubby will take the stage at The Hamilton on Friday, January 6. Buy tickets here.

Head over to DC9 Nightclub on January 6 and check out The Split Seconds. These guys burst onto the local DC music scene with their take on classic pop punk. This combination of late-70’s punk, 60’s pop, and garage rock has brought heavy, fast, catchy punk to the DC area. Tickets will be available at the door for $8 on the night of the show. Doors open at 6pm and the show will begin at 6:30.

Check out the following links for more information on each NYE bash:

Have a great time ringing in the New Year with all of these amazing music acts. See you in 2017!