I recently finally read Gordon Brown’s book The Captain Who Burned His Ships, about Thomas Tingey and his building – and rebuilding – of the Washington Navy Yard. I learned a fair bit along the way, including new information about one of my favorite characters in Navy Yard – and Washington D.C. – history: Benjamin Henry Latrobe. In today’s column, a look at one of the incidents along the way– though one that does not show Latrobe in the best possible light.

Steam engines were a new technology in 1810. With James Watt’s 1781 improvements on Thomas Newcomen’s first successful steam engine of 1712 finally making steam a real force to be reckoned with, the quality and size of engines still left much to be desired. Nonetheless, about ten years earlier, Benjamin Henry Latrobe (pic) had installed a steam engine as part of a total makeover of the water system of the city of Philadelphia: Just the fourth such engine in the United States, and the first to be used in municipal waterworks. With this experience under his belt, he approached Thomas Tingey about the possibility of installing a steam engine to run various operations in the Navy Yard, including, according to Brown, “a saw mill, the machines in the block-makers shop, and a bellows, a trip hammer and an iron plate roller in the smithy.” Tingey jumped at the chance to reduce the amount of physical labor necessary in these productions. 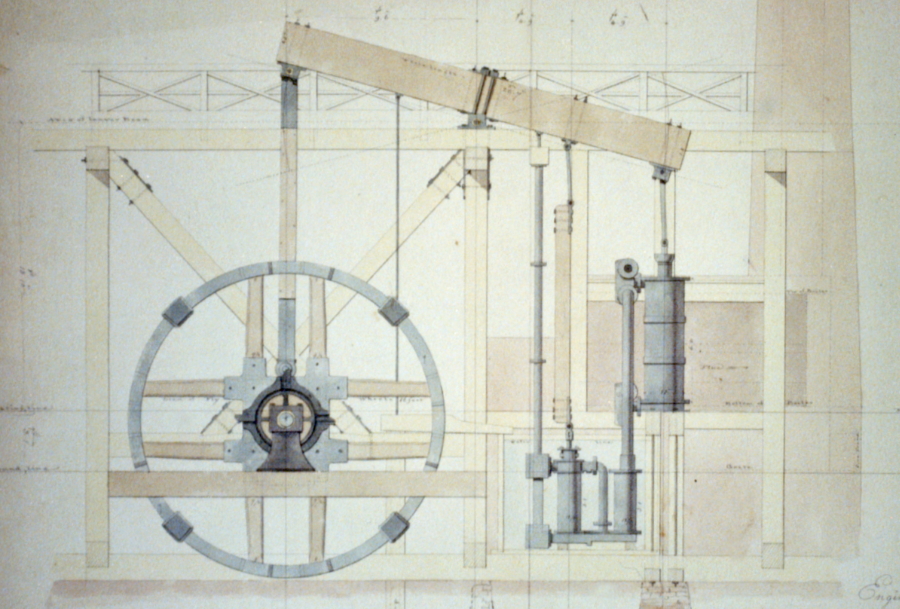 Thus, in the following year, a steam engine with a 21-inch cylinder was installed, and was put into operation in late June of that year. Sadly, the engine never worked quite as advertised, breaking down frequently and never producing quite the power or savings that Latrobe had spoken of. Nonetheless, again according to Brown, “Latrobe remained very proud of his innovation.”

If nothing else, it sealed the Washington Navy Yard’s reputation of applying the newest of technologies, a reputation that would allow it primacy amongst the various yards that were all vying for attention and work in those years.

Latrobe would return to Philadelphia a few years later, during the War of 1812, but was back in D.C. to complete the rebuilding the Capitol after its burning. Once this was complete in 1817, however, he did not return to the technological advances that had previously been his strength. He died in 1820 in New Orleans, where he had been working on a water system similar to the one he had built for Philadelphia.