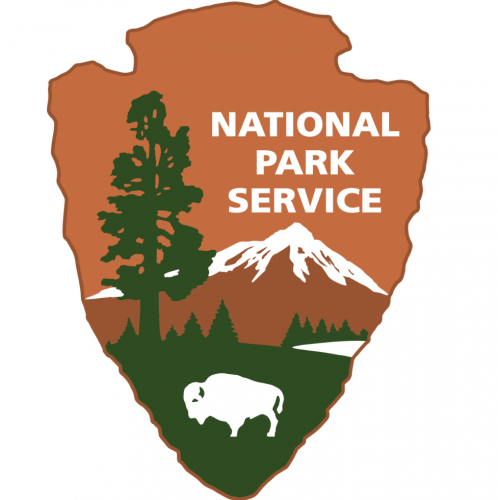 You know how most of DC’s parks are actually controlled by the National Park Service? This is something that is neither here nor there –it is what it is– until we have things like the federal government shutting down and no one (literally, NO ONE) coming to clean up the garbage at our parks, for weeks on end (#FindYourRats). It also is not a big deal until, without any kind of real notification, Lincoln Park gets boarded up for a year, getting in the way of people playing and walking their dogs, etc. (#FindYourActualFreeSpace)

By the way, I have to thank the DC Department of Parks and Recreation for being nice and polite and responsive when you call them out on things via social media. This reminds me: Have you guys fixed that one mallet at Sherwood? By the way, the bleachers in the south side of Watkins are a little dangerous and waiting for someone to take a tumble.

Anyway! This is not a post to complain, but to thank Del. Eleanor Holmes Norton (D-DC) for trying to do something about this crazy disconnect with our local parks. (Whether the National Park Service will actually create a residents’ portal remains to be seen.) In her letter, Del. Norton asks NPS’s director Robert Vogel to consider making their site friendly and actually useful. In a masterful stroke, she also calls NPS out for being not that great at social media. A cursory look at the National Capital Area Twitter account she references in her letter shows that they only share trivia (great!) but do not reply to anyone’s queries (boo and hissssssss).

Here at The Hill is Home we would like to add our voices to Del. Norton’s. As it turns out, here on the Hill we have #FoundOurPark(s): We would just like to connect with them and know when we can expect to have the lawn mowed or the benches fixed. How about that? Have a free hashtag, you guys: #ConnectWithYourParkUsers!

Del. Norton’s letter is reprinted below. Emphasis where applicable is ours:

I first want to thank you for the indispensable work you and the National Park Service (NPS) do in protecting and caring for the federal land under your jurisdiction here in the District of Columbia, particularly our neighborhood parks.  While NPS is responsible for many urban parks across the nation, the park system in the District is unique—our network of small, neighborhood parks are beloved by residents, many of whom are surprised to learn that they are managed not by the District of Columbia Department of Parks and Recreation, but by a federal agency.

I write to offer a suggestion that I believe will lead to greater efficiency and communication.  I often hear from my constituents about the need for basic maintenance in their parks, such as grass mowing, trash pickup, pest treatment and other types of services that are generally handled in other cities by local parks and recreation departments. Here in the District, these services are generally the responsibility of NPS.  Yet many residents say they struggle to connect directly with NPS representatives to submit maintenance requests or to find contact information for their park’s superintendent.  For example, the website for National Capital Parks-East lists the superintendent’s name, address, and a general phone number, but the email form is generic and does not allow for residents to direct their requests to a specific person or department.  The names of superintendents or staff at other neighborhood parks are not easily found on the NPS website, if they are listed at all.  The Frequently Asked Questions section does not feature any questions or answers about the mowing schedules in District parks, when fountains are turned on or off, when the snow will be shoveled from the sidewalk, or who to contact with concerns about specific parks—though these are the questions most frequently posed to my own staff by residents who are unable to get in touch with NPS themselves.  Additionally, residents seeking to communicate with, for example, National Capital Parks-East on Twitter may be disappointed to see that the account is not regularly used to engage with the public—although many municipalities (and federal agencies) have embraced the use of social media to personally respond to resident requests.

I therefore urge you to consider creating an online portal for D.C. residents to interact with NPS about Seward Square, Logan Circle, Anacostia Park and other beautiful NPS parks here in the District of Columbia.  This portal would, ideally, have centralized and easy to navigate information about all of the parks owned and operated by NPS in the District, a comprehensive FAQ section that is specific to D.C. residents’ concerns, contact information for appropriate staff at NPS whom residents can speak to, or, at least, a more detailed email form that allows residents to select the park and issue they are having from a drop down menu.  I also ask that NPS encourage residents to stay connected via social media, and that you respond quickly and openly to concerns raised there.  We believe that setting up such site will be well worth the time and effort.

As NPS celebrates its centennial this year, and encourages Americans across the country to “Find Your Park,” I hope you will not forget the residents who have found their parks right around the corner here in the District of Columbia.  Please respond within 30 days.