Once again, it’s time for a quiet Memorial Day rerun. This is the story of the building of the Amphitheater, which will be used for services this morning to honor all those who have died while wearing this country’s uniform. More exactly, it is the story of one man who fought to make this building a reality.

Ivory George Kimball was born in 1843 in Maine. In 1868, he was a witness to the first Memorial Day celebration, conducted in Arlington Cemetery by General John Logan. Kimball was a veteran of the Civil War, though he had been in the Army for only three months: most of the time he was out sick with dysentery. He had come to DC in 1863 as a clerk and had later become a lawyer. In 1870, having married and fathered three children, he moved from Anacostia to Capitol Hill, first to a house across from the Marine Barracks; and later to 620 North Carolina Avenue SE, the house he lived in for the next 40 years, much of the time as a police judge.

Throughout this time, he never forgot his time as a soldier, and did his best to further remembrance of the Civil War. He was particularly concerned about the fact that there was no place that could be used for Memorial Day ceremonies, as the small amphitheater at Arlington Cemetery – just behind Arlington House – was not sufficient.

He was made particularly aware of this on Memorial Day 1903, when he was – as a member of the GAR – presiding officer over the ceremonies. Shortly thereafter, he went to Secretary of War Elihu Root and suggested that a newer, larger venue be built. Root was sufficiently interested to put Kimball in touch with Carrere & Hastings, an architecture firm in New York, whose sketches Kimball used in pressing his case with Congress.

Kimball was hardly a novice in the building trade, as he had teamed up numerous times with the builder James York to build houses all across Capitol Hill. This, however, was to be a far cry from the usual brick dwellings to which he was accustomed: It was to be a grand, 5,000-seat venue made entirely out of marble, a fitting monument to all those who had served in the armed services since the beginnings of the Revolutionary War. 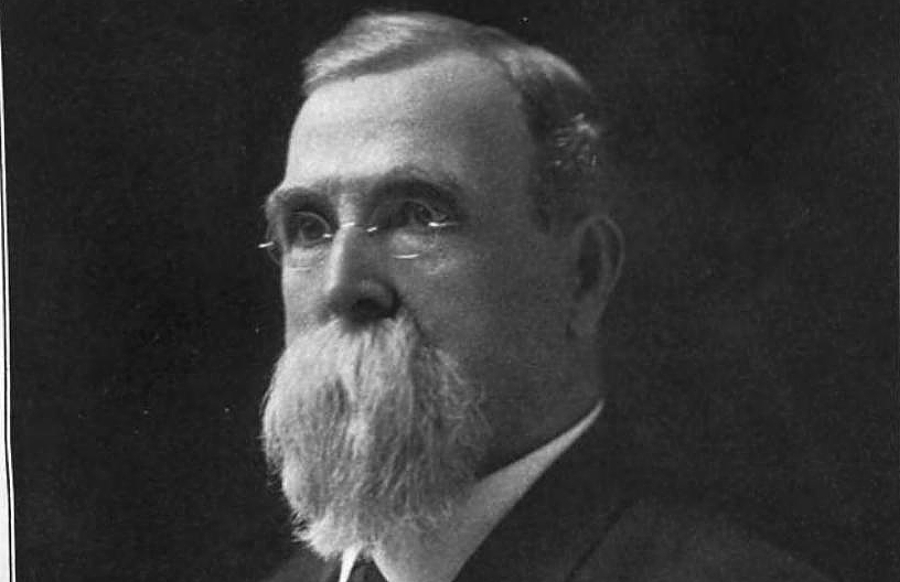 Frontispiece from Ivory George Kimball’s 1912 book Recollections from a busy life. It shows the Judge in 1909. (New York Public Library via Google Books)

Finally, on May 30, 1908, Kimball’s vision began to become reality when the appropriation for his new amphitheater was included in the Public Buildings Bill. It took another seven years for ground to be broken, but Judge Kimball was one of those who took part in the ceremony on March 1, 1915.

The amphitheater was dedicated on May 15, 1920. Sadly, this ceremony went on without Kimball’s presence, as he had died a little over a year after ground was broken, on May 15, 1916.

Today the marble amphitheater is used for ceremonies on Veterans Day, Memorial Day, and for an Easter sunrise service. It has also hosted state funerals, including those of General Pershing and Henry Arnold. And in 2011, this was where Frank Buckles lay in honor in its basement chapel, marking another important milestone in Judge Ivory Kimball’s vision.