Events DC will be hosting a public meeting on Wednesday, September 16th to seek community input for the redevelopment of RFK stadium. The goal of the meeting is “to obtain . . . feedback for moving forward.” Below, the Events DC press release from September 3rd, 2015: 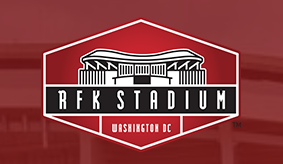 What:   Events DC will host the first of two community meetings to seek community input for Robert F. Kennedy Memorial Stadium (RFK Stadium) Campus redevelopment and planning inclusive of DC Armory, Maloof Skate Park and the Festival Grounds. The goal is to walk the audience through the RFK study process and to obtain their feedback for moving forward.  This first meeting is being held in the Ward 7 community. Additionally, there will be a citywide meeting on Wednesday, September 30th. The location will be confirmed at a later date.

Where:  St. Coletta of Greater Washington

RSVP:  Attendees are encouraged to RSVP in advance for this community meeting. Please visit: http://rfkcommunity.splashthat.com/

The Wednesday meeting is the first time that Events DC will be sharing their redevelopment plan with the public. Neighbors have repeatedly asked to see this plan for over a year but Events DC officials have always declined their request.

Events DC’s refusal to share the RFK plan stands in stark contrast to statements made in its 2014 Annual Report. According to that report, “(c)ommunity members from the neighborhoods surrounding RFK Stadium and the Festival Grounds are working with us and a team of consultants to study the redevelopment and future use of this iconic venue.”

The September 16th meeting is your opportunity to find out who has Events DC been talking with, in regards to RFK. It has NOT been the community: I encourage you to ask them who has been on the other side of the conversation.

It will be important to find out how Events DC’s plan relates to Mayor Bowser’s stated goal of bringing a new football stadium to the RFK site. Mayor Bowser shared this goal with a city-wide meeting of Advisory Neighborhood Commissioners last week. However, the mayor has never spoken with those of use who live next to RFK stadium about her plan and I strongly encourage you to voice your opinion on this idea at the Wednesday meeting.