Lost Capitol Hill: The Isherwoods and The Eastern Branch Corral

Last week, we looked at the strange shape of L’Enfant’s original Washington City, and how a spring located there was responsible. Today, we’ll look at some of the people who owned the land in the early years of the city.

After the original owners, the Gibsons, had moved on, the next owner of the spring – and the property surrounding it – was Robert Isherwood, who bought it in 1830. He and his wife lived there for the next 19 years, when Isherwood died and was buried in Congressional Cemetery. Much of the time was spent fighting one lawsuit or another – the Gibsons had left the ownership of the land uncertain enough that multiple people contested the Isherwoods’ right to the property. Nonetheless, Martha Isherwood continued to live there up to the Civil War. Life had clearly not treated her well, as she was forced to take boarders.

Meanwhile, the land itself was turned into the Eastern Branch Corral, which was in charge “many thousands of government cattle,” according to the Official Records of the War of Rebellion. Once again, the spring ensured that there was enough good water for all the livestock. The corral was in the charge of the 3rd Regiment of the Veteran Reserve Corps, a body of men who had been injured and partly disabled during combat.

During this time, the D.C. Emancipation Act was signed by President Lincoln; Martha Isherwood put in a request for $2,000 to pay for the loss of the three slaves that she still owned. The commissioners in charge of implementing the act allowed her just over half of that sum. 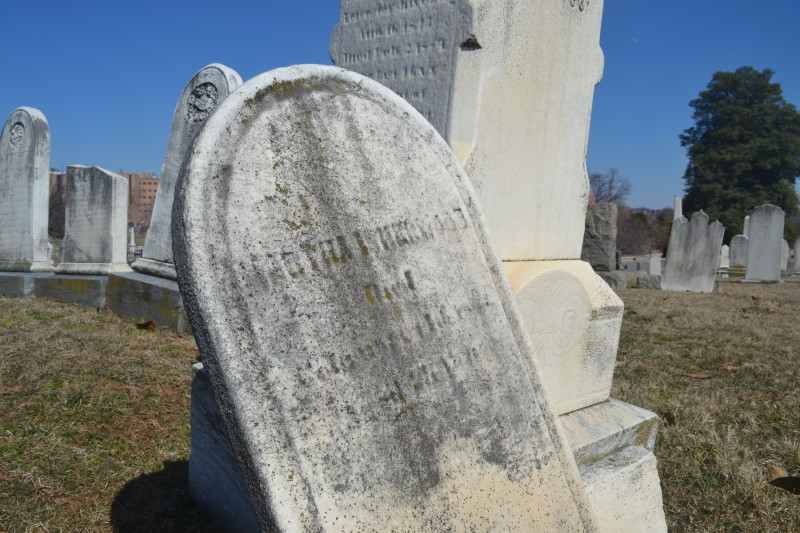 After the end of the Civil War, Isherwood began selling off some of the land that she owned she kept, however, the main area, which included the spring, until her death in 1869. Some time shortly after the 1870 founding of the D.C. Zoological Society, they bought the bulk of her land to build a zoo. In spite of great enthusiasm for this plan, very little seems to have come of it. References to the Zoological Society dwindle almost immediately, and an 1881 map even shows this Isherwood’s old land as the proposed location of the zoo. Instead, a small zoo was built on the Mall in 1883, and from this then the national zoo that graces Rock Creek Park was to grow.

Isherwood’s land – and the spring on it – soon found another use.

Next: Making ice in the District.