Things We Take For Granted: Living in Ward 6 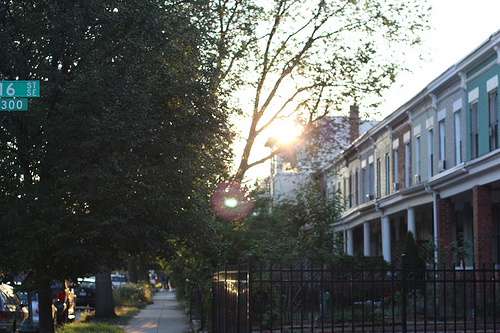 For those who follow local politics, this has not been an auspicious month for the DC Council. No need to go into all the details here, but as embarrassed as I am for my city, this is a good time to be from Capitol Hill and Ward 6.

I happen to support Tommy Wells and think he’s on the right track. Others disagree, and of course that’s understandable. But when my friends and neighbors argue over a beer on the relative merits of Councilmember Wells, at least it’s over matters of policy, and not whether or not we think he stole money from children and used it to buy a new Audi. So while you may be one of those who think performance parking is a bunch of hooey, or rail against the injustice of the bag tax (ok, fine, bag fee), at the very least we can breathe a common sigh of relief that we are represented by one of the sadly diminishing bare majority of Councilmembers who don’t have a whiff of corruption about him.

For me personally, being in Ward 6 was something I very much took for granted until this year, when the redistricting process attempted to tack the two block strip of Ward 6 in which I live in onto Ward 7.  And in that process, I heard many voices claim that Hill East (or Rosedale, or Kingman Park) was not part of Capitol Hill, or that we were not part of the Capitol Hill community. Much of the rest of the city was bemused by our passion, and even at times contemptuous of our desire to remain whole. Ward 7 Councilmember Yvette Alexander, speaking from her vaunted native Washingtonian status, stated that the idea of the Hill extending to the Anacostia River was “a new definition”.

It was with some concern that I wondered if other Hill residents might be indifferent to our departure to Ward 7.

So I am profoundly grateful not just for remaining in Ward 6, but that voices from across Capitol Hill rose up in our support. Too many to name, and many I’m sure I missed, but from Councilmember Wells, to all four ANCs in Ward 6, to the dozens of fellow Hill residents who worked tirelessly in our support, I was impressed with the depth of concern unaffected residents had about losing even a tiny sliver of the Hill. Obviously, my neighbors and I feel strongly that we are part of this community, but it warmed our hearts to see residents from Lincoln Park, from H Street, from Eastern Market, and elsewhere on the Hill react just as strongly to allegations that Hill East is not park of Capitol Hill.

So perhaps this piece should have been entitled “Things We TOOK For Granted”. Because being a Ward 6 resident is not something I take for granted anymore.

One response to “Things We Take For Granted: Living in Ward 6”