Redistricting Battle Not Over Yet for Schools 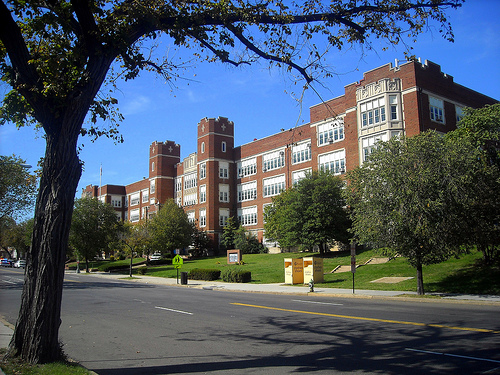 At 9:12 PM on May 25th, the Washington Post’s Mike DeBonis posted the proposed redistricting map for the District, moving Hill East into Ward 7. Within minutes of DeBonis’ post, my Facebook status proclaimed “Redistricting battle over, we lost Hill East but saved the schools.” I couldn’t have been more wrong.

In the weeks prior, redistricting had been a hot topic around the District and it was especially talked about on the Hill which stands to be split into two wards by the decisions being made by the council. By my count, here at The Hill is Home there had been at least seven posts on the topic, including one by Councilman Wells. The issue had taken on such interest that you could even gerrymander your own city map.

I’ll admit that I have been following redistricting closely.  I was one of the more than 5,000 people who had contacted members of the city council before the map was released, and I took my children to their very first political rally to help draw attention to how redistricting would impact the Hill.  While I was apprehensive about the fate of my friends and neighbors possibly moving to Ward 7, I was most concerned about the impact that redistricting would have on school reform. I had even pestered the Washington Post’s Bill Turque into covering the issue in the D.C.  Schools Insider.

While I knew that the release of the map was just the first step in the Council’s formal approval process, I had assumed that the political deals had been consummated and the gerrymandering was complete. Councilmembers Yvette Alexander (Ward 7) and Harry Thomas, Jr. (Ward 5) had won in their efforts to keep their Wards intact (at the expense of Ward 6 and Hill East) and no one on the council is going to listen to councilmember Marion Barry’s (Ward 8 ) pleas to move the area surrounding the Nationals Park to Ward 8.  Yet, the discussions and political maneuvering has continued.

Last Wednesday night, in a hearing that lasted until after 1:00 AM, city council members heard from residents from across the city, including several from the Hill and Hill East, about the impact that redistricting will have on them and their communities. Council members indicated, repeatedly throughout the hearing, that there would be ‘changes’ to the map before a vote on the proposal. I’d also note that Councilmember Alexander repeatedly called for Eliot-Hine Middle School and Eastern High School to move with the residents east of 17th street to Ward 7.

There is still time for the Hill to be heard. While we want to ask for the entire Hill to remain united in Ward 6, it is important to also mention Eliot-Hine Middle School and Eastern High School – moving these schools to a different ward than their feeder schools could undermine the progress we’ve made in reforming all of our schools.

Please contact our councilmembers, again, to make your voices be heard.

The full council will have their first vote on the proposed redistricting plan on Tuesday, June 7.  The final vote is likely to occur on June 21.

Now is the time to make our voices heard. Remind our At-large representatives – especially those who will be up for re-election next year – that the Hill counts and VOTES.

It is important that you call the following councilmembers.

Phone calls are best, but send an e-mail as a back up or if you are not able to call.

One response to “Redistricting Battle Not Over Yet for Schools”