What You Missed at the ANC 6B December Meeting 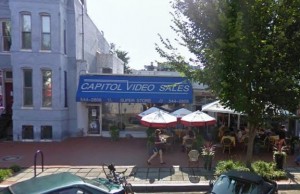 Tuesday night’s ANC meeting was a long one and truthfully, I couldn’t make it all of the way to the end.  When two and a half hours had gone by and the commissioners were still going back and forth – a bit contentiously – on what provisions to include on a voluntary agreement for the proposed beer garden on 9th Street south of the highway, I was fading fast.  I was hungry and feeling very frustrated with what is clearly a flawed process for deciding whether or not to support or protest liquor license requests.

Let me start with a quick run-down of the easier-to-summarize issues, and then move onto the issue that took up the majority of the first two and a half hours of the meeting:

What took up the majority of the time for last night’s meeting was the deliberation over whether or not to support the liquor license request for Pacifico, the latest venture by Xavier Cervera.  Pacifico is slated to open at 514 8th Street, SE, where Capitol Hill Video currently stands, which happens to be right in the center of the stretch that neighbors say is becoming the next Adams Morgan.  They say things have reached a tipping point, they do not want any more restaurants, and that the stretch has become a nighttime entertainment destination, effectively changing the fabric of the neighborhood and they want it to stop.

Cervera brought designs, measurements, and a list of offered solutions to reduce noise and other complaints from the neighbors.  Several commissioners expressed their appreciation for his thorough efforts to scale back his plans and for coming to them with solutions.  Many, however also noted that it would be hard for them to vote in support of his application because it would undermine their opposition to Nooshi and Moby Dick at last month’s meeting.  They recognize the concerns that there is an over-saturation of restaurants on Barracks Row and do not want it to become worse before a long-term solution can be identified.

Previously, neighbors on 9th street presented a petition with 53 signatures calling for a moratorium on liquor licenses.  At last week’s ABC meeting, Cervera brought 300 signatures supporting his restaurant; however the neighbors questioned the validity of the signatures saying that most were of people who do not live in the area.  In addition, one neighbor said that came to her door and asked her to sign a petition opposing Cervera’s new restaurant, but when she looked closer it was actually supporting his restaurant.

Many neighbors stood up to protest the restaurant, while a number also came to Cervera’s defense, as well as the defense of the growing number of restaurants on the street.  A gentleman who’s house is directly next to the proposed restaurant said that the growth of restaurants has been a welcome change for him and he has appreciated Cervera’s willingness to find solutions for noise and trash issues.

Another neighbor supporting the restaurant reported that the owner of 514 was planning to open a motorcycle shop if Cervera’s restaurant plan fell through.  He went on to warn that protesting this could open the door to a much worse addition to the neighborhood.  This, unsurprisingly, did not go over well with the commission – Ken Jarboe responded that he did not appreciate being blackmailed and made it clear that such tactics would not sway his opinion on the matter.

In the end, the commission voted to protest the license 5-4 with 1 abstaining.  Dave Garrison, Carol Green. Ken Jarboe, Kirsten Oldenburg, and Mary Wright voted to protest while Francis Campbell, Neil Glick, Will Hill and Mike Patterson voted to not protest.  Norm Metzger abstained.

Larry Janezich noted in his summary on the EMMCA blog that “At least two commissioners – Garrison and Metzger – signaled they might be willing to live with over concentration if ways could be found to deal with peace, order, quiet and parking issues.”

Larry added, “To that end, outgoing ANC Chair Garrison said the commission was looking for ‘a third way’ to deal with licenses, not just to protest or support.  He said he was anxious to see what the Retail Mix Task Force recommended, alluding to the Task Force’s consideration of ‘guidelines’ for the new ABC establishments which could be written into voluntary agreements governing their operation.  The Task Force is scheduled to issue an interim report prior to the ANC’s February 2011 meeting”