We’ve all driven by Specialty Hospital on Massachusetts Avenue NE, between 7th and 8th Streets. You may even have had reason to visit one of the many long-term patients that it now takes care of. It has not always been restricted to this sort of care, and, in fact, for the longest time, there was a full hospital on this site, known as Eastern Dispensary and Casualty Hospital.

Casualty Hospital was founded in 1888 at B and 3rd Streets SE as the Eastern Dispensary. In spite of the name, it was a fully-staffed hospital, with physicians of all specialties on call. It was founded to take care solely of those unable to pay for their treatment, using money provided by the government.

By 1900, the work done at the Dispensary had advanced to the point where there was need for an entirely new building to take care of the patients. By then, the words “and Casualty Hospital” had been added to the end of the name. A site on Delaware Avenue was chosen and by 1901, the new building was being used. However, even as they settled in, the building was condemned to make way for the new Senate office building, and a new site on Massachusetts Avenue NE was eyed. The neighbors rose up in protest, insisting that the “presence of [the] institution would destroy peace and quiet of vicinity” as the headline of a Washington Post article of July 10, 1904, stated. The article further stated that the residents wrote that building the hospital would “greatly depreciate the value of the property.” 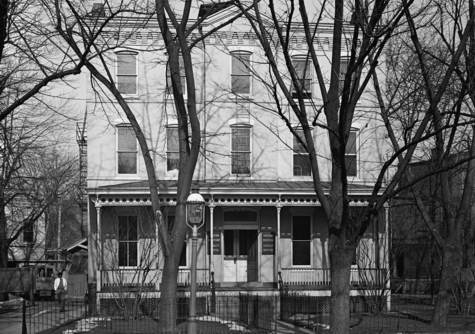 The Commissioners of DC however decided that they had no say in the matter, and so the hospital bought the house of Benjamin Leighton, a prominent DC lawyer, at 708 Massachusetts Avenue NE. After adding 1-1/2 stories and erecting a new number of new buildings on the site, they were ready to move in on April 7, 1905.

Over the years, the hospital added further structures to its site, though lack of beds and lack of funds continued to dog the organization. In the late 50s, there was a push to modernize the hospital, and a large fundraising drive raised over 3.5 million dollars for a new addition. This was called the Rogers Memorial Addition, after Dr. Joseph Rogers, who had overseen the hospital in the 1920s. 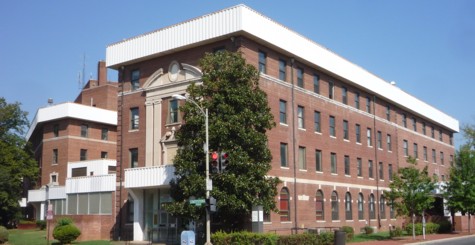 On July 1, 1969, the whole hospital was renamed Rogers Memorial Hospital, after the Rogers family who had been involved in its operation for the last 50 years. Thereafter, the hospital was turned into MedLink Hospital and Nursing Center and, in 2005, it was bought by Specialty Hospitals of New Hampshire, who renamed it Specialty Hospital-Capitol Hill.