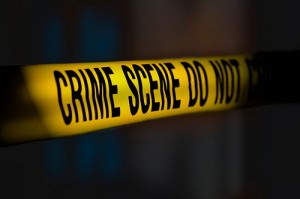 A hard drug ring with possible gang affiliations operating in the Potomac Gardens Housing Complex on G and 12/13th Streets SE off of Pennsylvania Avenue SE , as well as other area  neighborhoods in D.C. was broken, or at least severely  interrupted.  Fifteen individuals were arrested, according to a joint press release issued in conjunction with the U.S. Attorney’s office, the MPD, the FBI and the U.S. Park Police, who all worked together on the arrests as part of a long-term a task force combating gangs, drugs and violence. The bust yielded heroin, cocaine, guns, scales and other drug trafficking paraphernalia and was described as significant by the MPD1 Commander David Kamperin.

Law enforcement officers from the MPD, FBI, and the U.S. Park Police, executed a series of arrest and search warrants in the District and Prince George’s County in the early morning hours of June 17th, according to the press release.

The arrests came out of a series of federal and D.C. Superior Court indictments a week earlier charging 17 individuals with conspiracy to distribute and possess with intent to distribute over $230,000 worth of heroin, cocaine, and crack cocaine, within D.C. and Maryland.

Potomac Gardens has a long history of being a hotbed of drugs and crime, documented with much hand-wringing over the years in  newspaper articles dating back decades, and little seems to have improved there. News articles and even a paperback fiction book like to point out the nefarious activities happening a mere “12 blocks” from the nation’s capitol. Even as the area has gentrified, Potomac Gardens still seems to be or have been a serious center for drug and gang activity, with innocent residents in the complex often severely affected and rendered helpless.  A proposed protest march on the complex a couple of years ago to protest perceived crime activity harbored there drew criticism on how gentrifiers would be storming Section 8 housing. The property is owned by the D.C. Housing Authority.

This prosecution grew out of a long-term FBI/MPD/U.S. Park Police alliance called the Safe Streets Task Force that  targets violent drug trafficking gangs in D.C.  The Safe Streets Initiative is funded in part by the Washington/ Baltimore High Intensity Drug Trafficking Area as well as the Organized Crime Drug Enforcement Task Force.  By working through a task force, investigators can focus on the entire criminal enterprise, instead of prosecution of individual gang members, the press release stated.

Specifically confiscated during this investigation were:

Two individuals remain at large. The defendants began making their initial appearances on the charges June 18th in the U.S. District Court and D.C. Superior Court for the District of Columbia.  If convicted, the defendants face sentences from five years to up to 30  years in jail.