Hill East neighbor and friend John Cochran has been chronicling his changing block for a few years. The area around 15th Street SE and Pennsylvania Avenue, SE has seen massive transformation within the last five years: one which some might say is overdue, while others may wonder just how much a neighborhood can change while still serving the needs of the community as a whole. Just to set the stage, here is a map of the general area: 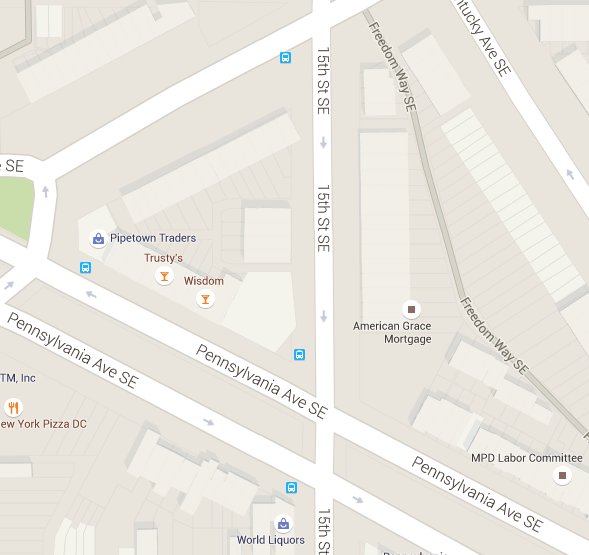 15th Street SE at Pennsylvania Avenue SE. You can see the gap in the row in the 700 block of 15th where there used to be a community garden. The northwest corner (closest to Trusty’s) was a KFC which remained vacant for many years. The northeast corner housed a Domino’s Pizza and a laundromat. The laundromat has been turned into condos, called “The Laundry.” Map courtesy Google Maps.

At my request, John kindly selected some of the photos he’s shared over his social media channels in the past. His photos document how this gap-toothed block became one of the latest hubs for development. (You can see these and more of John’s photos on Flickr.) Along the way, the area gained a whole lot of new neighbors and lost a coin-operated laundry. The loss of this laundromat is significant, as neighbors who do not have access to private laundry facilities have to go much farther to get this chore done. The nearest laundromat to this area of the Hill is Neighbors Cleaners, 300 11th Street SE, three-quarters of a mile away. While the block has undergone a dramatic transformation where empty spaces have been built up, an essential business is gone.

The empty lot, which had remained undeveloped for about 70 years, was a small garden. The wall adjoining Wisdom, 1432 Pennsylvania Avenue SE, had a dynamic, fresh mural by artist Alicia “DECOY” Cosnahan titled “Sousa”, which is now completely gone. 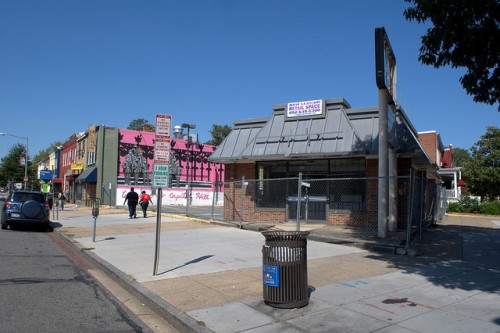 Looking at the 1400 block of Pennsylvania Avenue SE in 2012. The former KFC sits vacant and DECOY’s mural can be seen. Photo courtesy of John Cochran. 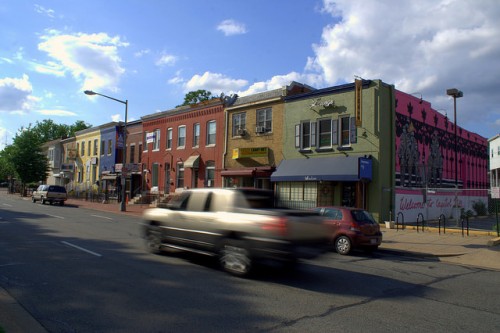 Another view of the northwestern corner of the 1400 block, with the mural and Wisdom visible. Photo courtesy of John Cochran. 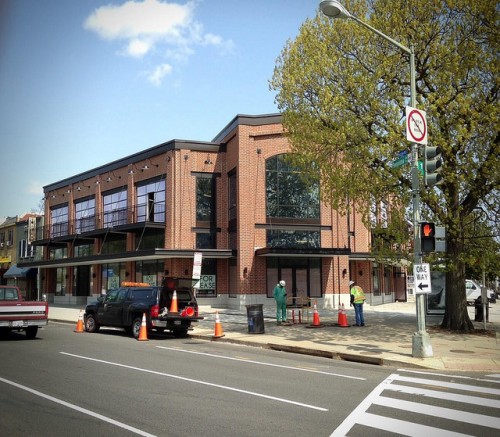 The corner as it stands currently. The building houses a paint store at the bottom and the mural is hidden. Photo courtesy of John Cochran. 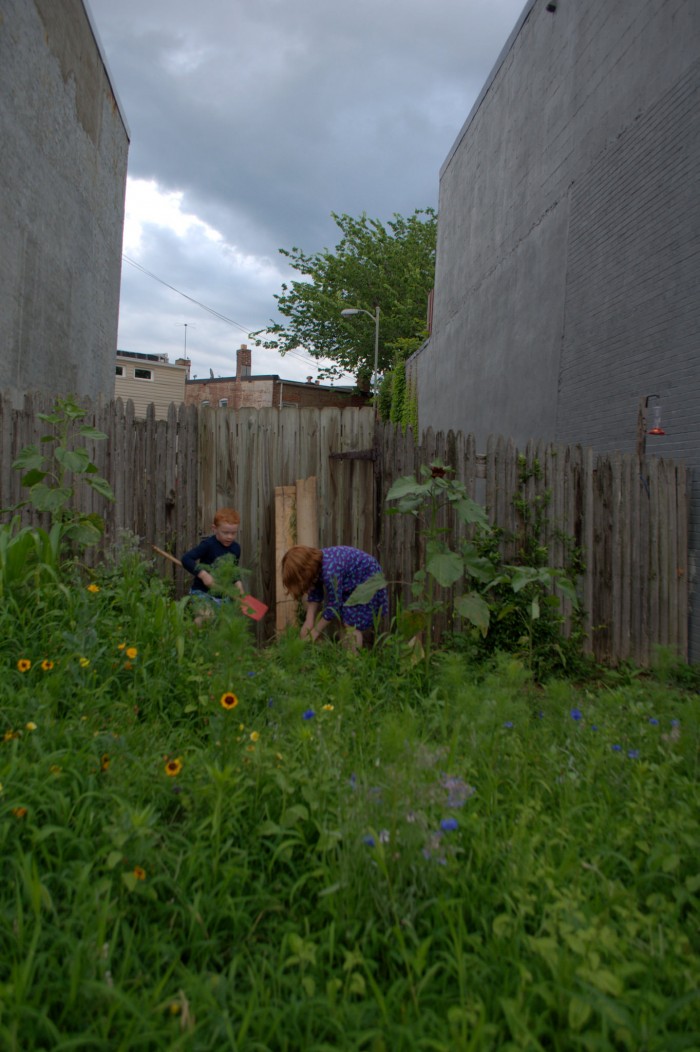 A little patch of green in between two houses. The photo is from 2013. According to John, “Longtime neighbors believe the lot at 706 15th St. S.E. was vacant for about 50 years. Kids played in it. Now a house stands on it again, finished late last year and recently sold.” 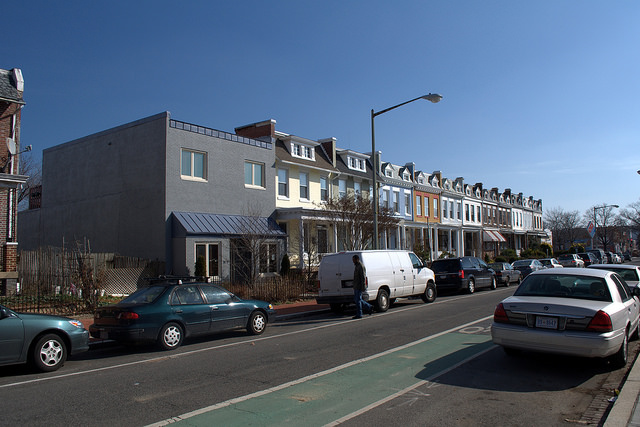 Another view of the gap between houses in the 700 block of 15th Street SE. Photo from 2012, courtesy of John Cochran. 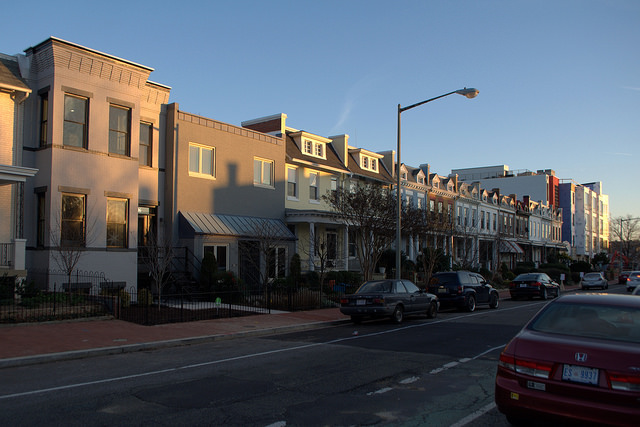 The same part of the block, taken from a very similar perspective, January 2016. The new house looks like it’s always been there. Photo courtesy of John Cochran. 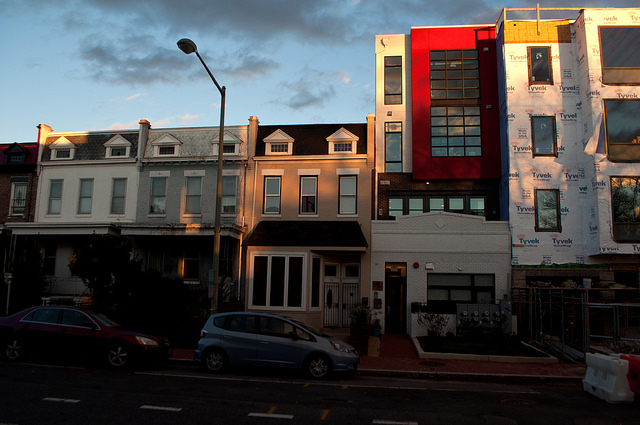 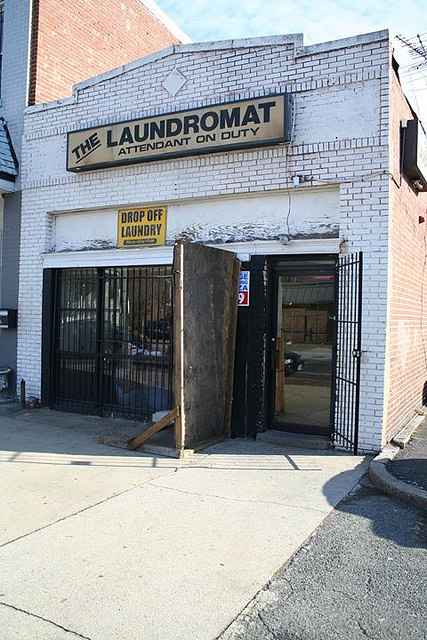 Of course, the additions to that part of the neighborhood have not ended: 1401 Pennsylvania Avenue SE, formerly the site of New York Pizza, will be developed into a new retail project with 174 residential units. The benefits to the community will be palpable –tree canopy and Metro improvements among them– but it makes me wonder what will be lost? Maybe it will be all positive; maybe we will get even more Petcos and Starbucks. The truth is perhaps to be found somewhere in the middle.

2 responses to “Transformation: A Neighbor’s Chronicle”