Two weeks ago, I wrote about the first schools in the Navy Yard neighborhood, and how two buildings formerly used for other purposes were repurposed for this new task. Today, I will look at other schools, including some buildings that are still in use, in the neighborhood.

In spite of their slipshod nature, the two buildings – the old Odd Fellows Hall, and the former Anacostia Engine House – were used for some 20 years. The Anacostia Engine House school, which had never been given any name, just a series of numbers, over the years, was eventually named for Walter Lenox, who had been mayor of Washington in the 1850s. However, this did not last long, as, in 1887, a new school with this name was built at 5th and G SE, the same year that the J.R. Giddings school was built a few blocks away. The reason that there were two schools was that they were segregated: While the Lenox school was built for the area’s white students, the African Americans in the neighborhood were sent to the Giddings school. At the same time, both of the original Navy Yard schools were closed.

This, however, did not stop the need for more space, and so the Tyler school was built a few years later, and in 1904 a new school was built on the site of the Odd Fellow’s Hall. It would be given the name Benjamin Brown French, who had been Clerk of Public Buildings under President Lincoln. Four years later, the Van Ness school, named for John Peter Van Ness, opened with very little fanfare. The Washington Star simply recorded that it was ‘fireproof.’ For the next 30 years, the Navy Yard neighborhood was thus well-served with schools.

Over the years, however, enrollment began to drop, and the need for schools declined with it. The first to close was the Lenox school, which closed in 1931. Many years later, this was turned into condominiums in which the original 14-foot ceilings and 8-foot high windows are used to great effect. 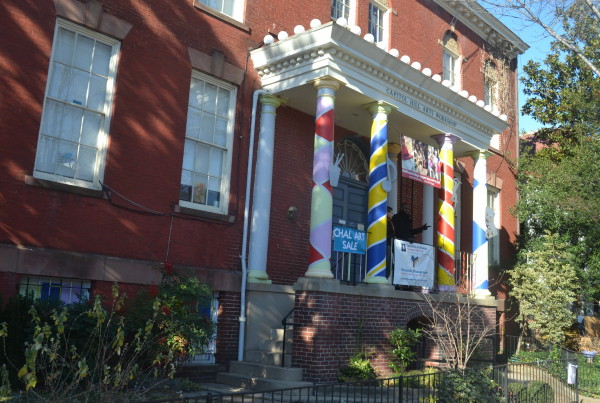 The French school was turned over to the Marines in 1942, and was later privatized, but remains in the education business as the Capitol Hill Arts Workshop. The Giddings school was sold in 1998, after which it was turned into neighborhood gym Results. The Van Ness school remained open until 2006, though by the end, it had fewer than 100 students. By then, however, the renaissance that has swept the whole city was in full swing near the Navy Yard. Squares that had been swept clean of all buildings were repopulated with new houses.

With this boom, there is a renewed need for schools in the area, and, once again, plans are afoot to open new schools, in this case, a revitalized and renovated Van Ness school will rejoin the Tyler school in serving the neighborhood. These two schools can look back at a history of teaching in the Navy Yard neighborhood that stretches back over 150 years.