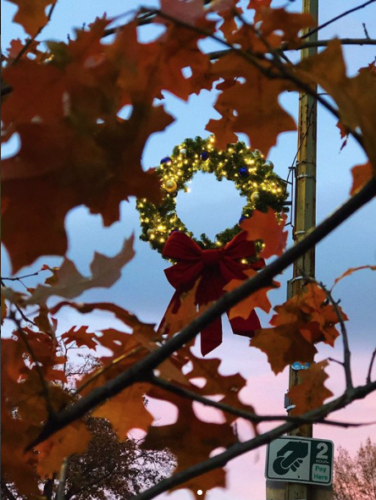 Photo by Katrina Avila, via our hashtag #thehillishome

Good morning, Capitol Hill! It was a pleasure to see many of you shopping and having fun at last night’s Sip & Shop. To those of you who supported us in kind by buying one of our t-shirts, THANK YOU! You are the reason we keep doing what we’re doing.

Without further ado, here is some Capitol Hill and DC buzz for your Tuesday:

The DC government trying to work with a Republican congress and Washington Football Team owner Dan Snyder to bring said team back to the RFK site seems like a pretty tone-deaf move. I understand the argument that having the stadium in the city would be a source of pride, but I cannot understand going against the wishes of an entire community while furthermore helping an ultra-rich and generally disconnected owner pay for the stadium. The fact that at Monday night’s Hill East task force meeting, a representative of DMPED denied that the Mayor was working with congress to neighbors who were asking him point blank is doubly disturbing. To borrow Charles Allen’s hashtag, #HailNO WAMU

There were shots fired around 12th and I Streets SE on Sunday evening, 12/9. MPD would like the public’s cooperation with any information.  PoPville

The day that we let Whole Foods and their marketing team dictate neighborhood traditions and, more specifically, naming traditions, is the day that we will think “couching” with caviar or turkey pho are unironically good ideas. WAKE UP SHEEPLE. (Having said that, maybe they are on to something with South Capitol Hill…?) Washingtonian

I confess: Most days, I don’t really get out of 20002, aside from my near-daily excursions into 20003 (but I really don’t count that). Had no idea that factor was a key definition of happiness, but… thanks, Updater? I think? Washington Post

My older son’s middle school earned three out of five stars in the newly-unveiled ESSA-required rating system, which you can check out over at https://dcschoolreportcard.org. I couldn’t be happier or prouder that he goes to Stuart Hobson Middle School and I would heartily recommend it to any parent, especially if your child has artistic leanings. There is so much more to a school than ratings and test scores. WTOP

So many restaurants are opening this winter. One of them is Cane, in the 400 block of H Street NE. Eater DC

Citywide: Hey, do you think Vision Zero is working? I know, I know: It takes time to see the long-term effects of road diets and other design elements, etc. The friendly bikey folks at WABA have put together a set of recommendations that could help move closer to an actual Vision Zero. Spoiler alert: If you’re a car driver, you’re probably not going to like some of them. As a pedestrian, I was very cool with it. WABA (pdf)

The exterior of the castle at 6th and East Capitol Streets is gorgeous. The interior is also quite pretty, if dated. I’m going to have nightmares about that exposed-brick turret– they will be cold, cold nightmares. Curbed DC