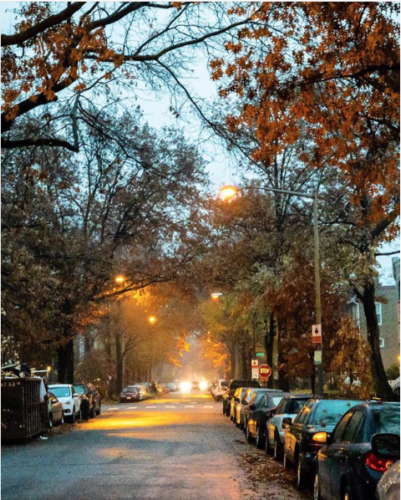 Hello, hello! It’s a cold, crisp late fall day but it looks like we’ll see some snow by the end of the week. Bad weather makes it tougher for your friendly independent retailers, so please remember: SHOP LOCAL! And if you don’t have a plan on Monday, December 10, make sure you join us for Sip & Shop, starting at 6 p.m.!

Those of you who ventured out to Whole Foods on Sunday got a lot more action than any of us ever bargain to get while getting coffee and breakfast on a day off: 28-year old Michael Whatley, Jr. was arrested for assault with intent to rob while armed. Frozen Tropics has more details, as does WUSA. We’re glad to hear the cashier is doing well: The scuttlebutt via Twitter is that there are a few of you out there who want to help the wounded cashier with expenses. Share the info with us and we’ll help amplify it.

Via reader and Trinidad neighbor Karen Ramsey, The Pursuit Wine Bar, currently at 1421 H Street NE, is moving in the spring to the 1100 block of H Street NE, where a planned branch of Two Amy’s pizza was going to open at some point. Rebecca, who is the sister of one of the owners and a shift manager, was the one who shared the news with Karen. We look forward to seeing The Pursuit in their new space: congratulations!

If I ever needed a reminder to dispose of my own kitchen grease responsibly, seeing the horrifying slime behemoth DC Water spokesman Vincent Morris tweeted over the weekend did the trick. The gross accumulation of illegally dumped grease was power-blasted somewhere along the 500 block of 8th Street SE on Barracks Row. The Washington Times has additional remarks on what he cheekily dubbed the #Fatberg. (What did we ever do before hashtags, you guys?)

Our 41st President, George H.W. Bush, died on Friday, November 30. The outpouring of condolence messages and stories of just how much of a great human being and all-around badass he was has done much to bring us all together. If you want to pay your respects to President Bush, he’s lying in state at the United States Capitol through Wednesday, December 5 at 7 a.m. WTOP has additional details.

Recently, Lara Atella of Hot Yoga Capitol Hill collaborated with yoga teacher and NYT writer Ari Bevacqua and LaShone Wilson on a great interactive piece for the New York Times on how to establish a short yoga routine. It’s worth your time and attention.

ANC commissioner-elect Corey Holman has been focusing on tickets and on 311 requests, especially in the Hill East area. You can read more about his findings here.

Citywide, with serious this-could-be-us overtones: Ever wonder what it’s like to live in a rapidly gentrifying area of town as a senior citizen? Washingtonian talked to a Shaw resident who lives at the Hodge apartments and the resulting article is both inspiring and and worrisome. Worthy read.

The place left behind by the former Uni Bistro will become Cane in the spring. PoPville