In news to wrap this year up right, the Council of the District of Columbia passed the Clean Energy Omnibus Act of 2018. The act calls for insuring that by 2032, 100% of the District’s power should come from renewable sources. It’s a dramatic step forward, and one that will make DC a model city for years to come.

The press release is below, complete with links: 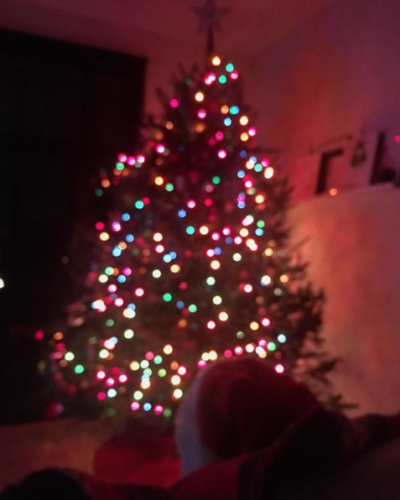 By 2023, the energy powering this DC Christmas tree will come from 100% renewable sources. Jolly tree photo by THIH reader @rubicco3, via #thehillishome on Instagram

WASHINGTON, DC — Today, DC Council legislators took the historic and dramatic step of passing the “Clean Energy DC Omnibus Act of 2018,” which mandates that 100 percent of the city’s electricity come from renewable power by the year 2032. This represents the strongest legislative mandate of its kind of any state in America. It will take effect in the nation’s capital — including the White House — even as the Trump Administration moves backwards on climate policy.

Click here for a summary of the bill’s main features. (Final bill with amendments will be provided upon request).

The Clean Energy DC Act is seen as a key response to the recent national and international reports that paint an alarming picture of of current and future economic and humanitarian harm to Americans unless the US and nations worldwide transition off of fossil fuels very quickly. By passing this bill, DC’s local legislators will take the lead nationally on climate change, shortly after Trump Administration officials atrociously promoted the benefits of coal at the United Nations’ annual global climate summit.

“We are on the threshold of passing legislation that will put us at the forefront of the nation in the effort to combat climate change,” said Councilmember Mary Cheh (Ward 3). “Even though by ourselves we are a small jurisdiction, we can serve and have served as a model for other jurisdictions. More importantly, we are in a loose association with other local and state jurisdictions so that even though the federal government is in default of international climate accords, we will meet them.”

“This victory shows the true power of determined grassroots advocacy,” said Camila Thorndike, DC Campaign Director at the CCAN Action Fund, sister organization of the Chesapeake Climate Action Network. “With the passage of this bill, we’re taking the power back from President Trump and taking control of our energy future. The majority of the country is with us — concern about climate change has never been greater. Now we know we can fight the odds if we organize. This is a new day for a new District of Columbia, and for grassroots organizing across the country.”

“This legislation reduces emissions at the rate demanded by the science, and it passed unanimously,” said Jamie DeMarco with the Citizens Climate Lobby. “There is now a clear consensus to act on climate, and we see that reflected in the bipartisan climate legislation that was recently introduced in Congress.”

“The nation’s capital is a model for the rest of the nation on climate action, leading the way to reducing greenhouse emissions through smart investments in renewable energy and energy efficiency,” said Mark Rodeffer of the Sierra Club DC Chapter. “We have spent incalculable time and energy working on this bill and we could not be more gratified by its passage today. D.C. has ambitious carbon reduction and climate targets, which we were not on track to meet before passage of this bill. But we’ll be on the path to substantial reductions of climate pollution once Mayor Bowser signs this bill.””

“Man-made climate change is the most serious threat human-kind has ever faced. Science is telling us that we have only a few years to act, or there is no turning back,” Rev Lennox Yearwood Jr., President & CEO, Hip Hop Caucus. “Our communities are already seeing the dire consequences from the continued use of fossil fuels through stronger storms, polluted air and water, and more droughts and wildfires. The historic passing of the Clean Energy Act today shows that local leaders in D.C. are committed to addressing the seriousness of the threat of climate change with solutions that can work for all. As the Trump Administration and some leaders in Congress take us backwards on climate action, D.C. and other local governments across the country should be commended for stepping up on behalf of our communities now and the planet for future generations.”

“For years, DC’s faith communities have been responding to the climate crisis by shifting to cleaner power and speaking out to the Council for our neighbors and all creation,” said Joelle Novey of Interfaith Power & Light. “In fact, over forty of the District’s congregations are already lighting their sanctuaries with solar power. Today, we’re so encouraged to see our city following our lead, and hope—as the nation’s capital—DC will serve as a hopeful beacon to the rest of the United States that our future is 100% renewable.”

“Climate change is a national emergency that for too many years District leaders have refused to address with concrete legislation,” said Justin McCarthy of the DC Statehood Green Party. “Make no mistake, we are still a long way away from solving the climate crisis, and additional action will be required down the road, but passage of this ambitious climate bill is a major step forward. We commend DC Council on its passage.”

“Communities that have done the least to cause climate change —the poor, people of color, coastal townspeople, displaced immigrants – disproportionately bearing the burden of climate change,” said Judith Howell, a member of 32BJ SEIU. “We cannot assume that humans can simply adapt to any change that we face and working people in the U.S. and around the world will be extremely vulnerable to those changes,” added Howell. “Unions can play a big role in fighting climate change. 32BJ SEIU has proudly signed on the New Green Deal in Congress and we strongly support the Clean Energy DC Omnibus Act.”

“Today, moms and dads in DC and across the country are celebrating the passage of an extraordinary climate bill—one of the strongest in the nation. Today’s vote is a real victory for our children’s health and future. Our Councilmembers have unanimously embraced clean energy and a safe future. Our families thank the Council for their bold climate leadership, and we stand ready to throw our full support around the implementation of this remarkable bill,” said Molly Rauch, Public Health Policy Director for Moms Clean Air Force.

The United Nations’ Intergovernmental Panel on Climate Change (IPCC) released a report finding that the world has 12 years to cut global carbon emissions in half in order to prevent catastrophe. And the Fourth National Climate Assessment, released by the Trump Administration the day after Thanksgiving in an apparent effort to reduce news coverage, paints an alarming picture of current and future economic and humanitarian harm to Americans unless the US and nations worldwide transition off of fossil fuels very quickly. The “Clean Energy DC Omnibus Act of 2018,” or “Clean Energy DC Act,” is seen as the District’s answer to these reports. It takes a comprehensive approach to reducing carbon emissions, cutting greenhouse gas emissions nearly in half  by 2032.

In addition, this legislation takes aim at emissions from home heating and transportation. It would scale up an existing utility fee called the Sustainable Energy Trust Fund (SETF), which would raise tens of millions of dollars to finance renewable energy and energy efficiency projects and provide assistance to low-income DC residents.  It would also adjust the vehicle excise tax to incentivize clean cars and make owning dirty vehicles more expensive. The legislation also authorizes the District to put a price on transportation fuels if Virginia and Maryland commit to the same.