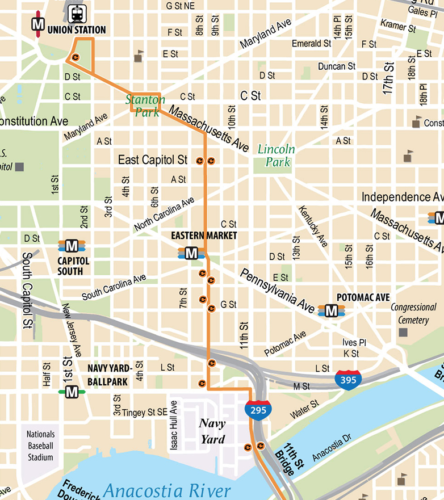 Do you love getting around town on the Circulator for just $1? There are changes coming to the Circulator routes that you need to know. The changes will be implemented starting this Sunday, June 24.

The Congress Heights-Union Station route seems like a particularly useful route for neighbors around the Hill, providing an additional option for weekend grocery hauls. It connects well with the existing Metrobus routes serving parts of the neighborhood. What do you think?