The Set List has your plans for the week covered! There is a crazy amount of shows in the next two weeks, including quite a few that are already sold out such as Glass Animals and the grand opening of The Anthem, featuring the Foo Fighters. Check out these highlights, including a festival this upcoming weekend! Also, don’t miss my interview with electronic-pop sensation Lights here. 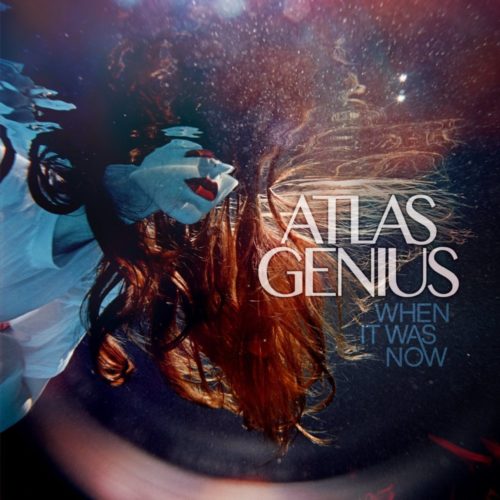 Aquilo, an alternative duo from England, is exactly what you need as the weather starts to cool down. When you think of the perfect soundtrack for a rainy day –where you spend it curled up with a blanket, wearing a soft sweater, and reading a good book– this is the style of music that comes to mind. Aquilo’s soft, dreamy electro-pop is perfect for fans of acts like Bon Iver and Vancouver Sleep Clinic. For tickets to the show at Rock & Roll Hotel on October 5, click here.

Straight from Virginia Beach, VA comes the good ol’ pop punk of Turnover. Though the band is still relatively new, they are quickly building a strong fan base with their catchy hooks and moody, atmospheric sound that spans three full-length albums and multiple EPs. Turnover has toured around North America, Europe, Japan, and Australia, but they are back in DC for their fall tour in support of their new album, Good Nature. Don’t miss the show on October 10 at the Rock & Roll Hotel. Get your tickets now.

All Things Go Fall Classic returns to DC on October 6-8! This year’s festival at Union Market features Galantis, Young Thug, Foster the People, Bleachers, and more. The festival also features a diverse selection of food vendors from around the city, as well as interactive features. Single-day and weekend tickets are still available. For the full line-up and to buy tickets, click here.

Of Monsters and Men isn’t the only band to come out of Iceland and take over the US scene. Kaleo beautifully combines folk, rock, and blues to create a multi-layered sound. Their 2016 album, A/B, also plays into the band’s many talents. Side “A” is more rock and blues inspired, whereas softer ballads fill the “B” side. Also, Kaleo has shot videos on both an iceberg and a volcano and has a traditional Icelandic song on the album. If that doesn’t spark your interest, I don’t know what will. Don’t miss Kaleo on October 14 at The Anthem, which is just right off the Hill. Get your tickets now.

PVRIS is a three-piece alternative/rock band that has been pushing boundaries since the beginning. Their music defies genre lines with dark, gloomy tones, upbeat electronic pieces, and incredibly emotional lyrics. PVRIS’s music is something that you have to really experience for yourself, whether that’s through headphones or in a crowd. I can attest that their live shows are insanely good. Their new album, All We Know of Heaven, All We Need of Hell, is out now. Also, Lights will be performing in support of PVRIS. You can check out my interview with her here. Tickets for the show at the 9:30 Club on October 16 sold out fast, so if you managed to get one you will have an amazing night!

If you’re in the mood for a more intimate concert, check out Atlas Genius on October 16 at the Sixth and I Synagogue. Atlas Genius is an Australian rock group that has taken over the alternative music scene with songs like ”Trojans,” “Stockholm,” and “63 Days.” They have toured around the country with huge acts like Imagine Dragons and played festivals such as Austin City Limits, Lollapalooza, and Firefly. Even when I saw Atlas Genius in an outdoor festival setting they were incredible, so this show is going to be one you don’t want to miss! Get your tickets for the 63 Days of Love Tour here.

With the opening of The Anthem, there will be even more big-name shows coming your way. Stay updated with The Set List so you don’t miss any of your favorites!