NSO In Your Neighborhood: Two Concerts at East City Books

The National Symphony Orchestra’s NSO in your neighborhood program has been all over SE this week, including not one but two stops at East City Bookshop. 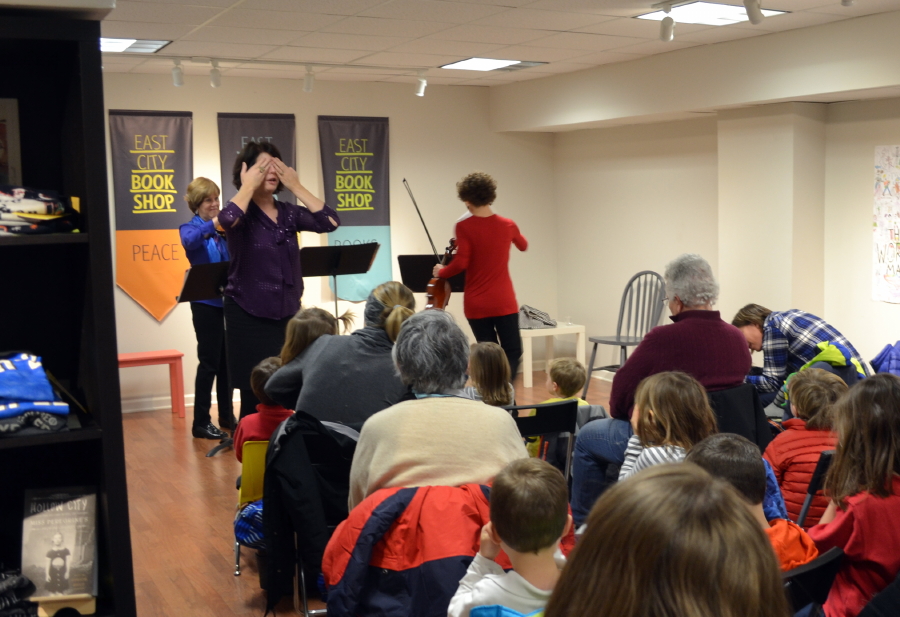 On Friday afternoon, there was a kids’ concert. Here, Kari Paludan urges the audience to listen – while her colleagues sneak to their stands. 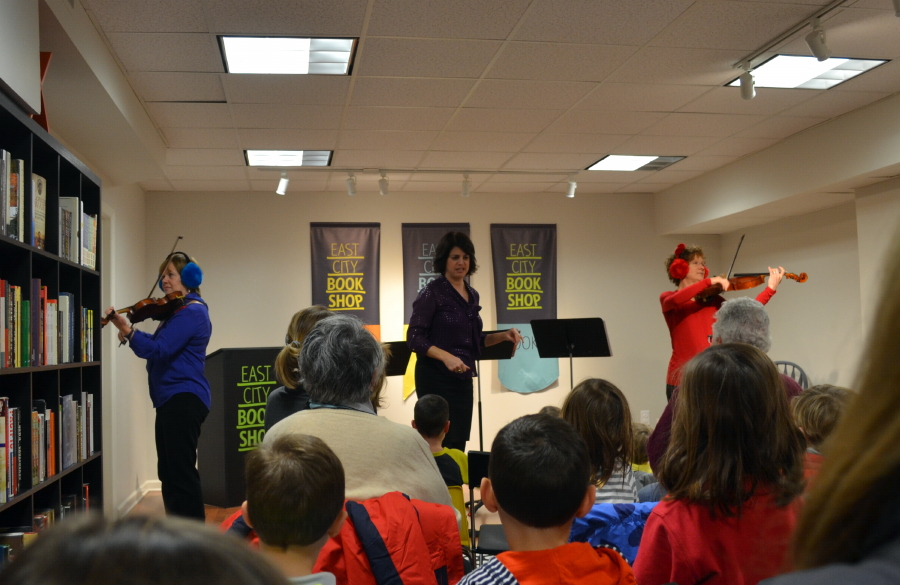 Learning about the importance of listening to each other when you play. The results of this experiment were…not pretty. 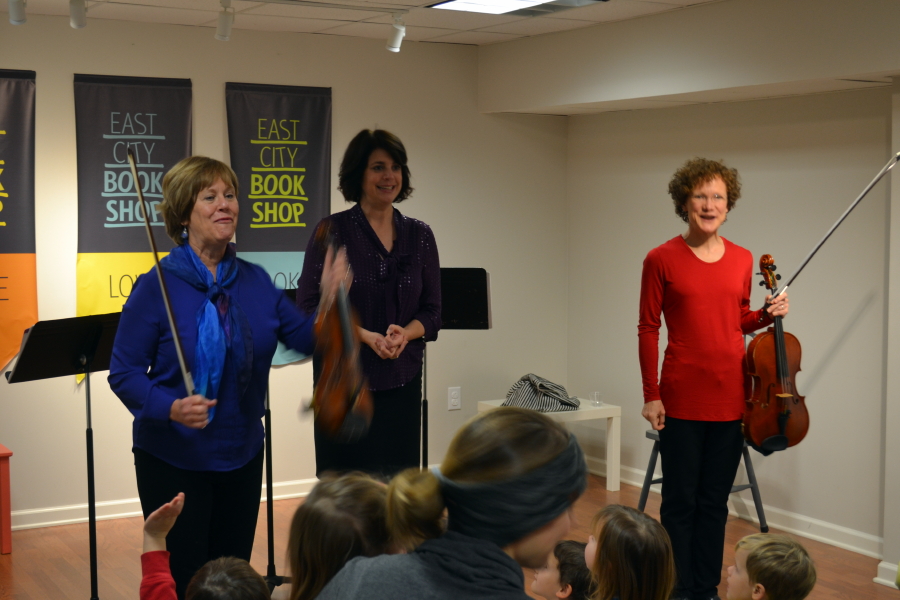 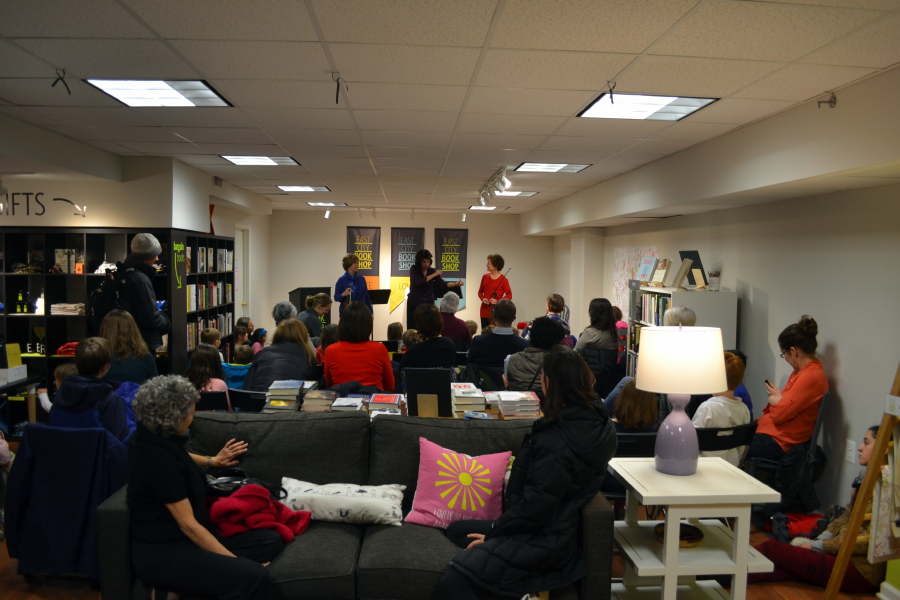 It was a large and attentive crowd. 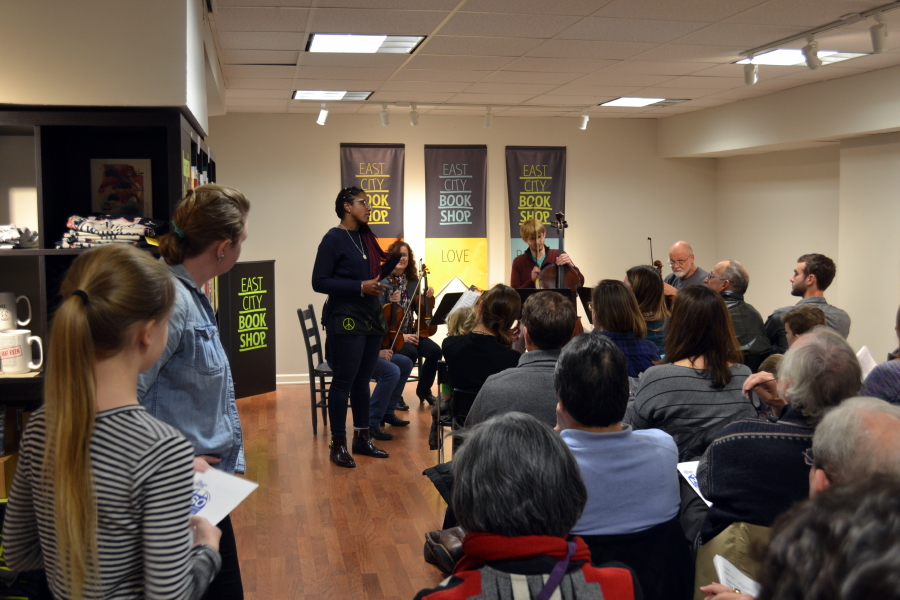 On Sunday, it was the adults’s turn: A quartet consisting of Claudia Chudacoff and Jane Bowyer Stewart (violin) Eric DeWaardt (cello) and Schuyler Slack (viola) 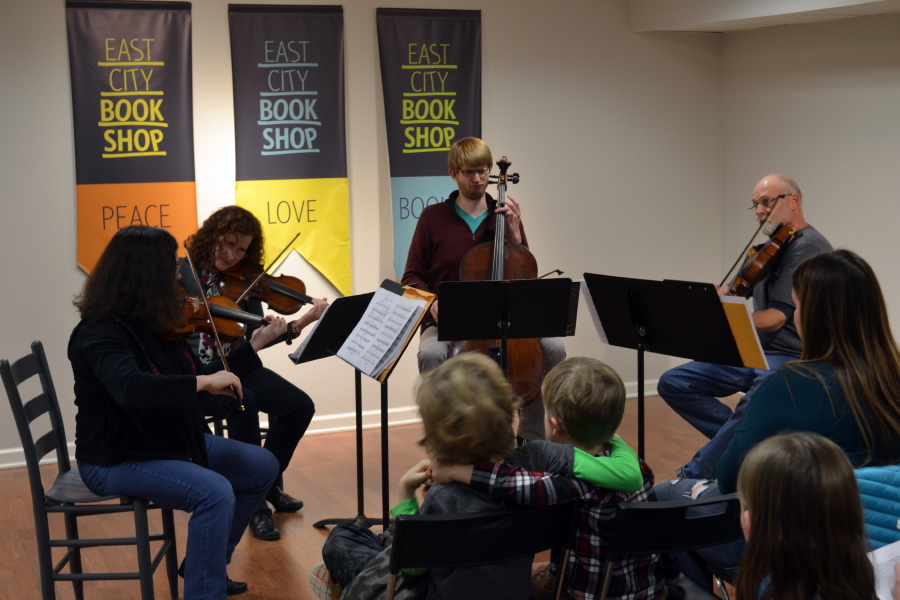 The four played a cross section of music spanning the 18th Century to today. 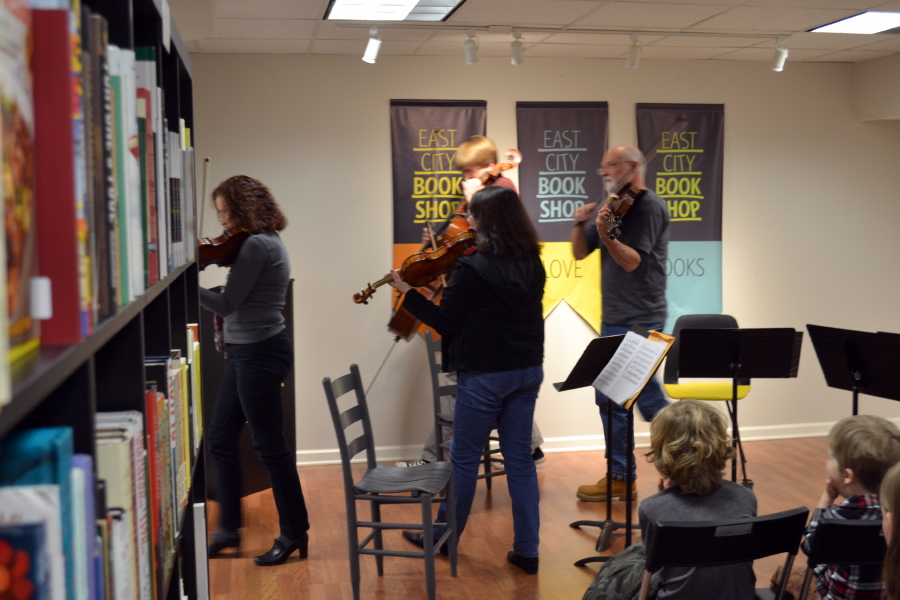 Most surprising was their disappearance at the end of Wynton Marsalis’s ‘Hellbound Highball’ from his String Quartet No. 1. 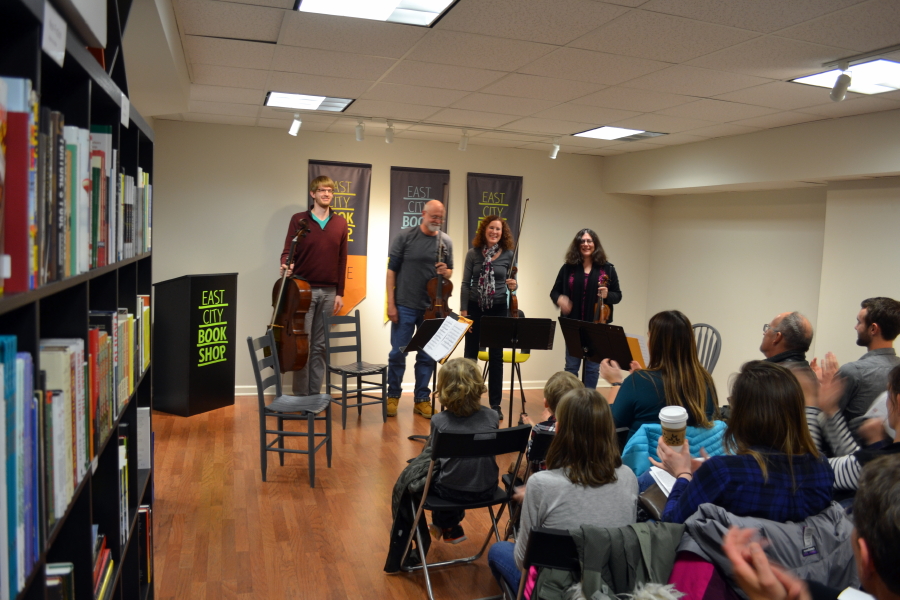 They returned to a large ovation from the crowd, which, once again, well filled the bookstores space.

Tags: #acreativeDC, music, NSO in your neighborhood, the dc arts